The Intel X99 platform that we used to test the Lexar JumpDrive P20 64 GB drive was based around the ASUS X99 Sabertooth motherboard with BIOS 1702 that came out on 04/15/2015. We used the boards SuperSpeed+ USB 3.1 port to ensure the highest possible speeds.

The Lexar JumpDrive P20 came formatted with the FAT32 file system and we left it configured that way for testing. 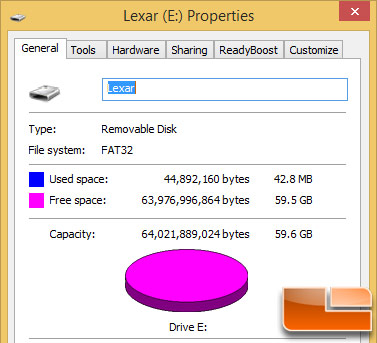