Taking A Look At The SLC Cache 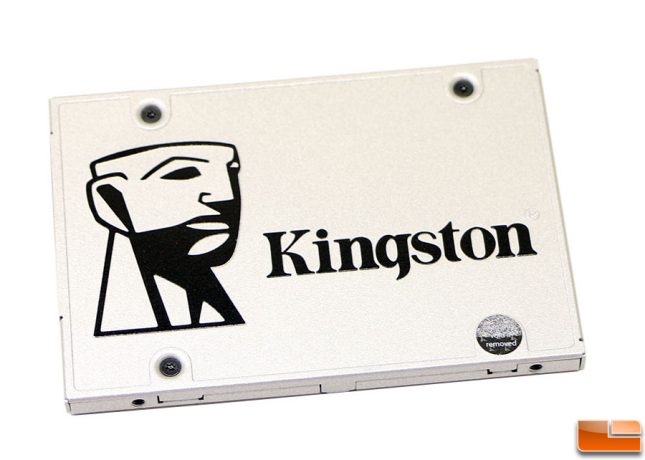 Triple-Level Cell TLC NAND based SSDs perform usually quite well, but when you copy a large amount of data to the drive without and idle time you’ll often find a large drop in write speed. TLC NAND is great in applications where write operations are limited , but is usually not recommended for critical systems that have heavy write operations as they have lower endurance ratings than SLC or MLC NAND and of course sustained write performance isn’t stellar. In recent years drive manufactures have been figured out that by using SLC or TLC treated as SLC as a cache they can keep the drives overall write performance high as long as the amount of data being written to the drive fits in the cache. If you overflow the cache, you are then writing directly to the TLC NAND and the write performance will drop down to that level. It should be noted that the SLC cache will clear once the drive idles, so this only impacts long writes that are many GB in size. This might not be a typical workload scenario for this ultra-value drive, but still something worth pointing out!

Kingston declined our request on how much SLC Cache the UV400 series uses, but we were able to get a pretty good idea by doing some testing on our own. We performed a 128KB sequential write until we filled the drive and found the Kingston UV400 480GB SSD was writing data at over 500 MB/s for about 16 seconds and then dropped down to 90-123 MB/s with the average being about 118MB/s of sequential write performance after the data was being written directly to the TLC NAND. Simple math showed that the SLC buffer used on the UV400 480GB SSD is around 8GB in size. Kingston might vary the size of the cache on other capacity drives, so just a heads up. 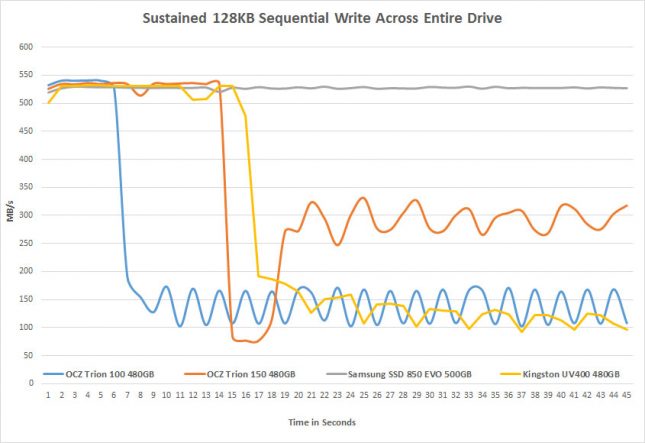