Before we look at the numbers, let’s take a brief look at the test
system that was used. All testing was done on a fresh install of Windows
7 Ultimate 64-bit and benchmarks were completed on the desktop with no
other software programs running. We went with an Intel Core i7-3770K Ivy Bridge processor and a Gigabyte Z77X-UD5H motherbaord for testing since they are the latest and greatest available. 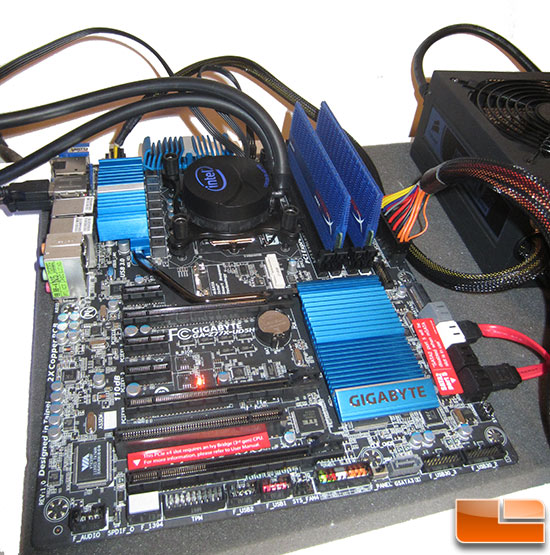 The Intel Z77 platform that we used to test the Intel LGA 1155
processors
was running the Gigabyte GA-Z77X-UD5H motherboard with BIOS F6 that came
out on 4/26/2012. We also used a Intel RTS2011 Water cooler and a Vertex 3 240GB SSD with firmware 2.22. You can see CPU-Z version 1.60.1 and GPU-Z screen shots below for additional platform information. 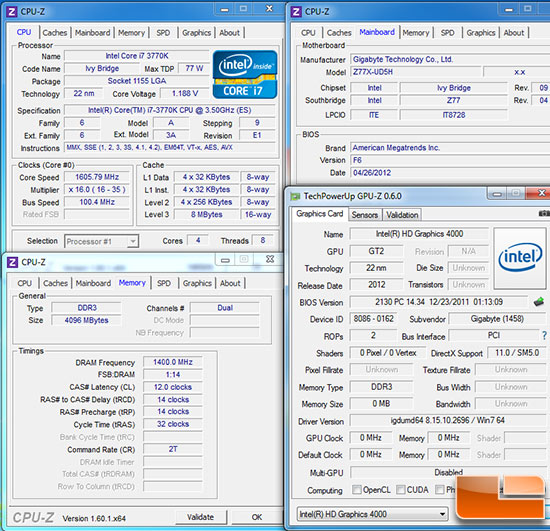