When Kingston Technology creates a HyperX memory kit they have to make sure it is capable of extreme speeds on the latest platforms. Unlike some of the smaller memory companies that move lower volumes , Kingston also just happens to be the largest memory company in the World, so when they announce something they have to be able to make it in large quantities. Kingston’s flagship memory line for overclockers and enthusiasts is without a doubt the HyperX T1 series. It is not intended for average users as these memory kits are often tailored for perfection using select high-end motherboards. Right now Kingston offers HyperX T1 memory kits in clock speeds of up to 2133MHz. A 2133MHz memory kit is nothing to laugh at, but its about to become old news.

This month Intel released the companies 3rd generation Intel Core processors along with the new Z77 Express chipset for motherboards. These new 22nm ‘Ivy Bridge’ processors and 7-series chipsets are going to be the staple of Intel’s mainstream desktop roadmap for the next 12+ months, so Kingston got to work and came up with some new memory kits or this exciting platform. Next month, Kingston will be releasing HyperX T1 memory kits with clock speeds of 2133MHz, 2400MHz, 2666MHz and maybe a 2800MHz kit if they are able to produce enough of the kits for public sale. This is a 667MHz or around a 31% jump in the clock speed, so this is a massive jump in terms of speed. Kingston also doesn’t offer a 16GB memory kit in a 2x8GB configuration, but that too will be changing next month. Here are the seven new HyperX memory kits that will be announced sometime in May 2012 if all goes as planned:

Kingston has clearly caught Ivy Bridge fever and will be pumping our various kits for the platform in the months to come. This is great news for everyone as advancements in the memory market have felt slow in recent months. 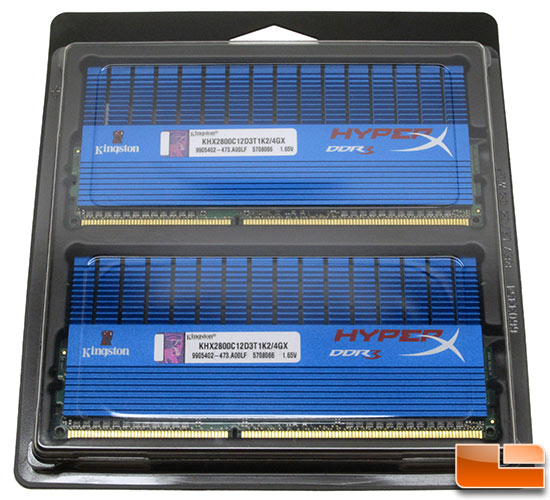 Kingston sent us their HyperX T1 4GB (2x2GB) 2800MHz memory kit to try out and to show off to our readers. We want to be up front with everyone and say that this is kit is designed or PR purposes and to get Kingston some attention. We were offered the very first kit of this memory in the United States, so we couldn’t pass up the offer and said we’d love to take a look at it. Since this memory kit may never see the light of day, we will be testing it not only at 2800MHz, but also at 2133MHz, 2400MHz, and 2666MHz. As we already mentioned, those speed grades will be made available for purchase next month. We’ll benchmark the 2800MHz kit at it’s rated speed and then lower it down to the other speeds with the proper timings to include benchmark numbers that will actually matter. We wouldn’t want to do all the testing in vane and make you waste your time reading something that means nothing. 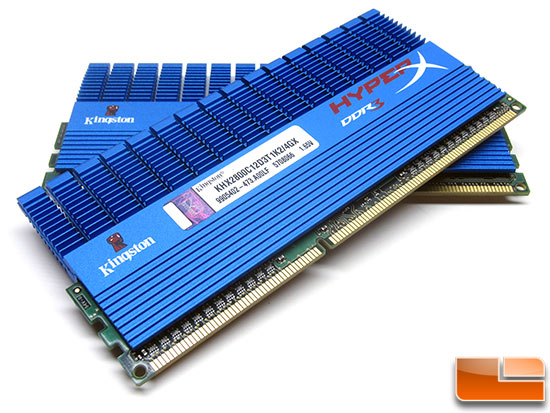 Our kit features part number KHX2800C12D3T1K2/4GX and comes with two SPD profiles. This kit was also Intel Extreme Memory Profile (Intel XMP) certified for 2800MHz speeds as Intel validated this kit on both the Gigabyte GA-Z77X-UD5H and ASUS P8Z77-V Deluxe motherboards. The first profile is at 2800MHz with 12-14-14-32 timings and the second is at 2666MHz with 11-14-14-30 timings. You’ll need to set the memory voltage to 1.65V in order to reach these speeds, so don’t think you can get away with running 1.5V to them. We have both of these motherboards here on the test bench, but we flipped a coin and will be using the Gigabyte GA-Z77X-UD5H motherboard for testing.