One great thing about the Pulsefire FPS mouse is that you simply plug it in and it works. No software to load, no special drivers, and no issues. It was just as happy my Surface Pro 4 and my MacBook Pro as it was on my desktop PC so it’s very flexible in that respect. 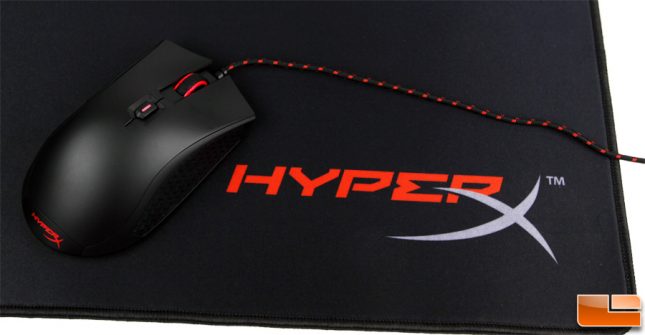 I spent a few days using the Pulsefire FPS on multiple applications from gaming, to web surfing, to writing this review. After all, most probably use only one mouse for all purposes so even though this is a gaming oriented mouse, I felt it was important to see how it worked out as an all-around performer. I have medium to large sized hands and it’s a comfortable fit for me with a palm/claw grip that I’m already used to. The rubber grips on the side feel very nice and definitely give plenty of grip. The left/right buttons click with a satisfactory feel (can anyone really say any click feels ‘good’?) without being overly sensitive to finger pressure and the thumb buttons are well placed for easy access without undue effort. The scroll wheel has a tactile bump feel when scrolling and the resistance is enough to keep it from free spinning, yet takes little effort to roll which is nice. It also clicks down to activate free scrolling when on a browser, document, or other scroll-able application but no side to side scrolling by pushing to the left/right.

The DPI button is directly behind the wheel so it’s tough to click with just a finger movement but rather requires a larger hand movement to put it in click position. When clicked, the color cycles along with the DPI setting and works very well. At 1600 DPI (blue), it felt like the perfect for me and 3200 DPI (yellow) tracked a little fast for my tastes. It should be said that I generally like a sensitive mouse as anyone who’s used my computer before can attest to because they generally ask how I can possibly use the mouse at that setting. The least sensitive 400 DPI (white) setting would make for a great sniper setting as it’s too slow for normal computing and since there’s no dedicated sniper button, this is likely its only real purpose. The 800 DPI setting (red) is one that would probably appeal to most but a little on the slow side for me. Obviously, Windows lets you tweak mouse settings but that’s true of any mouse so I didn’t take that specifically into consideration. Overall, I had no issues with lag or poor tracking in any application so no complaints there. 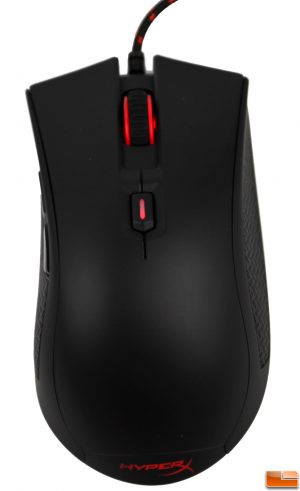 At 95 grams, the Pulsefire FPS mouse feels a little light to me but I’m used to using a much heavier mouse and I didn’t feel it was too light to the point where I would have inadvertent movement. The cord doesn’t put up a fight as it’s very flexible and I really like the red/black pattern it has. Though the light weight may convey a ‘budget mouse’ perception to some, it appears to be very well made with no odd gaps in the plastic and no uneven lighting. The cable quality is excellent as well with a tight weave that doesn’t seem to be apt to catch and fray like some mice I’ve had in the past. It does carry a two-year warranty against defects in workmanship so no worries about issues with quality.