Q & A with Maingear’s Chris Morley 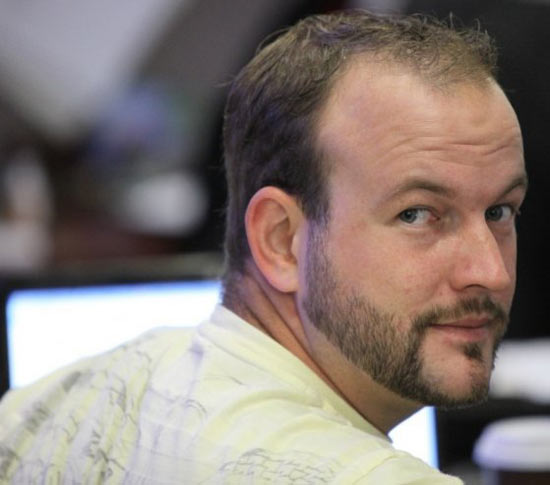 We recently had the chance to ask Maingear’s chief technology officer (CTO) Chris Morely some rather pointed questions regarding their history, philosophy, new offerings and their future plans for world domination. After much secrecy prior to the November 2nd launch of Shift, their new site is now live and Chris Morley can share why your next PC should be one from Maingear.

For those who may not be familiar with Maingear,
give us a little history of the company and how it got started.

MAINGEAR was formed in 2002 as a boutique performance PC company. MAINGEAR focused on gaming and modified chassis to improve airflow, added automotive paintjobs, and overclocked components. In 2005 we began to participate heavily in the [H] Consumer Systems Integrator program and gained a lot of exposure. As more and more companies were featured, it was clear that we stood apart when it came to the customer experience. We’ve taken that momentum and run with it ever since.

You know, I’m sitting here answering this question, and I’m the one that developed the [H] Consumer division for [H]ard|OCP, if that tells you anything about how highly I came to regard MAINGEAR before I came to work for them.

Up until this point, what are you most proud of?

Of course we’re proud of everything product we develop. We don’t ever just throw anything out there. If we had to put a finger on it, it would probably be Olivia Munn getting all gushy over our system on G4TV – or being CNET’s #1 Editor’s Pick desktop for 10 straight months. But beyond that there’s other, less visible things.

We’re proud of our customer service record. We sleep well at night knowing that we go the extra mile for our customers. We’re real proud of that.

We’ve also been able to stay true to our roots and have not compromised over the years in the key areas of our business. Even as we have grown, we continue to employ the same methodology to our products and our service. We’ve been an acquisition target several times. We’ve turned it down (other well-know companies who were 2nd or 3rd picks did not, however). We’ve not compromised in our quality or customer service to turn a quick buck or chase everyone down to the bottom. We don’t install bloatware to subsidize the cost of our builds..

We’re a debt free company. We’ve weathered the economic downturn without having to fire anyone. We still employ nearly all of the people that we began with. We all go out and have dinner and drinks together. We’re friends outside of work.

Personally, I’ve never seen a more dedicated and motivated team of people in this industry. I’ve never been involved in projects where there were no personal agendas involved, or where ego never got in the way of a good thing. With as difficult as this business is, our corporate culture, which touches everything we do internally and externally as a company, has really had a strong positive impact on everything we do.

Maingear is going through an exciting transition
right now; tell us a little bit about what is changing.

Wow. Exciting is the word. We’ve changed everything from our logo up through our product range. We’re becoming a solutions company. We’ve always said that a well built gaming computer is good at anything, and we’re trying to parlay that into spreading our philosophy to the mainstream.

We want people to know they can expect more out of their computer. You can get one that doesn’t look like Voltron and still have performance components inside. We don’t need to put retina-searing LED lights on our PCs to let our customers know they’re buying the best PC on the market. We want people to know they don’t have to buy a computer that is bogged down with bloatware. We’ll leave the advertising to the billboards.

And we want people to know that all this performance and customer service is delivered with the best consumer OS on the market, Windows 7. The PC world wants their customers back, Apple, and we’re going to make that happen.

What was the impetus for the change?

For us it was logical. We’ve found that over the last year we’ve won an incredible amount of awards in this business. We’ve just had four record breaking sales months in a row. Our ASPs have more than doubled. We must be doing something right. Others are pulling away from our segment of the market out of fear for the economy or because of poor strategic choices. They’re all chasing each other down to the bottom dollar with cheap configurations and netbooks. That’s left us alone in a field with few if any peers. So we just decided we’d make the whole playground ours. đ

Do the changes extend to your service model as
well – how so?

Well, the funny thing is we’re really just doing what we’ve always done: take care of the customer. We’re just doing a much better job of talking about it than we have in the past. In the past we just did it. But now we’re calling this service Angelic Support. It’s a list of promises we make to our customers: they’ll never talk to anyone on commission, they’ll always speak with someone who’s built a MAINGEAR PC, they’ll never be oversold, etc. We’re utilizing every modern method of supporting a nation-wide customer base including the latest in hardware-based, remote diagnostic technology, 3rd party on-site support, and more.

Lifetime service is a huge commitment and a bold
service offering, yet refreshing for this industry. Tell us how this idea
evolved.

Well, we just figure we’ll be happy to talk to our customers as long as they want to talk to us! We’re willing to stand by the systems we build. We know that people will eventually replace their system. So the lifetime of the system will probably be five years, max. Are we willing to give free tech support over the phone and stand by our labor for that long? Absolutely. The hardware warranties available are at one and three years. And since we use high quality components from well-known vendors, sometimes some of these components may carry their own lifetime warranty independent of ours!

How big of a role does customer feedback play in
how Maingear operates?

Huge. We take feedback from our partners, feedback from the tech press via reviews, etc, and of course we take feedback from our customers. Let me give you an example. We launched a laptop model a couple of years ago that a very good customer of ours purchased immediately. When he got the machine, and he was one of the first, he called us up and said he was disappointed. He said that it just didn’t “feel” like a MAINGEAR. That really shook us. We’d never heard that from one of our customers. So we had an “all hands on deck” meeting and discussed it. After looking at the laptop model in that way, we ended up agreeing with the customer! We gave him 100% of his money back and we pulled the product from our lineup. Now, whenever we decide to offer a laptop, we make sure it’s in-line with every other product we offer. 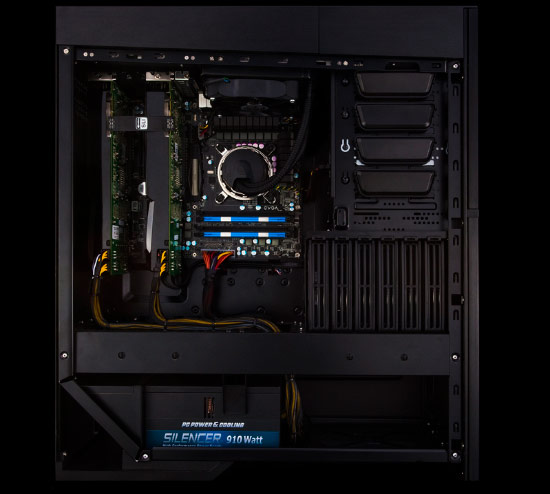 Tell us more about the Shift product line that was just announced this week.

This SHIFT is, at the core, an everyday supercomputer. We recognize the increasing role the GPU is playing in everyday computing, so we’re giving it a prominent role in the SHIFT by being able to cool up to three of the most powerful that NVIDIA and AMD have to offer. We do this by rotating the motherboard so the video cards can exhaust hot air out the top of the chassis. We draw in cool air from the bottom, and dual 180-mm fans assist in this process. The end result is we can power and cool any enthusiast configuration on the market.

But the SHIFT is more than just specs and gigahertz. It’s a real trendkill. As I said earlier, no plastic, no bling, no Japanese anime or alienheads here. It’s a purebred PC that is aimed at anyone who wants the ultimate PC experience.