When you first started doing this not many
people knew who you were, but in recent years with social networking
you personally became the sole person associated behind Catalyst
drivers. Did this make you the most loved or hated person at AMD/ATI?

I don’t know Nate, I
was very active in the enthusiast circles through forums on many tech
websites since the early days. It is true that social media sites like Twitter have given a lot
more people direct access to me though. The one thing I can say though
is that it amazes me how many great people are out there that love to
keep in touch and exchange views on technology with me via twitter and
also as remarkable is how disrespectful and downright rude a small
handful can be when they hide behind the anonymity of the net.

Speaking of ATI and AMD… What is your
honest personal opinion, should AMD have dropped the ATI brand name from
their product series?

We all feel an attachment to the former ATI name. The team that decided on the branding change had done a ton of research and homework before dropping the ATI brand. Everything right now is pointing to the
fact that it was the right decision after all. 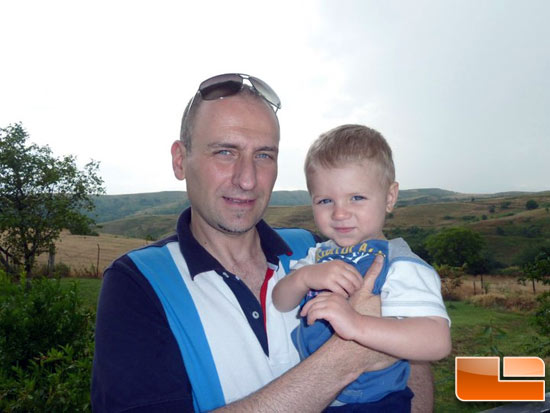 We know you get a ton of hate on the
forums and on Twitter when someone has a driver bug. Does not being
able to help everyone bring you down at times as we know you care about
gamers?

For sure!!!!!! There are usually three scenarios with bugs.

We know Catalyst drivers get downloaded
millions of times every month, so are there any statistics of complaints
versus downloads that you can share with us?

Catalyst gets
downloaded on average 5 million times a month so 60 million annually. I
dont know the number of complaints but the only way we formally can
accept bug reports is through contact with our tech support. We used
to get about 100 contacts per release (usually on the same 2 or 3 issues)

When AMD releases Fusion APUs will those
get monthly drivers? Will they be called Catalyst as well or will we
see a new term being used for APU drivers?

Can we do a follow up
interview in a few months? Those exact questions are the things I will
begin thinking about in the new year.

What video card do you have in your personal system right now?

At home I have three
systems. A laptop which has an older discrete Radeon in it, a media PC
which has a Radeon HD 5500 in it, and my killer gaming rig which
currently has a Radeon HD 6950 2GB video card in it.

If one of our readers has a driver issue with their AMD Radeon HD graphics cards where should they go to report it?

Calling tech support
is usually a good first step, but  as an alternative, called the “Catalyst Crew”
feedback program. Every month our customer support team would compile a
list of prioritized issues based on the feedback given on Catalyst Crew
and with that we have clear guidance on what needs to get fixed.

Since you are leaving the Catalyst team are you going to have to give up the CatalystMaker twitter name?

I don’t think so but we will see how it goes.

Well tell your readers
that they are all wise for being your readers 😉 I am truly a big fan
of LegitReviews and visit it daily and use it as one of my primary
sources for news and purchasing decisions. Lets end this with a classic video
from back in the ATI days LOL

I would like to thank Terry Makedon from
AMD for taking time out of his busy schedule to answer these questions
for us! Thanks again!