The New Reference Board 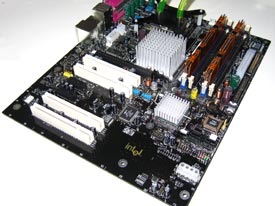 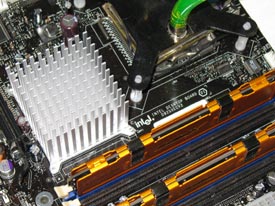 After seeing the pricing on the processor let me give you a little good news. The pricing on the new Intel 925XE chipset has been set at $50. This is a small price premium for the new chipset and should not have any impact on the street pricing on any brand of motherboards. To put it nice and simple the Intel D925XECV2 board will be priced the same as the current D925XCV1 boards. So if you are building an Intel system the 925XE chipset is the way to go for the time being. The image below shows something interesting we saw in the early stages of BIOS development on the new Intel 925XE boards 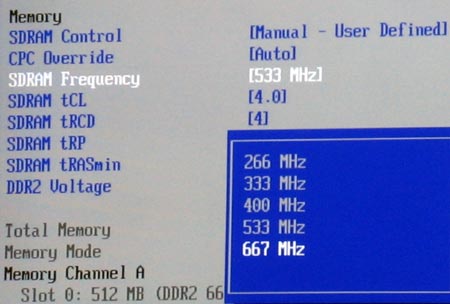 It looks like Intel was tinkering with the idea of adding DDR2 667MHz support to the new Intel D925XECV2 motherboard. Note I used the word tinkering and not implemented… If the board was set to run at a SDRAM Frequency of 667MHz the board would fail to post after the BIOS setting was saved. Discouraged, but still excited to see this idea in the BIOS we contacted some motherboard manufacturers and it looks like they got the function working properly. ABIT-USA’s marketing department confirmed that the ABIT 925XE board will include the 667MHz option. They were not sure if it worked 100%, but went on to say that it ABIT has the resources and abilities to make sure it is by the time consumers get it in their hands. It should prove interesting to see if ASUS, MSI and others will also include this setting. I’m sure that DDR2 667 will be run on this chipset, but it will not be validated by Intel. 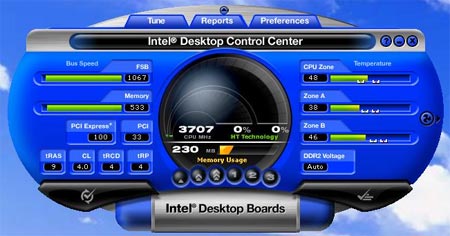 Above is a screen shot of the desktop control center that allows you to check on your motherboard settings. Something of interest is the fact that Intel now allows you to overclock the board 10%! This is more than previous Intel boards could be overclocked, so it looks like Intel is starting to broaden their thoughts for allowing users to overclock their products.

Let’s take a look at several quick benchmarks and see how the performance fairs and jump to the conclusion. Since no major changes have taken place on the CPU or Chipset we have done a “short” benchmarking section.