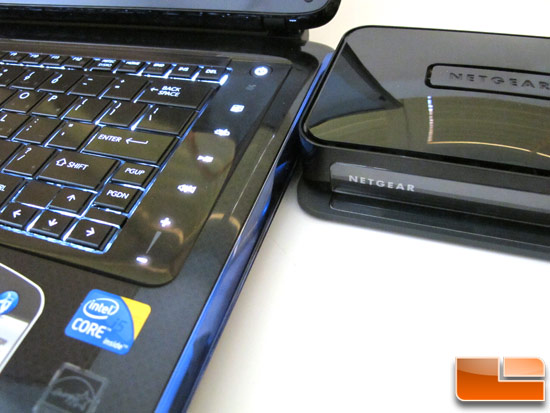 A few weeks ago I got a call from our Editor in Chief Nathan Kirsch asking me to look at a new technology from Intel called WiDi (“Why-Die”). Now I had never heard of this tech or this phrase so I thought he was pretty much off his rocker. It turns out that WiDi is the old name for Intel’s Wireless Display that is starting to roll out in selected laptops on the market. The Intel Wireless Display lets you view and share content from your hard drive, home network or content on your browser with your big-screen TV at home or in the office. Imagine being able to hit a button and throw the contents of your laptop screen up on a big screen or projector. All of this is done wirelessly! 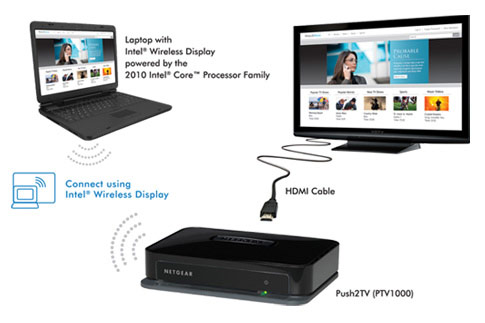 Now, we have seen numerous ‘set-top’ boxes that integrate quite well with you network to display multimedia content, but this wireless Display technology is a bit different.  Since this is a PC-based solution, you are essentially extending the desktop of your laptop to your HDTV screen. For some set-top media players, you have to make sure the video is encoded with the correct codec to play correctly and these boxes are just starting to have the ability to view and play online video content like YouTube and Netflix.

Intel’s solution is simple: If it can play on your computer, then you can view it on your television!

Intel has partnered with a handful of vendors including Netgear to make this technology available. To make it work, you need a 2010 Intel Core Processor Laptop with Intel Wireless Display running Windows 7, an analog or HD television with AV composite or HDMI input ports, and an Intel Wireless Display TV Adapt3r.

Like I said, Intel is just rolling this technology out and you can only find it available in three laptops as of this printing: the Dell Studio 15z, Sony VAIO S Series, and Toshiba Satellite E205. These trio of laptops are called Best Buy’s Blue Label Laptops – a series of products developed directly from customer feedback. 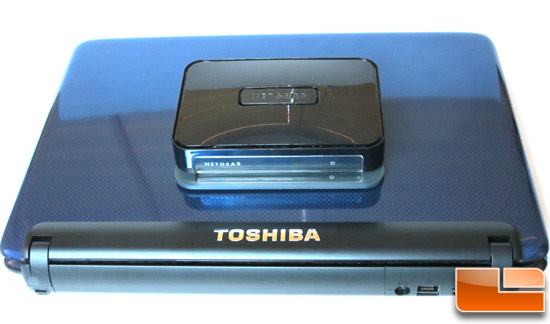 We will be using the Toshiba Satellite E205 laptop along with Netgear’s Push2TV (PTV1000) adapter ($99.99 at Best Buy) to see how well this technology works and if it really is something people should really be excited about or if it’s just another marketing ploy by Chipzilla. Personally, I want to know if using Intel’s Wireless Display is better than any of the media players that I have or if this is a better alternative than building a dedicated HTPC.