First off, we decided to test the 2.8E at its default vcore and see what she could do. We were very happy to see that we were able to run at a stable speed of 252fsb, which equaled a speed on the cpu of 3528mhz. This was a nice overclock for default Vcore.Here is a CPU-Z screen of our default Vcore efforts. 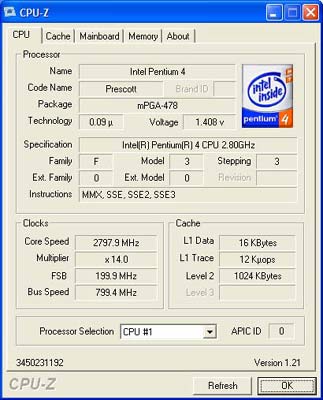 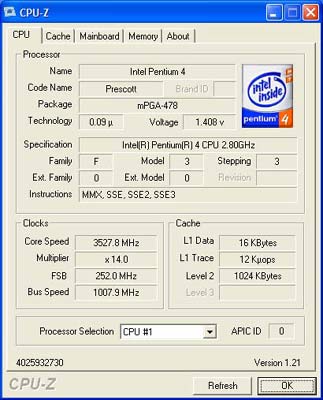 We were obviously never planning on keeping it at default Vcore, so we moved on to see how far we could push this chip. We decided we would go to a max of 1.55 on this retail 2.8E, so we slammed the vcore to that and re-ran our stability tests. Our results were quite pleasing, though no where near what we have seen some of the ES chips attain. Something else that we noticed is that the Asus P4C800E – Deluxe motherboard that we use has a tendency to overvolt. At our default vcore settings, it did just that as you can see from the screen shot, but once we set the vcore to 1.55 in the bios, the Asus no longer over-volted. Though it was a nice surprise to us, it was somewhat unexpected, since the Asus has over-volted every chip we have had in this board.

Anyways, with our Vcore set at 1.55, we were able to get an overclock of 270MHz FSB, which gave us a cpu speed of 3,780MHz. We did this speed at both 1:1 overclocking with our OCZ 4000EL and at a divider of 5:4 with our OCZ 3700 Gold Rev2. We would have to say that this chip absolutely screamed at these speeds. As far as temps go, we expected and got much higher temps as the Vcore was raised. At. 3.8GHz our cpu idled at 42°C and at load it reached 53°C. The temperatures did not seem to hinder our overclocking by any means. 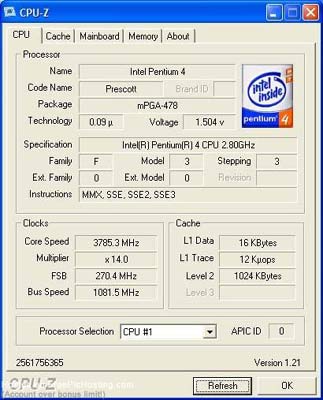 Let’s look at some of our screen shots from this overclock compared to default settings of the chip. Default pics are first, then pics at 270MHz FSB

Let’s look at some of our screen shots from this overclock compared to default settings of the chip. Default (200MHz FSB) pics are on the left, then pics at 270MHz FSB on the right. 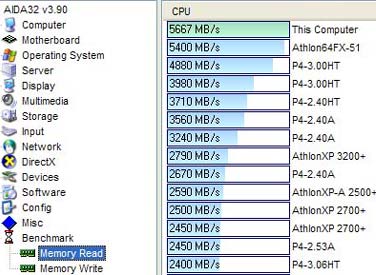 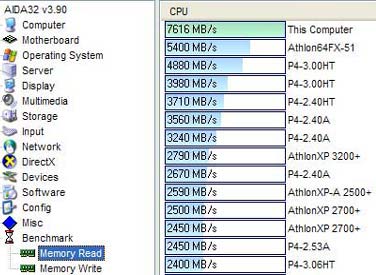 We were very surprised to see the read results, especially on the overclocked result — over 7600MB/Sec! We re-ran the test several times, and this was a repeatable result! Look at the writes now: 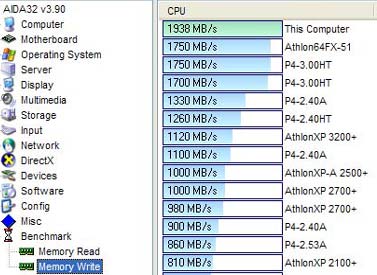 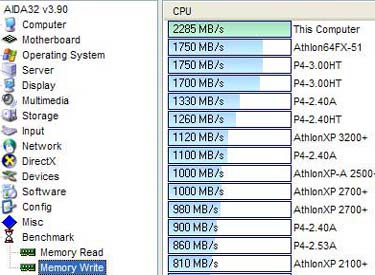 This was a pretty good increase as well, but nothing out of the ordinary here. Sandra unbuffered is next. 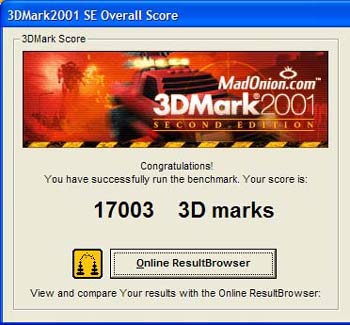 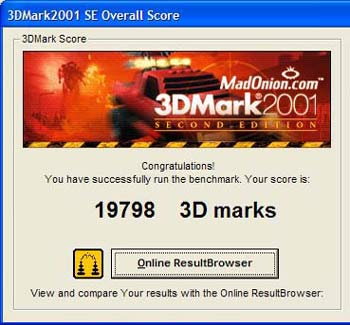 Here we see a very nice 16% increase from 200MHz FSB to 270MHz FSB. Pretty nice scores here, especially considering there is no overclocking on the video card. 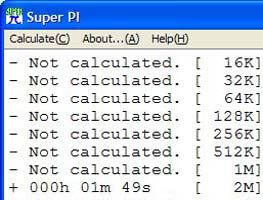 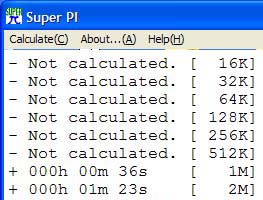 Our default test of Super Pi to 2 million places came in at 1 minute 49 seconds, so there was a dramatic improvement with the overclocking.

Going into this review we had high hopes of our retail processor. We reached 3.75GHz, which is just shy of a 1GHz overclock. Not only is this a very nice overclock on an early production core, but it was also done with air cooling. This Means that all you enthusiasts at home on a budget have something that can be reached without dumping your wallet out. We did take it easy on the Vcore, as 1.55 would not be extreme for the Northwood. From what we have found during overclocking this looks like a promising beginning of the Prescott core! We should see it scale quite well with the socket change.

While many have pointed out the downfalls of the new core, it is in all reality just the first step in the process of moving forward to higher clock speeds and a new socket design in the near future. Right now the Prescott is a tad slower than the Northwood at equal clock speeds, but Intel has told us that the Prescott will get better as Intel comes out with higher clock speeds. The sweet spot for the Prescott is rumored to be around 3.6 – 4.0GHz, which are speeds that we are able to get with the retail 2.8E processor with good air cooling. Most benchmarks we have seen seem to place it slightly behind the Northwoods, but when ours was overclocked to the 3.8GHZ, we can certainly tell you this was one fast chip!

Lastly, keep in mind that Intel is making some slight modifications to the Prescott core right now. These changes should help address the heat issues that we noted on in the past. Once we get the newly modified core from Intel we will be sure to let you know the differences in temperatures and if any performance differences can be noted.