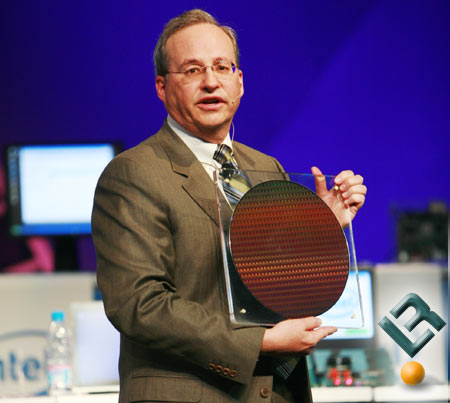 With the Beijing 2007 Intel Developer Forum in full swing the amount of information that is coming out on Penryn is nothing short of amazing. Intel has even gone as far as showing performance numbers and has had systems up and running with these 45nm processors this week in Beijing, China. Legit Reviews has recently covered the upcoming Penryn and Nehalem 45nm processors, so be sure to read up on our previous coverage to better understand the changes that are coming. 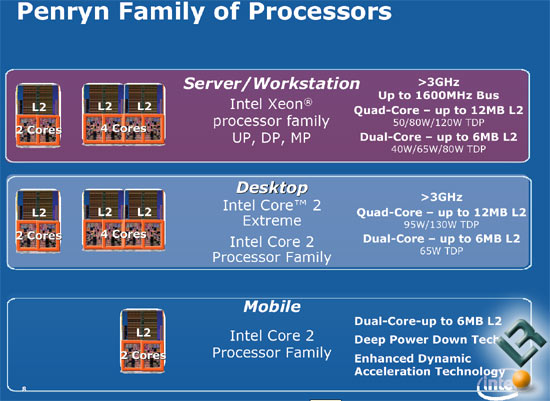 To quickly sum up Penryn for the desktop market, there will be two versions.  One will be a quad-core varient with 12MB L2 cache and the other will be a dual-core part with just 6MB L2 cache, since it is missing a core.

Current Core 2 Duo and Core 2 Quad processors have 16-way associativity, but on Penryn this number has been increased to 24-way associativity, which improves the access paths to the larger L2 cache. Other than the performance improvements that are taking place in the cache the Penryn processors have a new SSE4 instruction that can be used on various media, gaming, and graphic applications.  Now that we have a quick background on the processors lets skip on to the performance numbers! 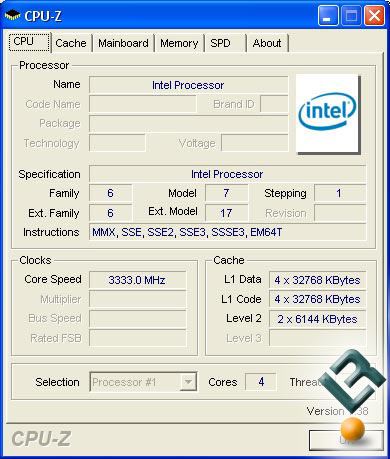 With CPU-Z 1.38 loaded on the Intel test system we can see what a quad-core Yorkfield 45nm processor shows up as in the test system!