Last month Intel introduced a new M.2 2280 ‘gum stick’ drive called the Optane Memory H10 that combines Intel Optane (3D Xpoint) memory and Intel QLC 3D NAND Flash memory on one drive. This is super exciting as it is the first time memory and storage technologies have been combined on a single M.2 drive that works with both desktop and mobile PCs.

It has been a long journey for Intel Optane Memory to arrive in mainstream client systems, but we are finally starting to see Intel’s hard work pay off. That is because the new Intel Optane Memory H10 (Intel code name Teton Glacier) helps accelerates system responsiveness and improves overall performance by a good deal. It is different than the Intel Optane Memory M10 Series that came out in Q1 2018 as a caching solution that sat in front of a storage drive. In fact, Intel is seeing up to 60% faster launch times when it comes to games with a system using the new Optane Memory H10 solution versus a system from last year using Optane Memory M10 paired with another drive. Not only is the user experience better, but only one storage drive slot is needed and that is a big deal for small form factor systems!

We should mention that Intel Optane Memory H10 with Solid State Storage drives come in three different capacities and that all are single-sided. The capacities that are coming to market first are 256GB, 512GB and 1TB drives. The smallest 256GB drive comes with 16GB of Optane memory while the larger capacities come with 32GB of Optane memory. Intel went with the SMI 2262 NVMe controller on all of the drives for those that are curios what SSD controller is used for this series.

Intel Optane Memory H10 is initially being released to the OEM market where they will find there way into Ultrabooks and mobile products. Motherboard makers have already started adding support for these new hybrid drives to their latest UEFI/BIOS revisions, so eventually these will be headed to the ‘DIY’ channel. Since these are OEM only drives for the time being no pricing guidance was offered on what each drive costs. What Intel did inform us is that we would likely see the 256GB drive on systems in the $799 to $949 price range, the 512GB drive in the $949 to $1,499 range and the 1TB drive in systems over $1,499. System vendors determine system price points, but that is a rough estimation on where you’ll find systems with Intel Optane Memory H10 solutions.

The Optane Memory H10 M.2 2280 drive uses the usual M.2 slot and is a PCIe 3.0 x4 device. What makes this drive really unique is that the lanes are bifurcated between the Optane Memory media and QLC NAND. So, you basically have two separate drives residing on the single M.2 board with the PCIe lanes split evenly between the two. This is why existing platforms need to have UEFI/BIOS updated as they need new ‘hooks’ in place to handle each drives own dedicated controller and storage media. Intel Optane Memory H10 will work only in systems running Windows 10 64-bit systems with Intel 8th and 9th Gen processors along with Intels Rapid Storage Technology (RST) software. One can imagine how hard it would be to get thousands of platforms ready for these drives, so we understand why this is rolling out on OEM PCs first. 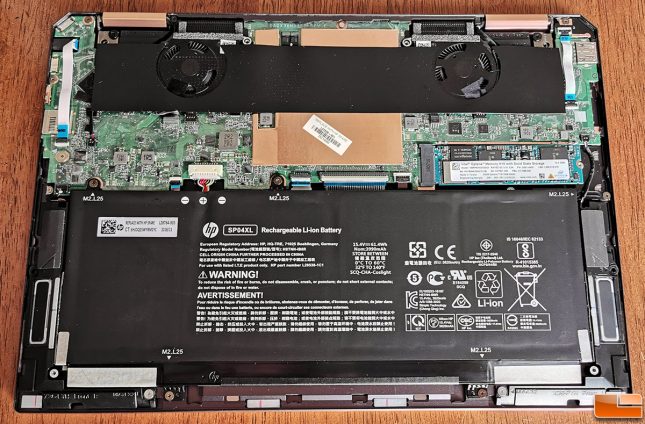 Let’s take a look at the benchmark results and our conclusions on the next page!