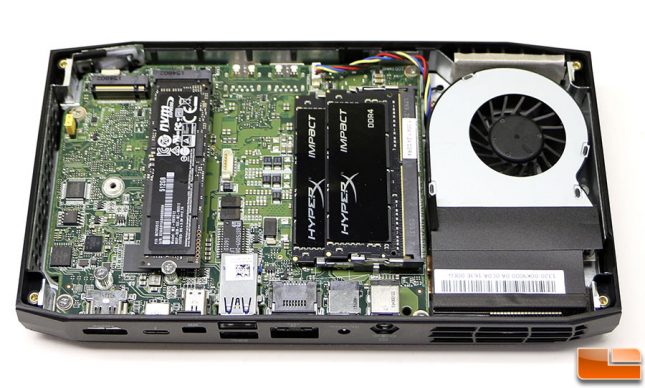 We aren’t sure how energy efficient the Intel NUC NUC6i7KYK is, so we figured we’d take a look and see how much power the system uses. 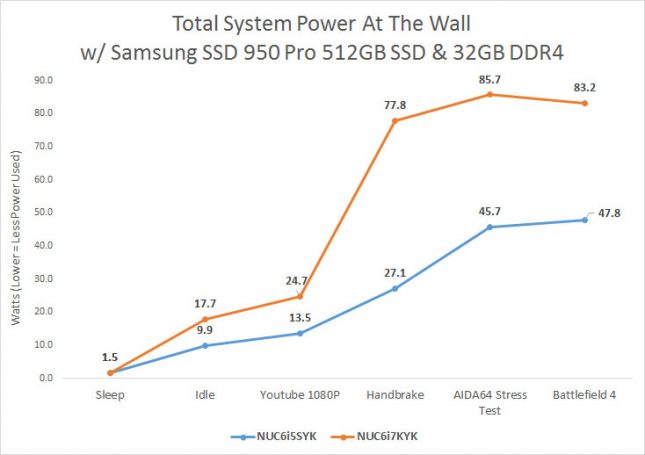 We found the NUC6i7KYK consumes a fair bit more power than the NUC6i5SYK. The NUC6i7KYK used 17.7 Watts of power from the wall outlet at idle. When watching Youtube 1080P videos we averaged 24.7 Watts of power draw. When running the AIDA64 System Stability test the system power consumption topped out just over 85 Watts. When playing BF4 at 1920×1080 with medium image quality settings we hit 83.2 Watts. If you run an additional M.2 drive and have other accessories plugged in we can easily see how you could top 100W of power and understand why Intel shipped the Skull Canyon NUC with a 120W external power brick! 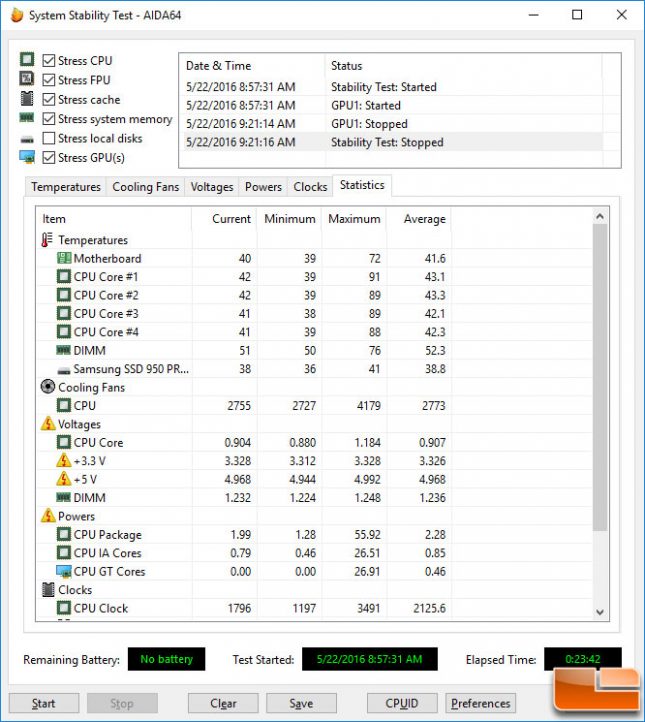 AIDA64 reported that the Intel Core i7-6770HQ processor idled on the desktop with a core temperature of 39C. With the built-in AIDA64 stress test we found that we got up to 91C on the quad-core CPU 1.184V. The noise level of the CPU coolers fan wasn’t too bad at idle (2750 RPM), but you could certainly hear it when it reached 4,200 RPM while the system was under full load. At that speed the fan was easily heard, but it shouldn’t be annoying unless you are in a totally quiet environment with no other noise. 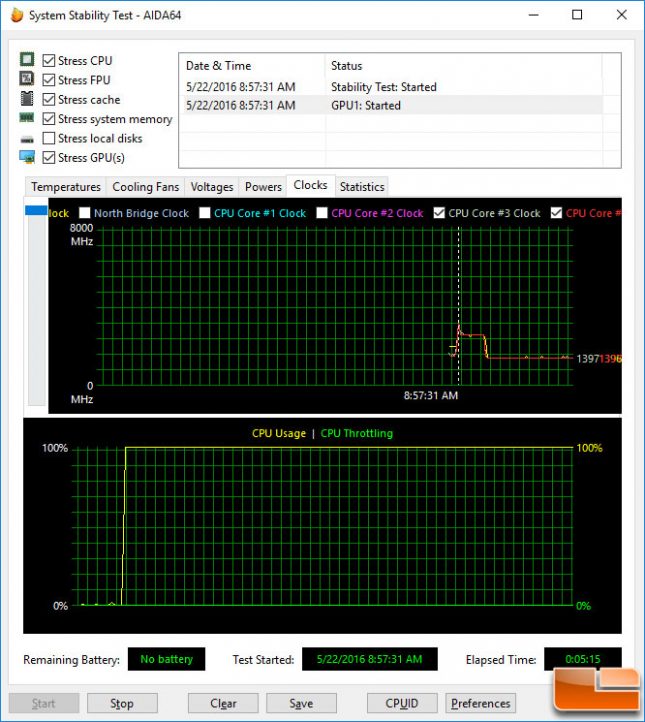 The one thing we did notice is that the clock speeds of the Intel Core i7-6700HQ dropped shortly after we started the test. When the stress test began the Core i7-6700HQ processor was running at ~2800MHz for the first three minutes or so, but when the temperatures hit 88C the clocks dropped down to ~1400MHz. This wasn’t reported as CPU throttling by AIDA64, but the clocks dropped as did the voltage, fan speed and the CPU core temperature.