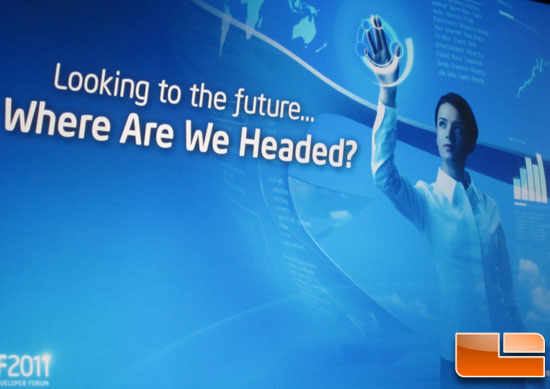 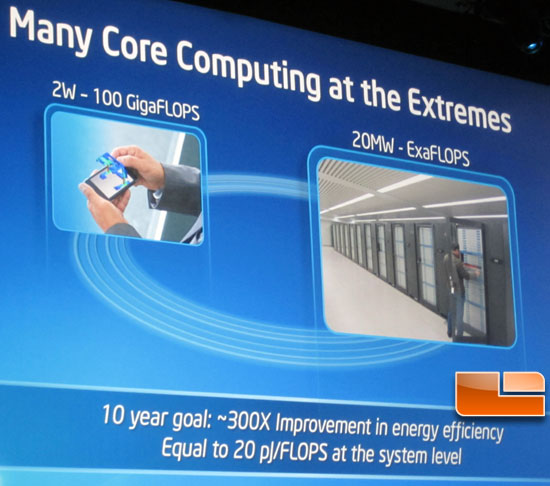 Intel wants to set a 10 year goal for efficiency and wants a ~300x
improvement in energy efficiency equal to 20 pJ/FLOPS at the system
level. Intel is focused on bringing extreme scale computing to reality
by the end of the decade. 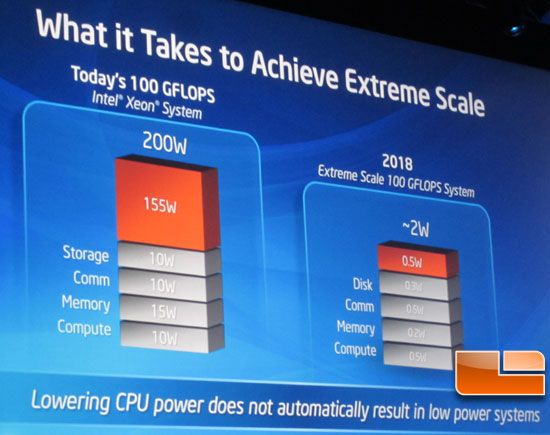 Today a 100 GFLOPS Intel Xeon powered system uses roughly 200W of
power. In the future the company wants to bring that down to just 2W in
2018. Note that Intel is talking about the entire system here and not
just the processor! 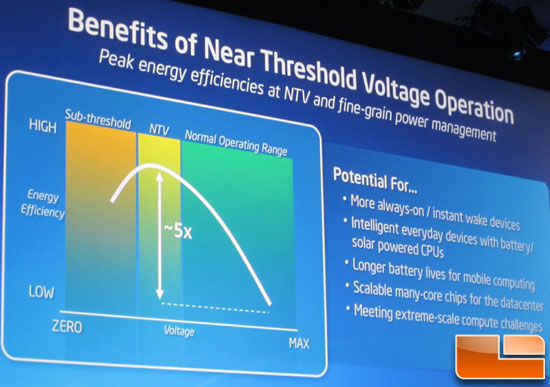 Intel next talked about the benefits of near threshold voltage
operation and how it will bring longer batter lives for mobile computing
and help in meeting extreme-scale compute challenges. 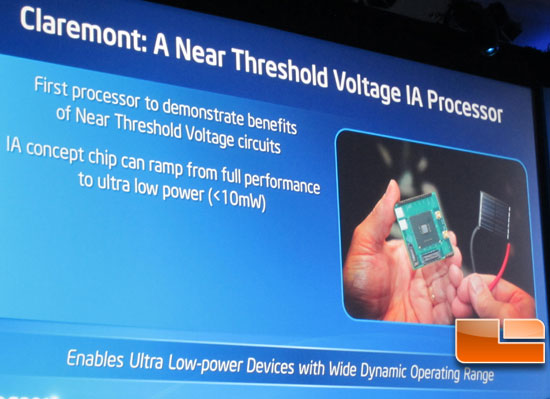 Intel shows the solar powered system again and this time it was
running Linux and has a codename – Claremont. This was the system that
shows off a ‘near threshold voltage IA processor’ running an animated
GIF image. This concept chip can ramp from full performance to ultra
low power (<10mW). This is a 5x improvement, but it’s using a older
Pentium core. Intel feels that if they used a new core design that they
could have gotten a 8-10x improvement. 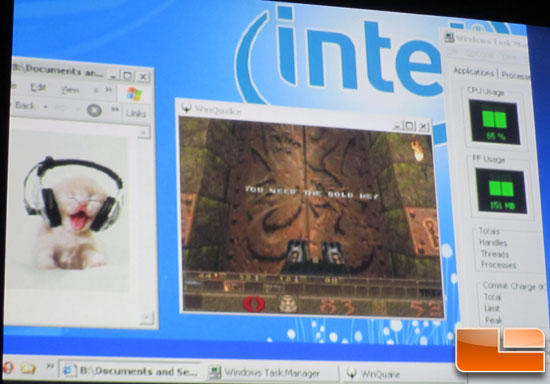 Intel showed off a system today that scaled to over 10x the frequency
of the previous demo when running at nominal supply voltage and played a
game demo (the original Quake) and the GIF at the same time on the
Pentium processor running off the same solar cell. Intel went on to joke
about having troubles finding a Pentium board to run this demo on and
that they had to buy one off E-bay, which I find hard to believe. 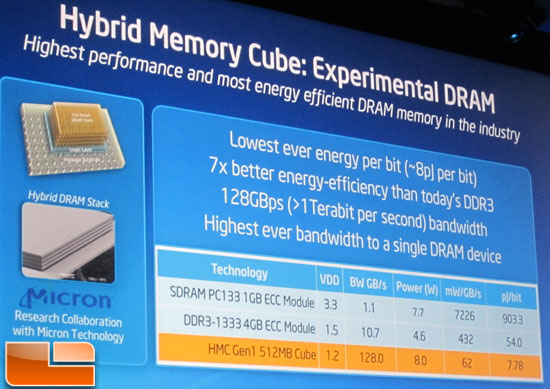 Intel next talked about stacked memory and explained that it is very
power efficient and they are running at nearly 1 Terabit per second with
something called a Hybrid DRAM Stack. Intel says the company is able to
get the highest bandwidth to a single DRAM device with this solution
and collaborated with Micron Technology to do so. Intel and Micron are
partners for NAND Flash memory, so no big shocker here. The big shocker
is what the two companies did next for the demo. 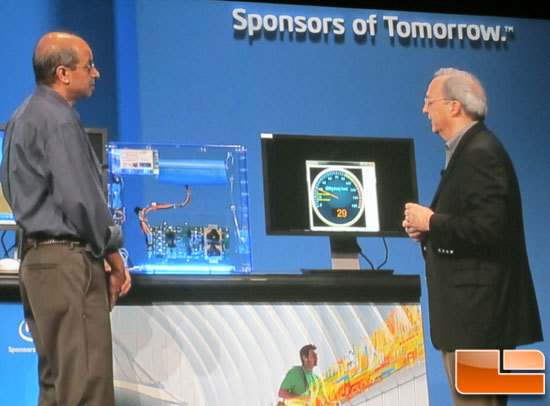 Intel did a Hybrid DRAM Stack demo on the stage that was pretty
wicked in the sense of the speeds that the company was able to reach. 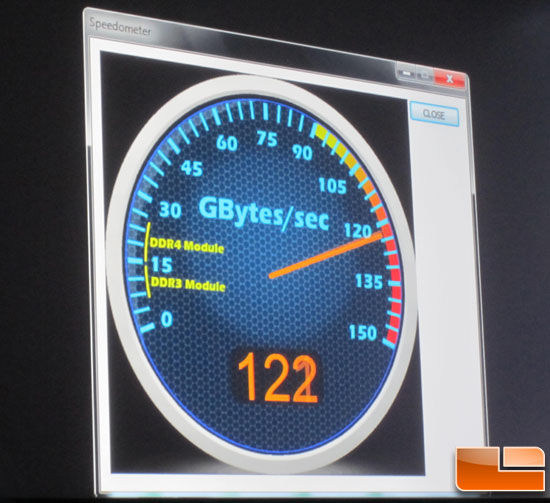 We haven’t seen any DDR4 bandwidth predictions yet, but that all
changed with this demo as test shows that DDR4 memory will range from
15-22.5 GB/s for a module. This Hybrid DRAM Stack that they had on stage
was hitting roughly 122 GB/s! Intel said we need new hardware, new
operating systems and everything across the board for this to become
mainstream. That is a ton of bandwidth and that demo concluded the final
keynote of IDF 2011.

We will be back for IDF 2012, but be sure to keep reading the site for daily hardware news and reviews!