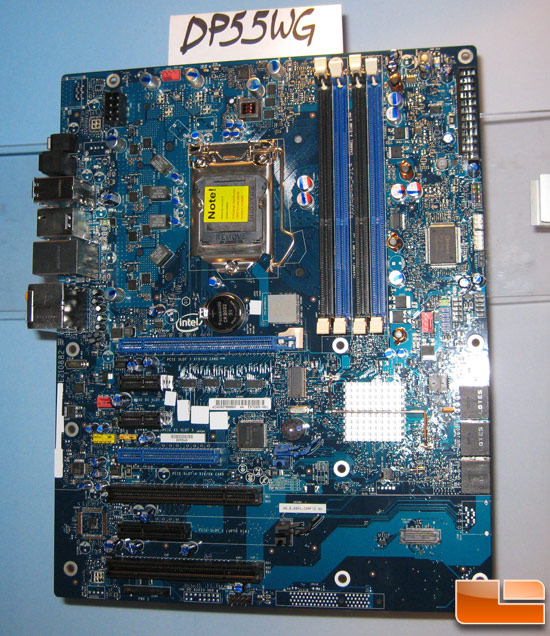 The Intel DP55WG ‘Warrensburg’ motherboard is based off the same PCB as the Intel DP55KG ‘Kinsberg’ motherboard, but has been stripped down. The main thing we noticed is that Intel removed two of the power phases so the DP55WG has just four total power phases. Intel also removed the eSATA ports from the back panel, two of the SATA ports and other features like the Bluetooth and the cool LED skull. This motherboard will obviously be priced lower as a result of being stripped down.  Intel didn’t say anything about the BIOS settings, but it is highly likely that Intel will also limit the overclocking features and voltage options on this motherboard as well. 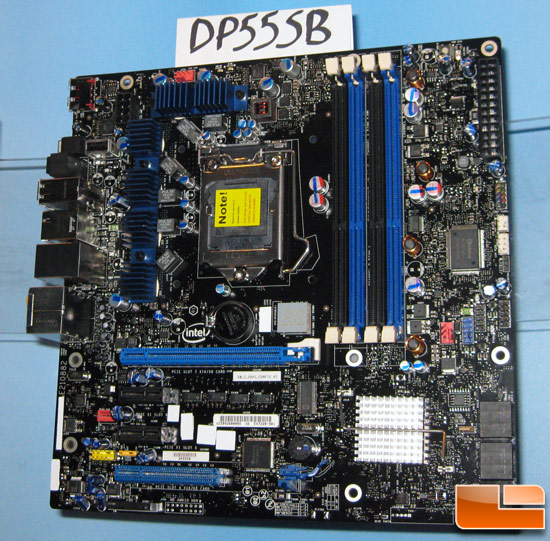 Check back often over the next couple days as we will be bringing you more coverage from Quakecon 2009!