Intel Coffee Lake Refresh processors have been out for over a year now, so this feels like this is the end of the road for this architecture. What will Intel do next? Well, Intel Comet Lake desktop processors are on the roadmap and will likely be talked about more in the months to come. The big rumor right now on 10th Gen Comet Lake desktop processors is that there will be a 10-core version available and that is exciting. Intel needs to start adding more cores to compete with the AMD Ryzen 3000 series that are offered with higher core counts and efficiency advantages since they are made on the 7nm manufacturing processor. You also have new Intel Cascade Lake-X processors and AMD Threadripper 3000 processors coming next month for those that are looking to build a higher-end desktop or workstation. 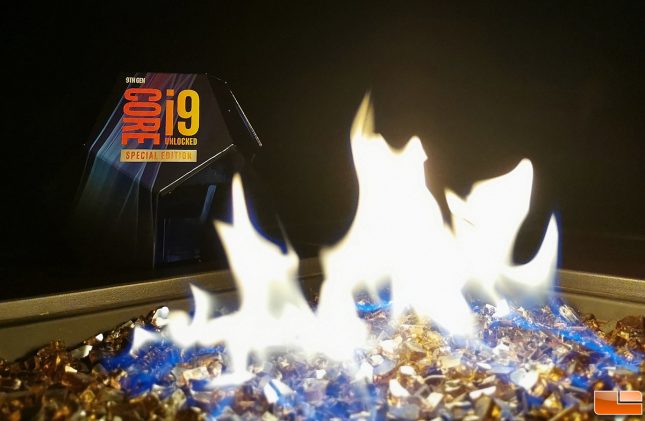 The only real negative of the Intel Core i9-9900KS Special Edition processor is the fact that is only comes with a 1-year warranty. You can get the Intel Performance Tuning Protection Plan for the 9900KS for $19.99, but that won’t extend your warranty length. If you’ve been saving up or looking into getting the Intel Core i9-9900K it may be worth it to look at buying the 9900KS instead if you want a highly binned chip that has higher clock speeds and better overclocking potentials. We managed to hit 5.2 GHz on our overclock at 1.35V and were pretty happy with that since we were using an AIO CPU cooler. If you wanted to delid one of these processors and use a better CPU cooler you will likely be able to go even higher.

At the end of the day it is really nice to see Intel releasing a binned part like this. We wish Intel would have launched this CPU months ago, but it has finally arrived.

Legit Bottom Line: The Intel Core i9-9900KS is a highly binned processor from Intel that should be of interest to overclockers and enthusiasts looking for the highest possible clocks.