Today we are able to show you the benchmark results for the Intel Core i9-7980XE Skylake-X processor, which is Intel’s High-End Desktop Platform (HEDT) 18-core, 36-thread CPU (2.6 GHz base/4.4 GHz Boost 3.0/24.75 MB Cache) that costs $1999. This is the first 18-core desktop processor from either AMD or Intel and is Intel’s highest-performance processor for advanced gaming, VR and content creation. Intel also claims that the Core i9-7980XE is the first 1-teraflop consumer processor, so this processor should take multi-core performance to the next level and eat up multi-threaded applications that can take advantage of this many cores. 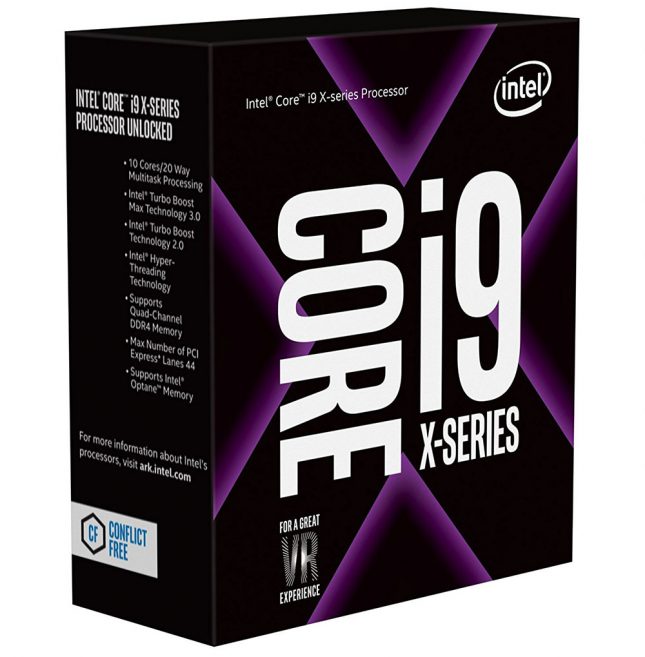 The Intel Core i9-7980XE has a base clock frequency of 2.6GHz with a Turbo Boost 2.0 clock of 4.2GHz and a Turbo Boost 3.0 clock of 4.4GHz. The 7980XE has 44 PCIe 3.0 lanes, 24.75 MB of L3 cache and has a TDP of 165 Watts. The reduction of L3 cache and increase in the L2 cache might throw a few people off. The Intel engineering team thought it was time to re-balance the smart cache hierarchy on Skylake-X due to where they believe the software market is headed. Intel increased the L2 cache size from 256KB to 1MB per core while the L3 cache has gone from an inclusive to a non-inclusive format. This change will help some workloads while some might actually see a performance decrease. Intel Skylake-X desktop processors are the first to support the AVX-512 instruction set, so it is highly likely that these changes were brought to optimize for how those workloads are handled. 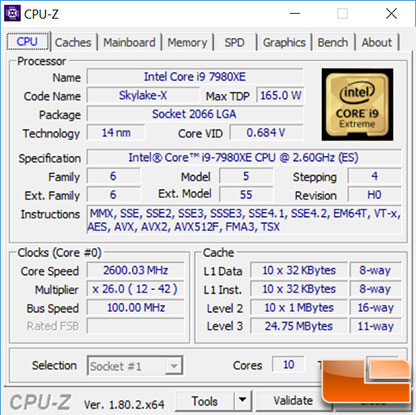 If you happen to have one of these processors you can open up a free utility called CPU-Z to find the best two cores as they are highlighted in red. On our Intel Core i9-7980XE processor the two best cores just happen to be core #1 and core #9. Knowing this information might come in handy when overclocking on a per core basis versus leaving all cores the same and just cranking up the CPU multiplier. 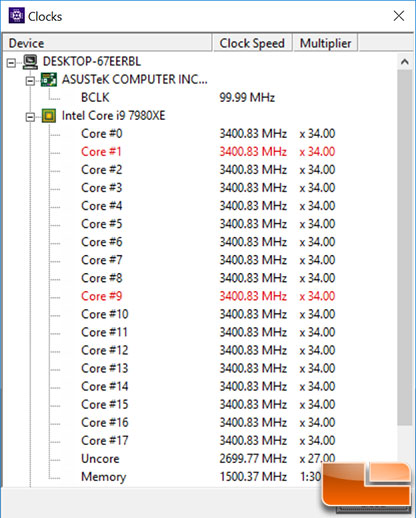