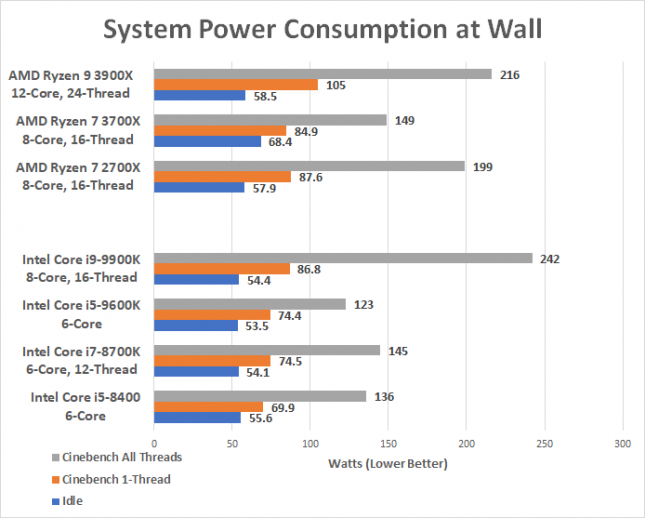 Power draw on the 9600K was impressive with it topping out at just 123 Watts on our Cinebench R20 multi-CPU benchmark test run. The Intel Core i5-8400 6-core processor is a 65W TDP part with a lower 2.8 GHz base and 4.0 GHz boost clock, but used more power.

Since this is an unlocked K-Series processor some of our readers might be interested in knowing how far they can overclock this chip. Every chip is different, but ours managed to reach 5.2GHz. To reach this overclock we just applied the 5.0GHz overclock preset in the UEFI of the ASUS ROG Maximus XI Extreme Z390 Gaming Motherboard. This was rock solid, so we just went in and manually increased the CPU multiplier until the system was unstable. We then manually set the DDR4 memory kit to its rated clock speed and timings (3400MHz, CL16). The 9600K ran perfect at 5.1 GHz with no stability issues and could manage to do 5.2 GHz with some stability issues. 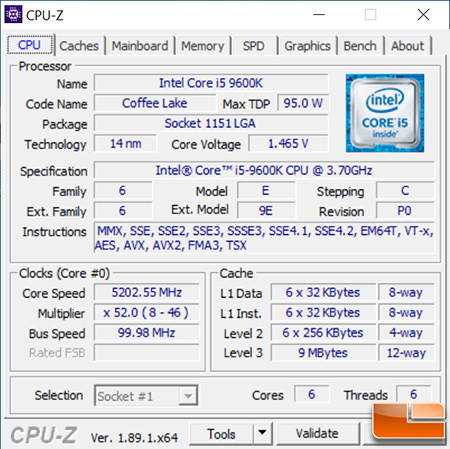 This overclock really gave the system a nice performance boost as in CPU-Z Benchmark we jumped up the single-threaded score by over 100 points or nearly 20%. The multi-threaded score increased by roughly 19%. So, overclocking was able to give us a nice 20% improvement in performance. 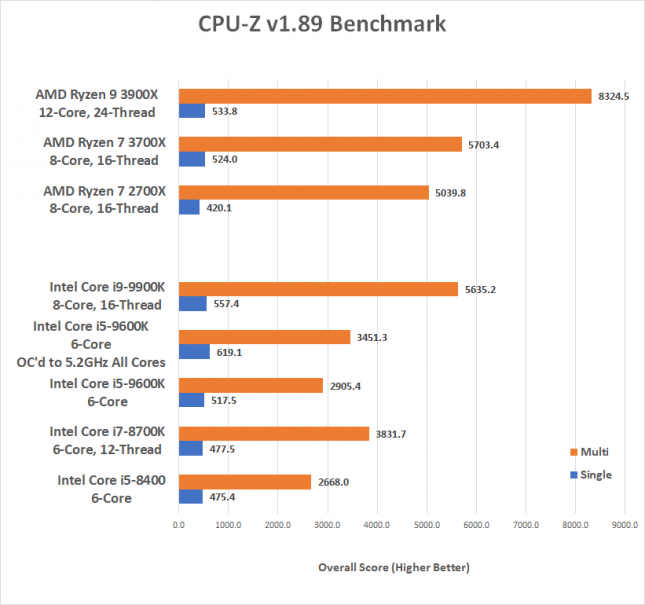