With the economy still chugging along not too many people are thinking about buying a processor above $300, so today we will be looking at the Intel Core 2 Quad Q8200 processor. This 45nm processor retails for just $169.99 online, which makes it interesting due to the price point alone. The Intel Core 2 Quad Q8200 processor isn’t really anything to laugh at as it operates at 2.33GHz with a 1333MHz Front Side Bus (FSB) and 4MB of L2 cache. The only thing that this processor is really lacking is cache, but how many people really need more than 4MB of L2 cache? 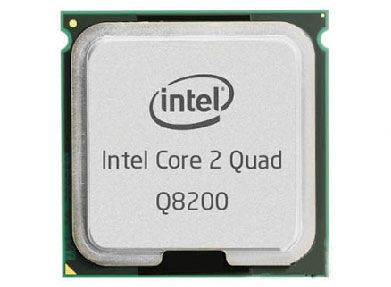 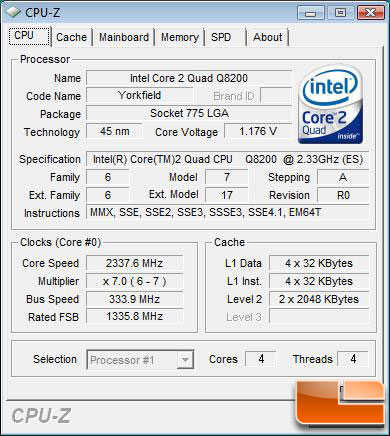 This new 65W part does carry a price premium over the older 95W parts, but they are aimed at the specialty OEM/channel that build small form factor computers and not consumers. It should be noted that 65W TDP does NOT necessarily translate to substantial, measurable AC “at the wall” power savings and doesn’t change the performance of the processor. TDP is simply a measure of the maximum power seen with commercially available apps. If you are looking to order a specific Intel Core 2 Quad Q8200 processor be sure to use the sSpec number to make sure you get the right TDP and stepping that you desire.

Let’s take a look at the benchmarks to see how the Intel Core 2 Quad Q8200S does. It will also be interesting to see how this new R0 stepping overclocks!