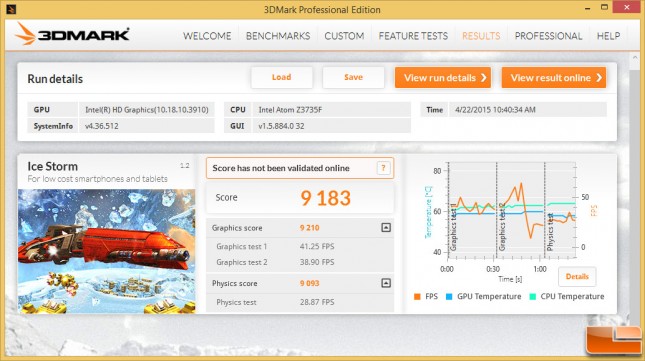 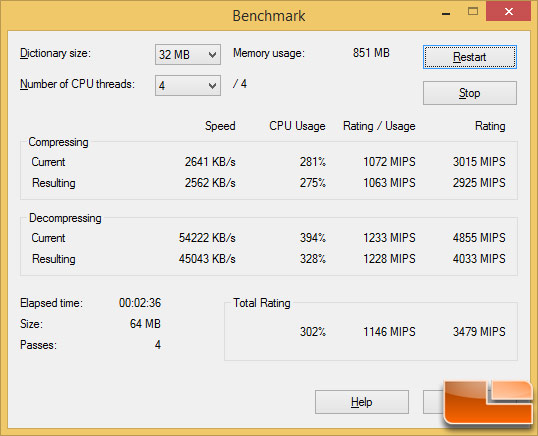 The benchmark built-in 7-zip showed that Intel Compute Stick had a total MIPS rating of 3,479. 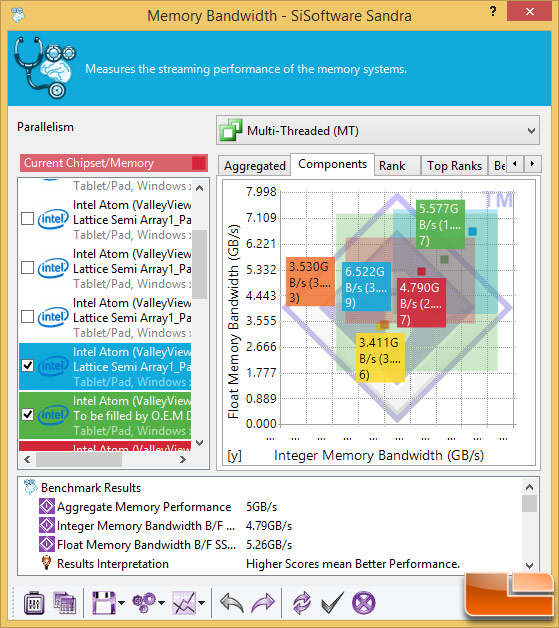 A quick look at the memory performance showed we are getting 5 GB/s of bandwidth on the single channel DDR3L 1333MHz memory solution. 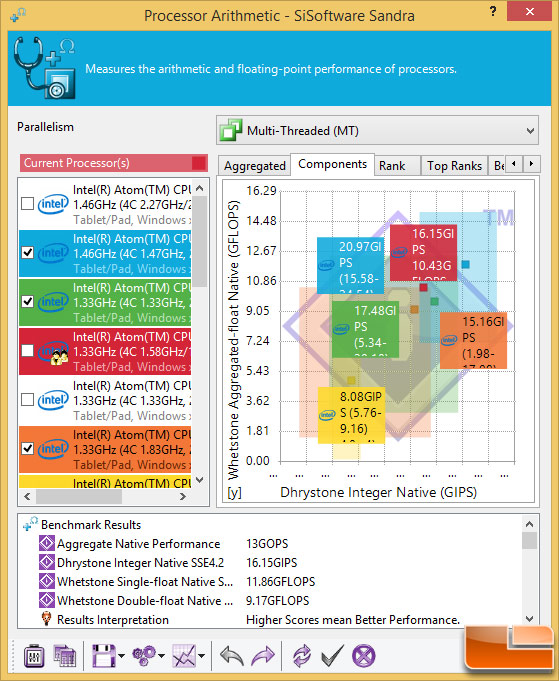 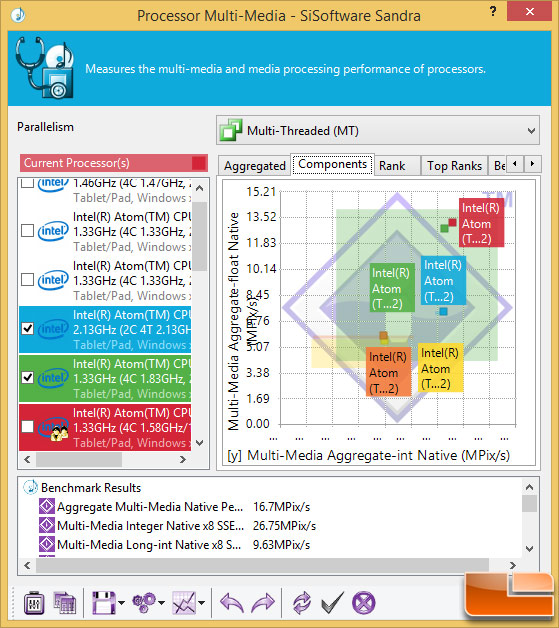 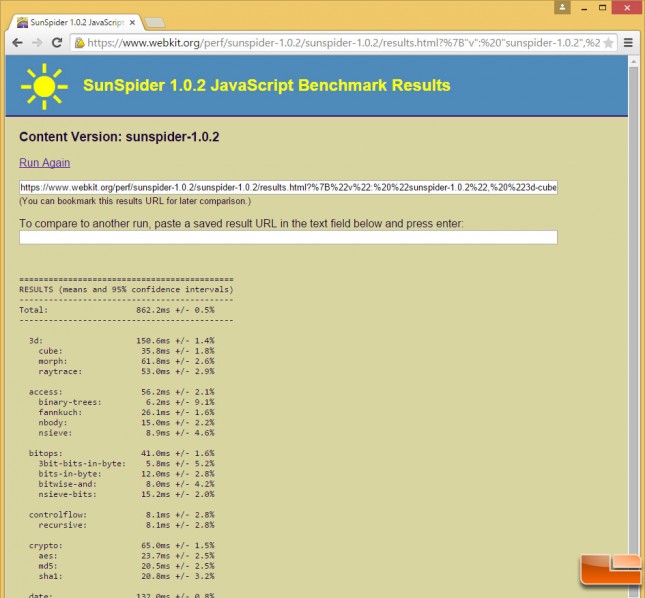 We ran the SunSpider 1.0.2 JavaScript Benchmark on Google Chrome 42 and received a score of 862.2 ms. 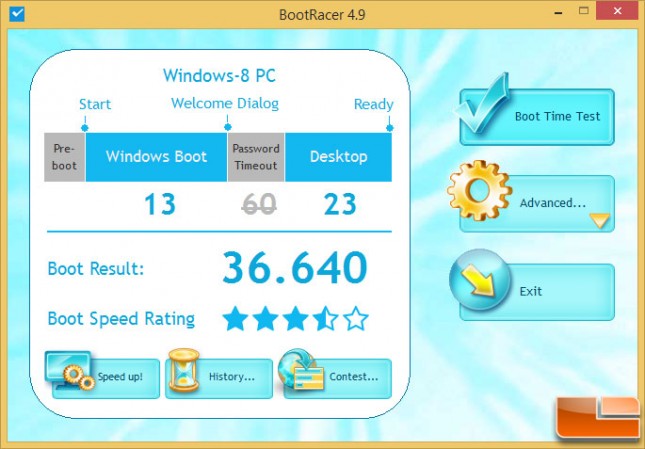 The last performance test that we wanted to run was Bootracer 4.9 to see how fast the system is able to boot Windows 8.1 32-bit. We were ecstatic to find that it takes 13 seconds to get to the welcome screen and another 23 seconds everything ready on the desktop! This meant our total boot time was 36.6 seconds. 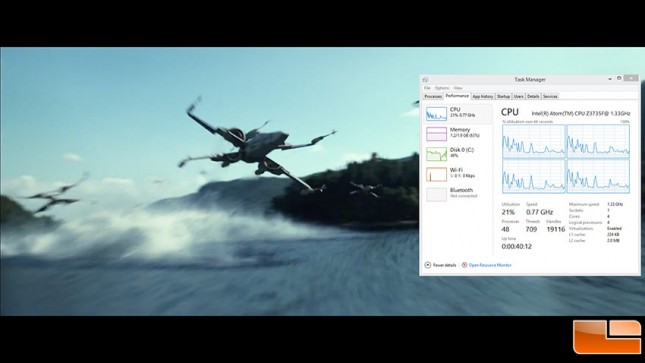 In the screenshot above we played the new Star Wars 1080P movie trailer on YouTube and found that we were using up about 21% of the available processing power once the video was cached. It played smooth and our system had no issues with online HD video unless we were multitasking and then you’d get some delays for caching. The Intel Compute Stick is about doing primarily one thing at a time. 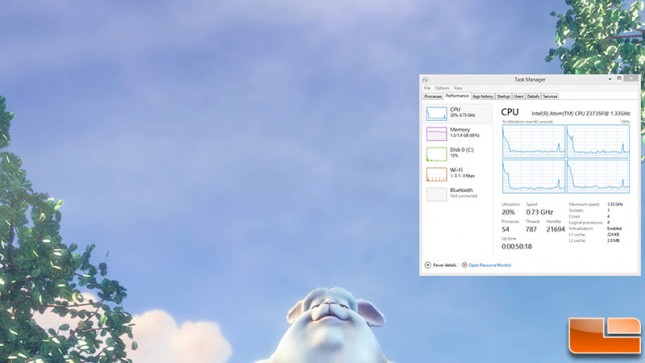 We also downloaded Media Player Classic – Home Cinema along with several 1080P clips at various bit rates and had a good overall experience.