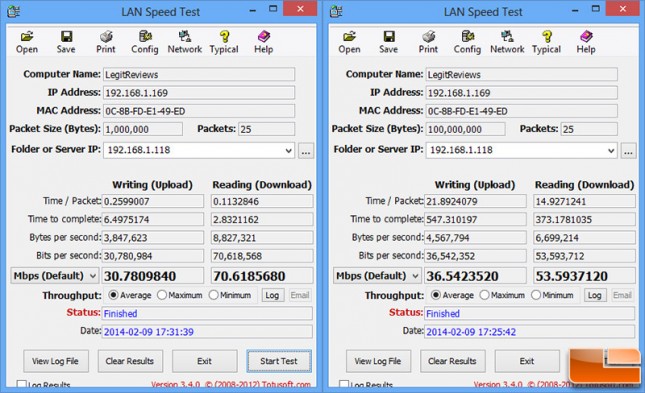 We all know that increasing the distance between the client and the router will lessen performance and that certainly proved to be true in our testing. At a distance of 35 feet with three interior walls, the Intel Wireless-N 7260 card performance dropped down to around 54-70 Mbps read speeds and 31-37 Mbps write speeds. At a distance of just 15 feet with one interior wall we were getting 65-83 Mbps read speeds and 57-60 Mbps write speeds. This is a small drop on the read speeds, but a rather large drop on the writing or uploading speeds. 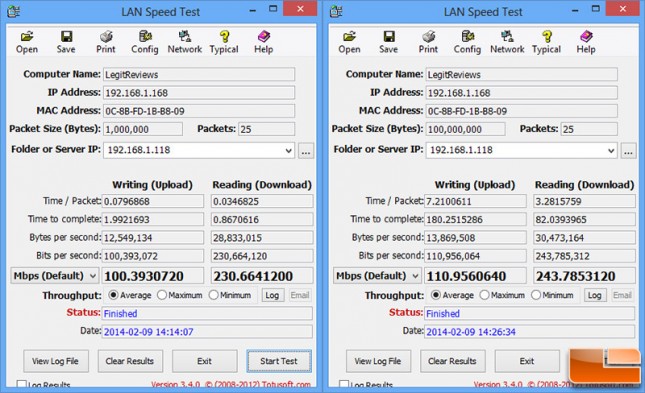 If you look at the 35 foot performance of these two wireless cards we found around a 4x performance improvement for write speeds and about 4.5x for read speeds with the Intel Dual Band Wireless-AC 7260 Card!

These are very significant performance increases that were achieved by switching to the Intel Dual Band Wireless-AC 7260 card.