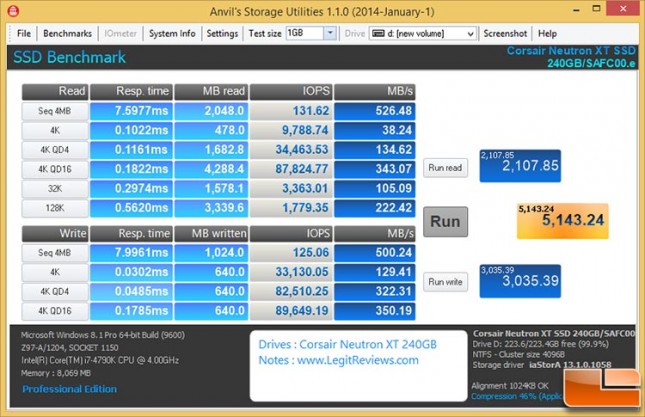 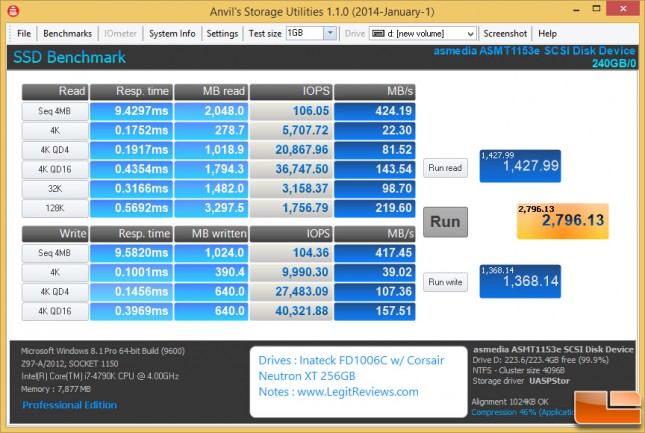 Benchmark Results: The overall Anvil SSD Benchmark score was 5,143.24 with the Applications test setting of 46% compression with the Corsair Neutron XT running on the SATA III interface. The drive was able to get 526MB/s read and 500MB/s write with these settings. When we switched the drive over to the USB 3.0 interface through the Inateck FD1006C housing our overall score went down to 2,796.13 with 424MB/s read and 417MB/s write speeds.