With Intel showing off demo systems with X38 and P35 Express chipsets, all the buzz about system memory was around DDR3 memory modules.  With no less than 14 brands of DDR3 memory being shown off on the show floor, it’s clear that DDR3 has been picked up by all the major players and is ready for mainstream use. 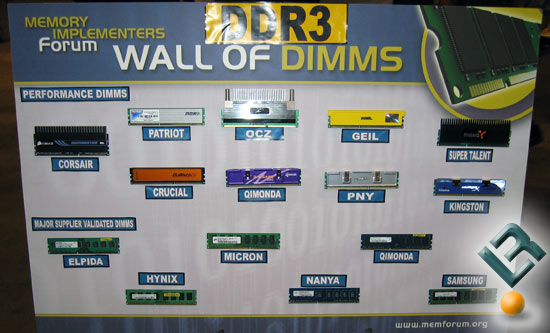 Not every company can be at IDF, but we stopped by and talked to those companies that were on the show floor. 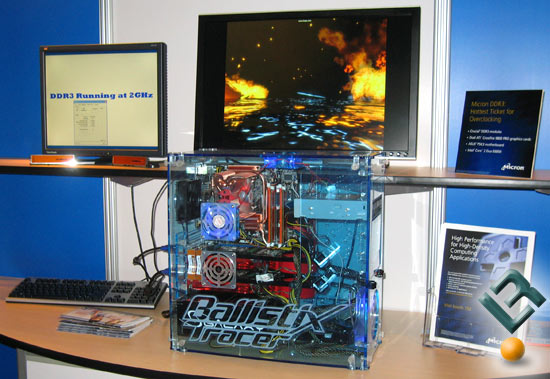 In their booth, Crucial had an ASUS P35K3 powered demo system up and running their new DDR3 memory modules at 2GHz. The demo system said Ballistix Tracer, but to our knowledge the Tracer series has not been announced for the DDR3 series yet. 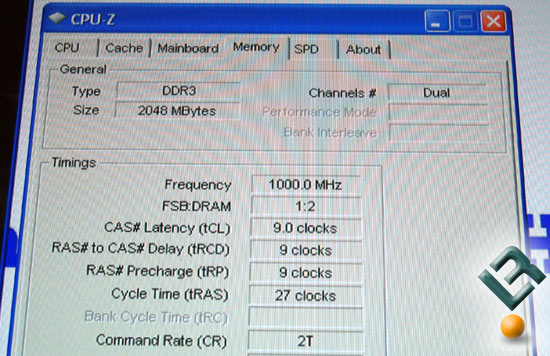 The demo system was seen to be running at 2GHz with 9-9-9-27 2T timings, but was also observed crashing when running DOOM 3.  The test system was later seen running Bioshock with no problems though.  Running memory at 2GHz with stability is something that no one can do right now at production levels, so a crash here and there is totally expected.