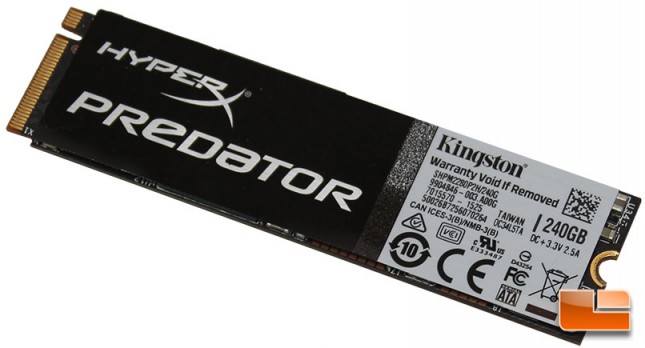 The HyperX Predator is available in 240GB and 480GB capacities, as well as with a PCIe HHHL card and without the card. We happen to have a couple of the HyperX Predator 240GB (Model SHPM2280P2H) drives available to test the new firmware, and perhaps actually get to use these drives as a bootable RAID 0.

Applying the firmware is easy, Kingston has their SSD Manager that will update the drives as long as they are connected either to the on board M.2 slot or their PCIe bracket. The Kingston SSD Manager will detect the drive, and with a simple click will update the Firmware. After a full shutdown the new firmware is configured and enabled. Now, it’s up to your individual BIOS to enable M.2 RAID. 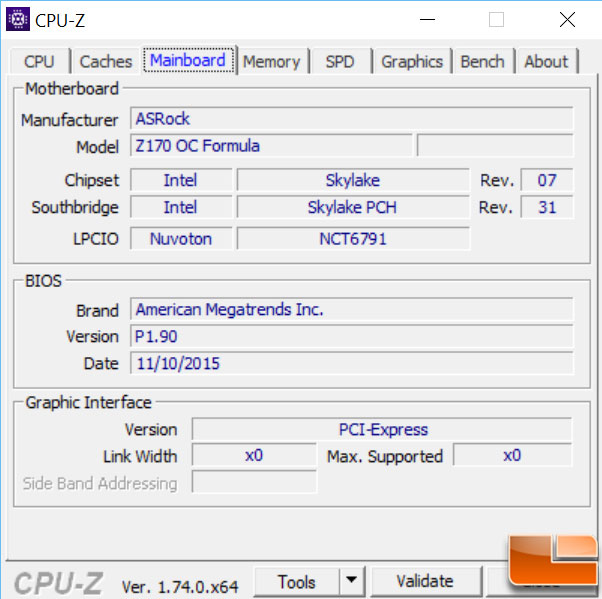 The ASRock Z170 OC Formula that we took a look at in September 2015 is just one of many Z170 motherboards that should be capable of running bootable RAID M.2. However, as expected the HyperX Predator were unable to be configured in RAID due to a number of UEFI and firmware issues on the drives. ASRock has updated their UEFI several times since we originally tested the motherboard, going from version 1.4 at testing to 1.9. Now that everything has been updated let’s take a look at the ASRock Z170 OC Formula’s UEFI to enable RAID. 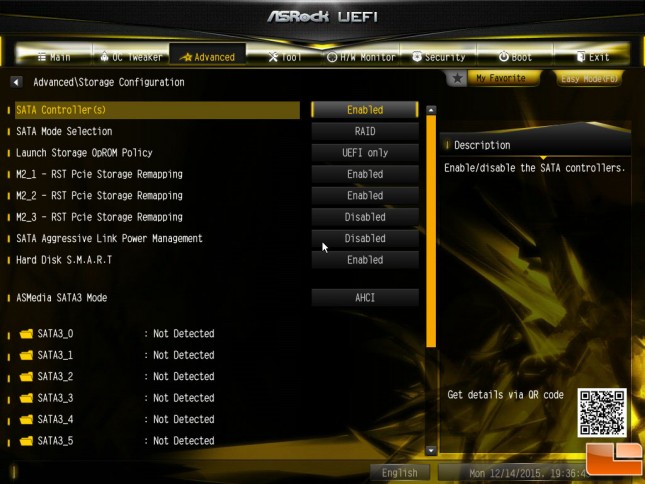 Every BIOS will be slightly different, but all of them generally follow a similar process to enable RAID. The ASRock Z170 OC Formula, which includes three M.2 slots, enables RAID within the Storage Configuration section. Here the SATA Mode is configured either ACHI or RAID, afterwards you can configure which of the M.2 slots are going to be used.

Once we configured the SATA mode to being RAID, we had to restart the system to get the Intel Rapid Storage Technology option to show up. Once that became available, we were able to go into it and create the RAID with the two HyperX Predator M.2 drives. The ASRock Z170 OC Formula, allows for RAID 0 (Striping), RAID 1 (Mirror), and Redundant. After deciding on the RAID type, and giving the new “drive” a name, we can reboot and begin installing the operating system.

When installing the operating sysytem, you will need to install the Intel RST RAID drivers, we started with the drivers provided by ASRock on the support disk. However, in addition to Kingston needing to update the Firmware, Intel needed to update their Rapid Storage Technology (Intel RST) RAID driver to support NVMe drives. I’m not sure how many revisions of the driver supports NVMe RAID, however the latest 14.8.0.1042 does so we will use that driver when installing Windows 10 Professional on the HyperX Predator M.2 RAID 0 array.

Let’s take a look at performance.