When Kingston first released their first HyperX Cloud in 2014 the company quickly and easily made a name for themselves in the gaming headset market. Kingston went from developing and manufacturing memory and PC storage to becoming a big name in the world of gaming peripherals because of the incredible sound quality, solid durability, and comfort (that makes users forget the headset is wrapped around their ears) delivered through their line of HyperX Cloud gaming headsets. Kingston Today, Kingston is going after the affordable gaming headset market by releasing the HyperX Cloud Stinger at an aggressive $49.99 USD price point. 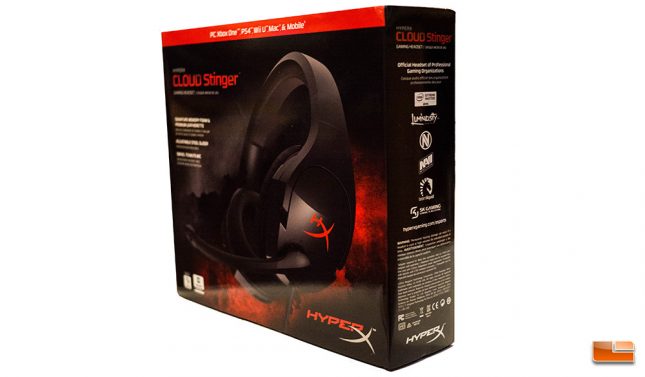 Like the rest of the headsets in the HyperX’s Cloud line the HyperX Cloud Stinger delivers comfort around the ears by giving this budget headset the memory foam padding we would all have hoped for. The microphone pivots on the left side of the headset and offers some flexibility to adjust where the user seems fit. The headset is primarily made of a sturdy plastic and adjusts easily over the head. 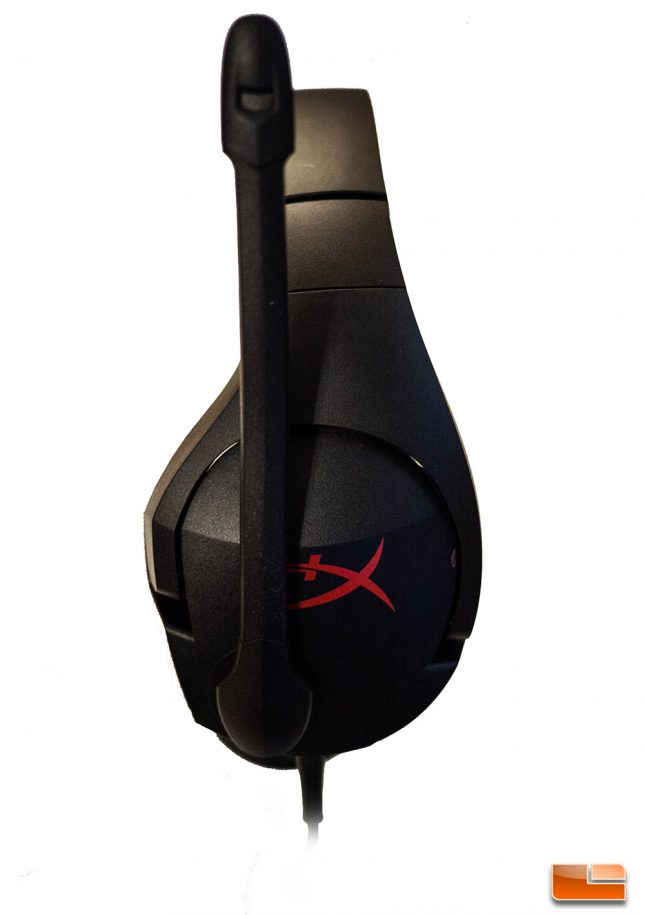 For a headset valued at $49.99 USD the first impressions of packaging give us an idea of the quality HyperX will be delivering as it’s sturdy and was, in fact, not the easiest to slip out of its sleeve. But difficulty opening the box aside, when seen on a shelf the packaging shows itself to be fairly inviting and at the top one can immediately read that the headset works on several different consoles and devices. Those listed are PC, Xbox One, PS4, Wii U, Mac, and mobile. 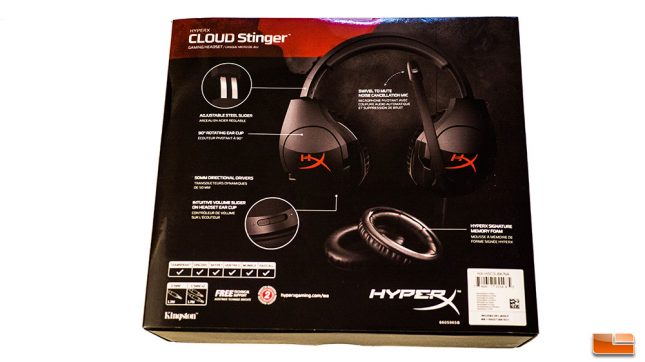 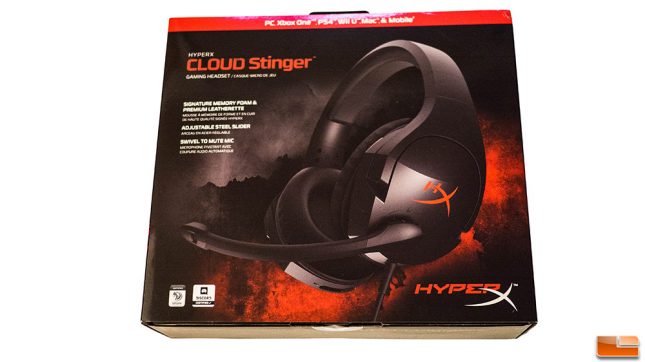 When we lifted open the box the first thing we saw was the card that introduces the HyperX team to the user. Underneath was the HyperX Cloud Stinger Quick Start Guide which helps us with using the headset on different consoles that it is compatible with as well as volume control and microphone use.

When we removed the card and Quick Start Guide the next thing we see is the headset snugly fit in this black foam padding as seen below. When taken out of the box we see the headset cable as well as the adapter that splits it into the two headset and microphone 3.5mm jacks that are used when plugging the headset into the a PC. 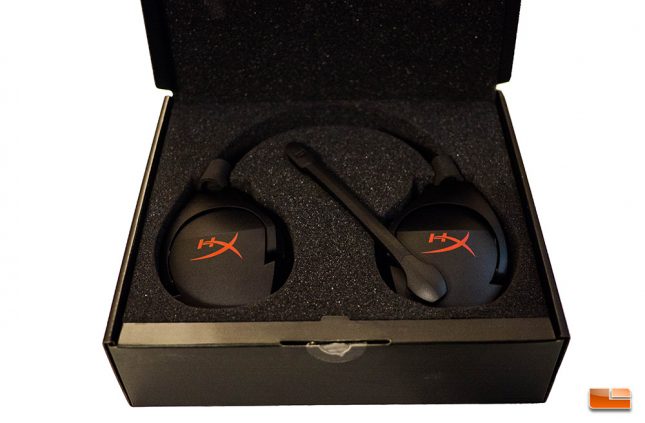 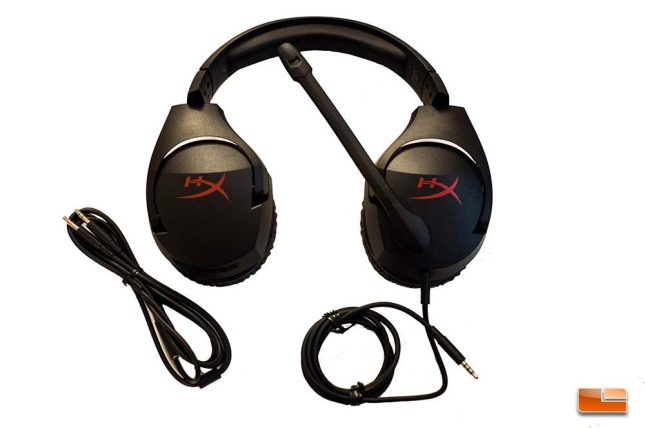 A few months following the release of the HyperX Cloud Revolver it’s great for us here at Legit Reviews to see that Kingston has developed an affordable headset. At $50 it seems as if this headset already has a lot to offer and it backed by a 2-year warranty.

Now that we have just finished introducing this new and affordable product to you. On the following pages we will give you the detailed specifications, further details of the product, our take on the sound quality through different mediums (music, movies, and games), and then we will finish off with our thoughts and conclusions for the HyperX Cloud Stinger.