The Huawei MateBook 13 is one of the best performing 13-inch thin-and-light consumer laptops that we have ever tested. The overall system performance and responsiveness is stellar. Browsing the web and doing basic productivity and content creation tasks is a breeze on this laptop thanks to the Intel Core i7-8565U 4-core, 8-thread processor and NVIDIA GeForce MX150 discrete graphics solution. The performance tests speak for themselves and we wholeheartedly as you to run some benchmarks on a system you might be considering replacing to see how this laptop stacks up.

Performance aside the MateBook 13 does come with a few caveats. The lack of Thunderbolt 3 support on a flagship device that is over $1,200 is disappointing. Having just two USB-C ports on this laptop will ensure that many buyers will have to use docks and dongles. So, when traveling with the MateBook 13 you’ll more than likely need to pack the USB-C dock along with the charger. The battery life on the MateBook 13 is acceptable, but not what we would call class leading. The down facing speakers also left a little bit to be desired, but that is pretty subjective and we use a Bluetooth headset or ear buds most of the time for our audio needs when traveling. 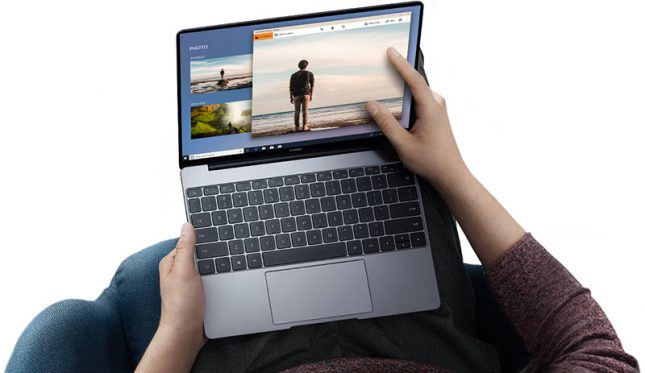 At the end of the day the MateBook 13 is a high-performance laptop that is competitive with other more known brands in North America. Huawei is not a very popular brand in the United States, but they are a very large Chinese company that produces mobile phones, tablets, wearables, PCs, broadband devices and home devices. Huawei was founded in 1987 and currently have 188,000 employees spread out in over 170 countries and regions so they are a giant private corporation that is going to be around for some time. If you are looking for a premium laptop this is one model that should be considered! Pricing on the MateBook 13 begins at $999.00 shipped and the exact model that we tested today is available on Amazon for $1270.09 shipped. Both models include a 1-year license for Microsoft Office 365 Personal (a savings of $59.99 per year) and are backed by a 1-year manufacturer warranty.

Legit Bottom Line: The Huawei MateBook 13 is a wicked fast highly portable laptop with only a few minor gripes that might not even bother all owners.