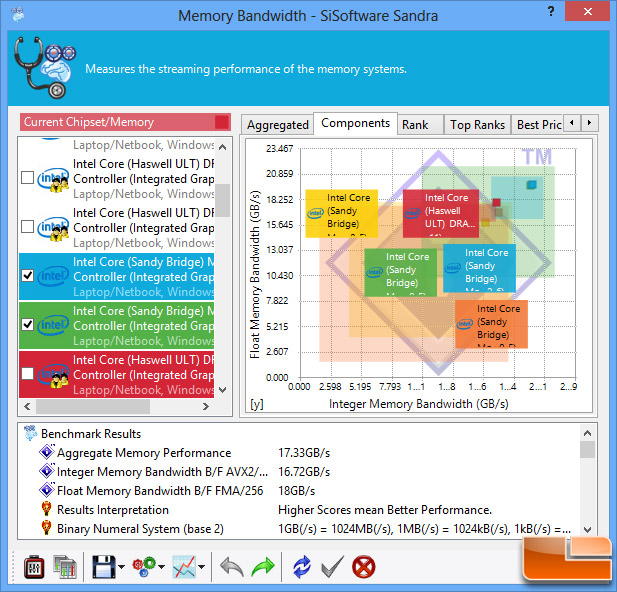 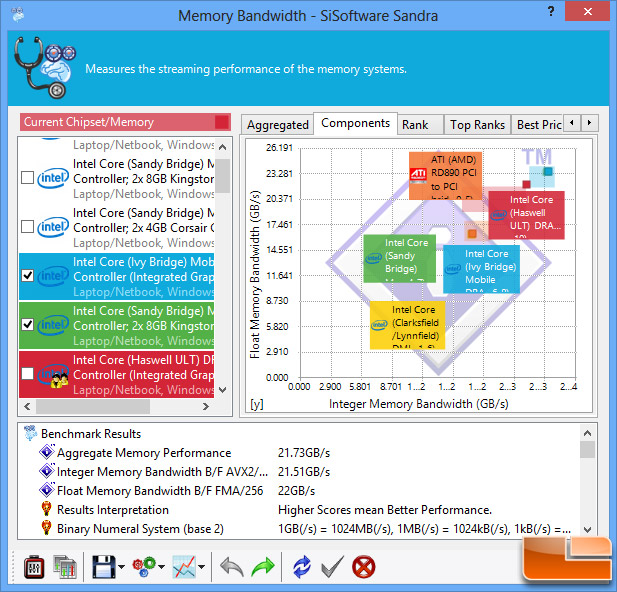 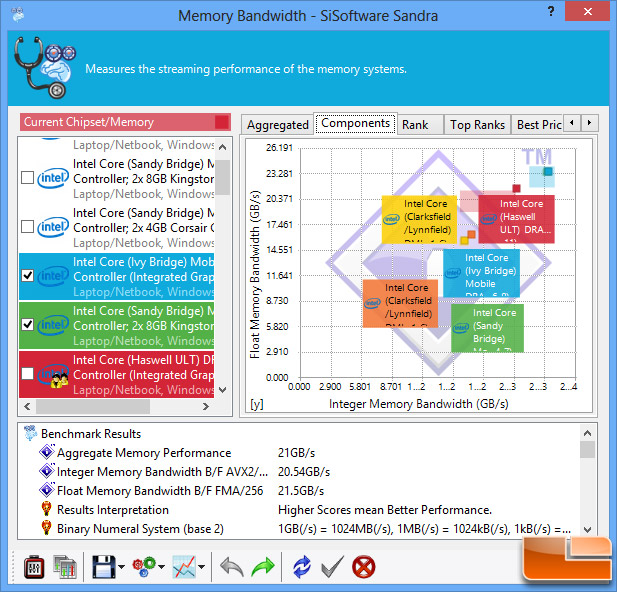 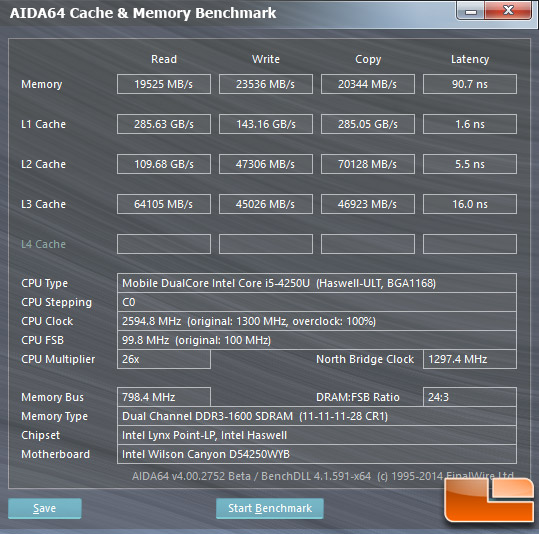 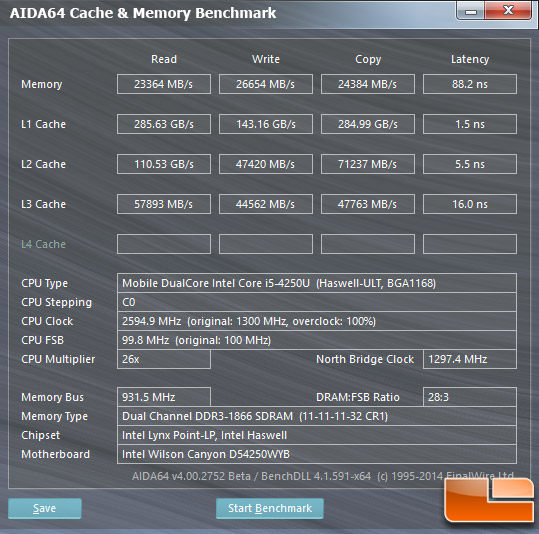 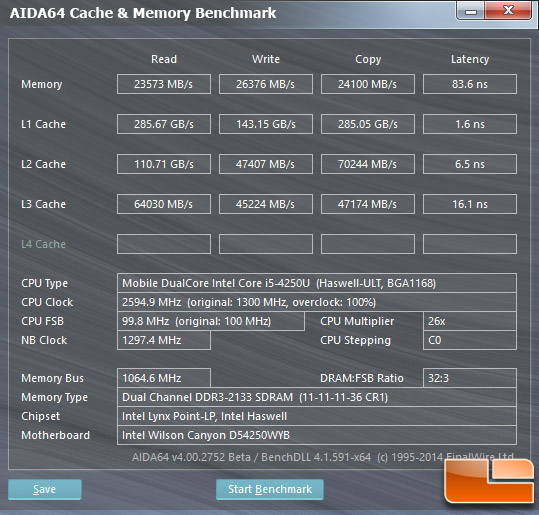 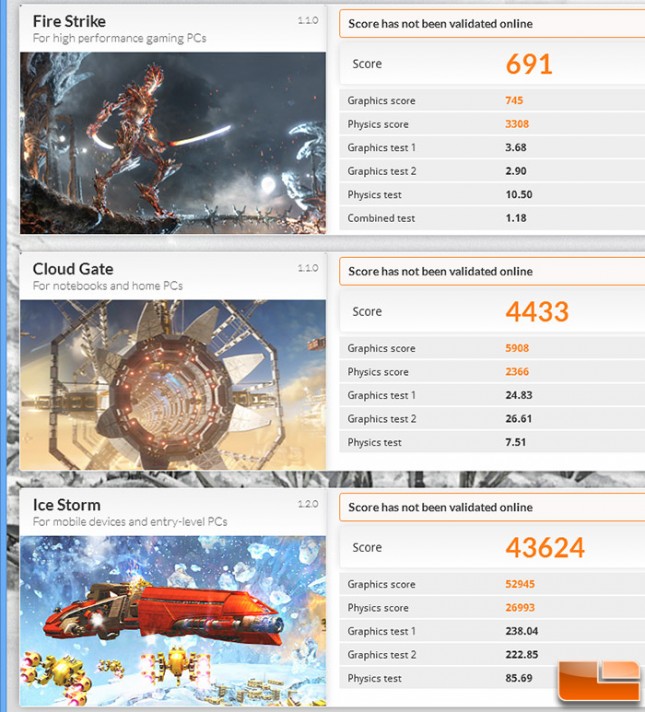 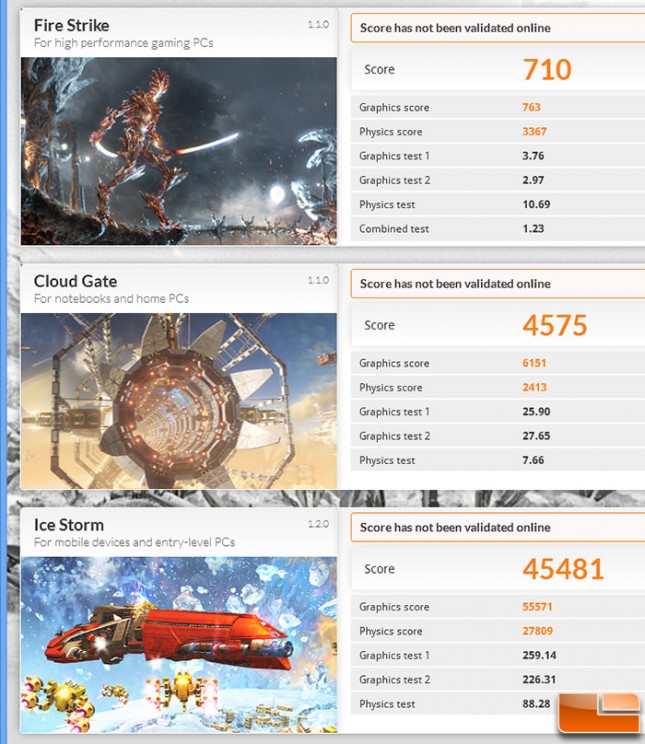 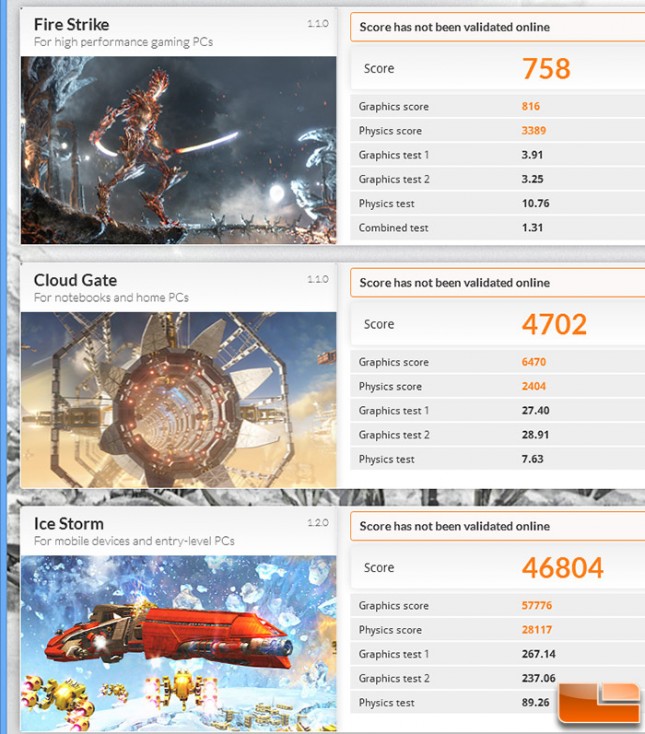 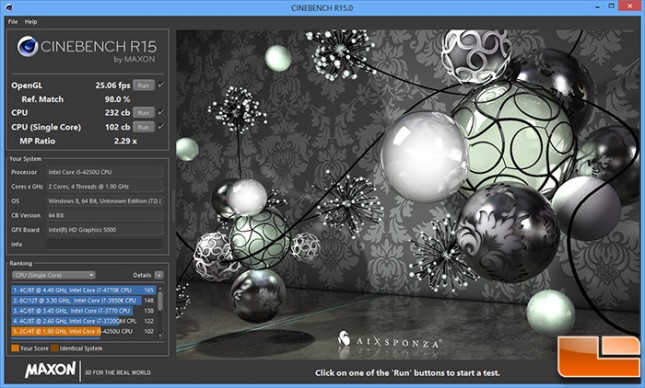 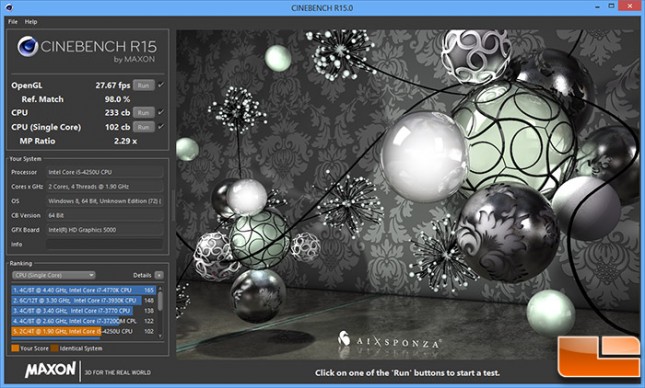 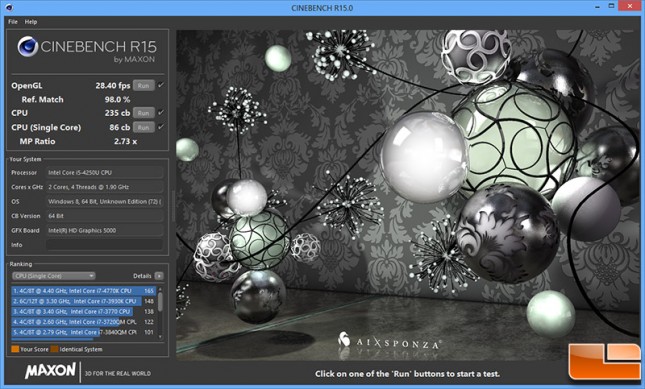 Moving along to Cinebench R15 we found the Intel NUC with the Intel Core i5-4520U processor scored just a tad higher on the CPU test, but the Intel HD Graphics 5000 jumped up from 25.06 FPS to 28.40 FPS on the OpenGL benchmark. It should be noted that single core CPU performance was significantly degraded with the 2133MHz memory kit installed and we have reached out to Intel to see what could be causing this and they are looking into it as well. We’ll take a 13.3% performance gain on the graphics side by switching out a memory kit any day! 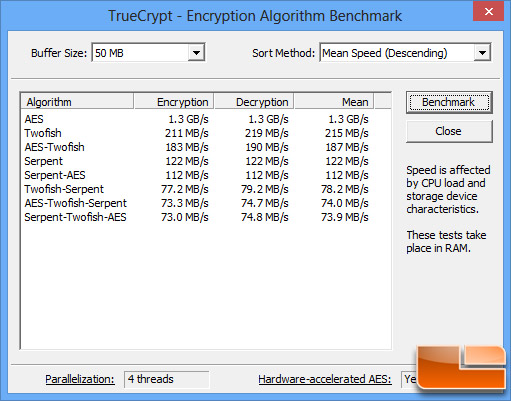 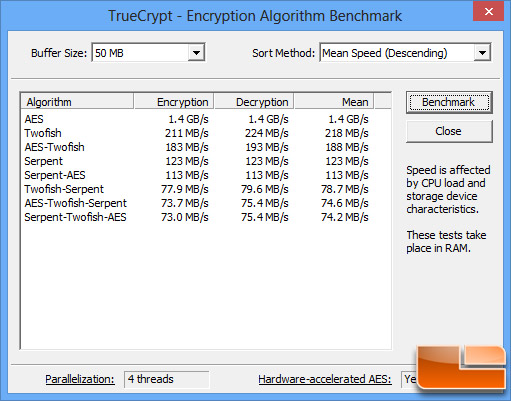 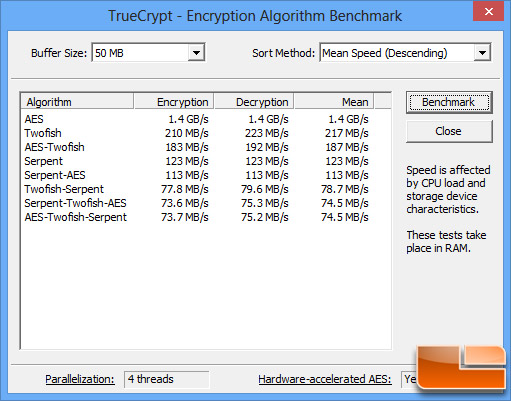 The last performance test that we wanted to run was TrueCrypt and we found the mean score of the AES algorithm benchmark test went from 1.3 GB/s to 1.4 GB/s. This isn’t a huge increase, but it’s still a 7.7% performance gain on a test that isn’t really memory bandwidth limited to begin with.