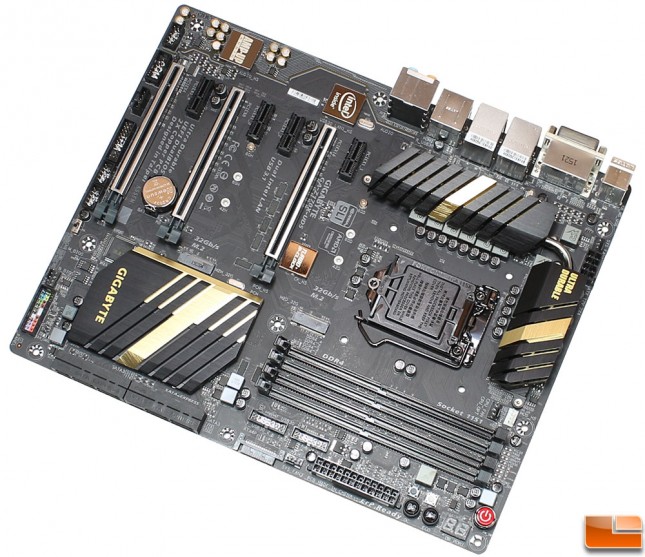 Intel recently began releasing their latest CPU, which includes a change in the socket to 1151, while there isn’t a huge performance boost over the previous generation of Intel processors, the new Skylake processor does bring some new features. Gigabyte recently sent us one of their new motherboards based on the Z170 chipset; the Z170X-UD5. This is just one of Gigabyte’s twelve motherboards featuring the socket 1151; and their highest end motherboard in their Ultra Durable line. The Gigabyte Z170X-UD5 motherboard is available today for $189.99 with free shipping.

Gigabyte uses the best solid capacitors on the market, which are rated to perform at maximum efficiency in any performance mode, rated for over 10,000 hours of use, of course depending on the system configuration. In addition, Gigabyte uses capacitors that have been customized in Jet Black, making them unique to Gigabyte motherboards. Another exclusive feature of Gigabyte motherboards is their 2x Copper PCB design; by doubling the amount of copper used in the PCB heat can be transferred more easily, improving the lifespan of the motherboard when overclocking. 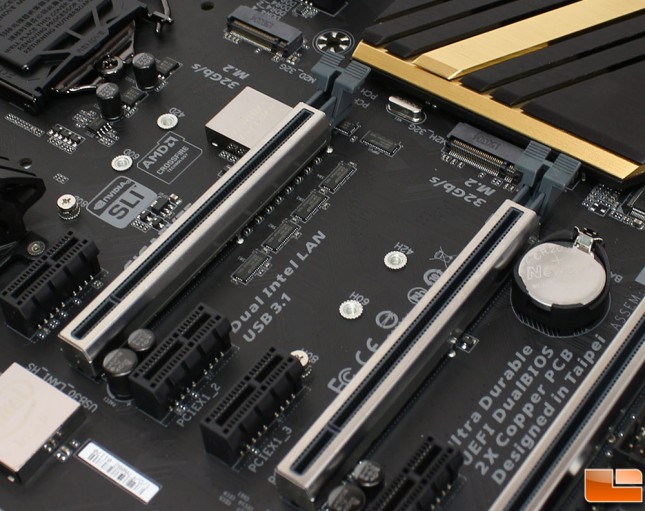 Gigabyte has done a number of improvements on the Z170X-UD5. One of which is for the PCI-E x16 slots, they have covered them in a single piece of aluminum to make them stronger for the extremely heavy high end video cards. Gigabyte claims the one-piece metal shield make the PCI-E socket up to 3.2x stronger than normal PCI-E sockets. Along with the metal shield, they have also secured the shielding to the motherboard with some additional anchor points making it even stronger. While we are discussing the PCI-E slots, you should be aware that there are three x16 slots, with one at x16, the second at x8, and the third at x4. The PCIE x4 slot shares it’s bandwidth with one of the M.2 slots. With these PCI-E slots, you can run up to a 2-way SLI or 3-way CrossFire GPU configuration. In addition, there are four PCI-E x1 slots.

One aspect of a motherboard we need to know is what type of memory it’ll support. The Gigabyte Z170X-UD5 supports up to 4x 16GB DDR4 modules, for a total of 64GB of memory. Utilizing the dual channel memory, it’ll run at 2133MHz prior to enabling overclocking, at which time it’ll run all the way up to 3466MHz. Like most motherboards, it’ll support the Intel Extreme Memory Profiles (XMP).

Now that we have seen the technical aspect of the Gigabyte Z170X-UD5 offers, let’s take a look at the retail packaging before taking a closer look at the motherboard and get to installing it.