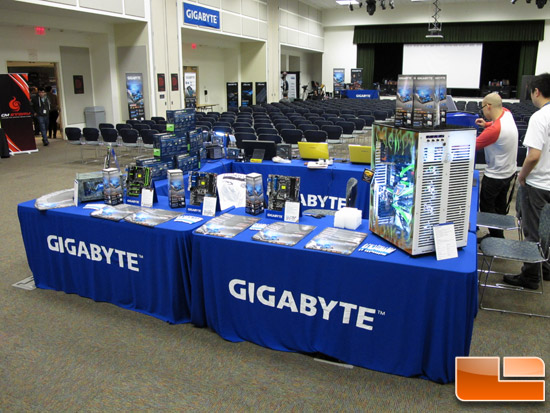 Gigabyte Booth: Being the title sponsor, Gigabyte secured easily the largest booth in the hall to show off their latest gear.  Prominently on display was Gigabyte’s G1-Killer Series gaming motherboard designed for the LGA 1366 Intel X58 platform.  This board features onboard Qualcomm Killer networking and Creative audio. Gigabyte’s G1.Sniper 3 and the Micro-ATX form factor G1.Sniper M3 were also being shown as these are the boards to consider if you need to equip your Intel Z77. 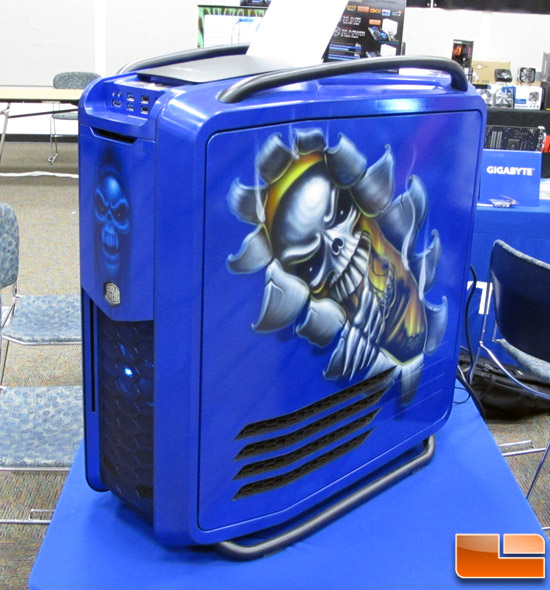 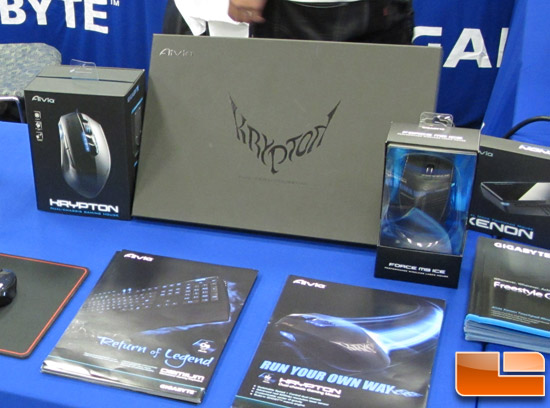 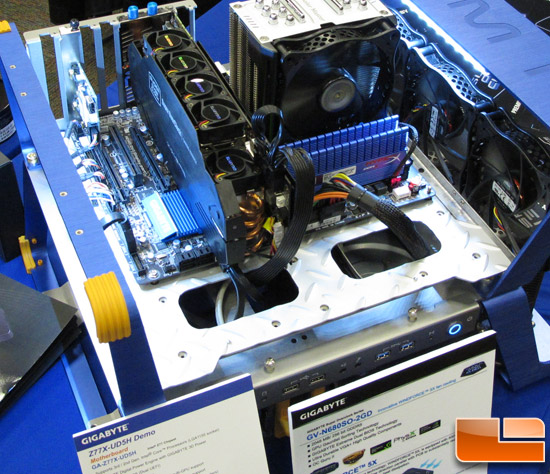 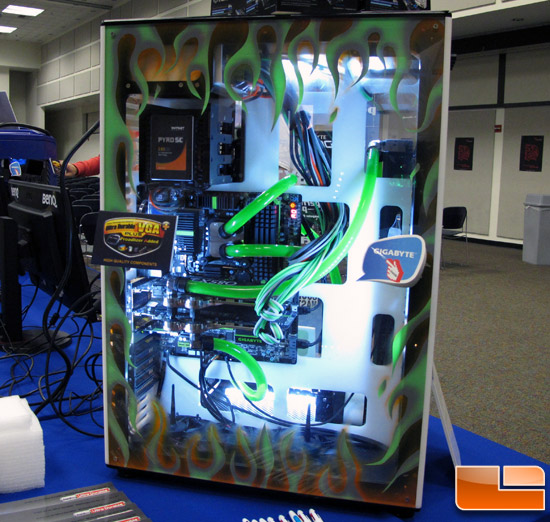 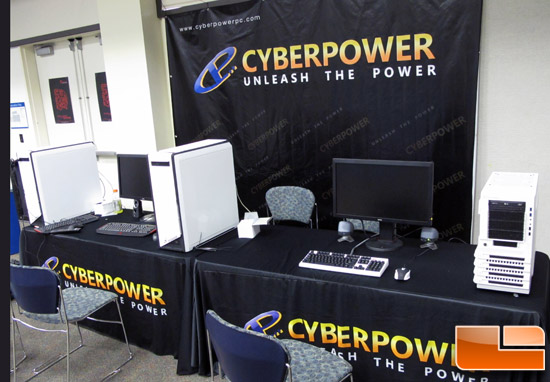 All around the Gigabyte eSports LAN Tournament, you would see CyberpowerPCs.  CyberpowerPC configured more than 80 PCs and were GESLs computer rig of choice. Each one was armed to the teeth with GeForce GTX 680 graphics card and Thermaltake Tt eSports perhipherals.  The Challenger Pro gaming keyboard with its signature external fan and macro buttons were what many pros and all the Casters were using. We saw CyberpowerPC Gamer Ultra rigs being used in the tournament area while the CyberpowerPC  Gamer Xtreme rig was being used in the practice area.  Obviously, both have enough for the StarCraft 2 and League of Legends pros. 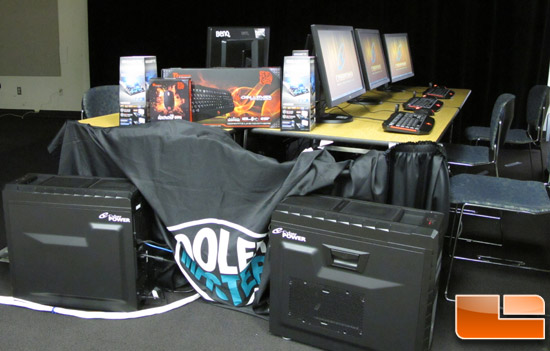 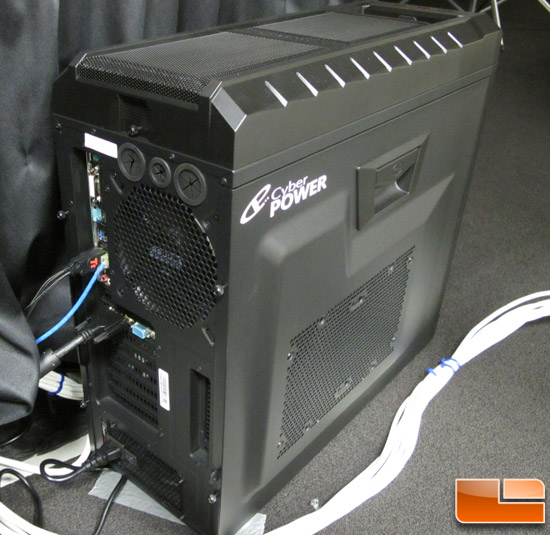 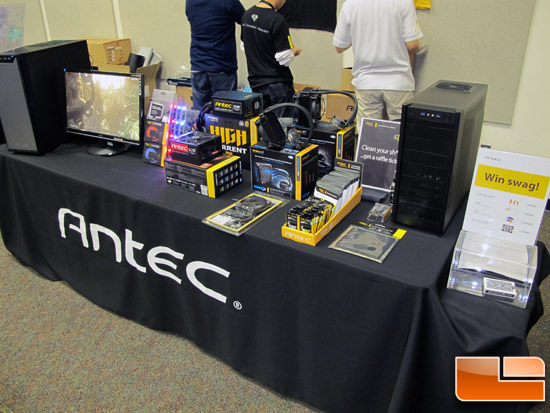 Antec Booth:
Over at the Antec booth, Antec was showing off their new Kuhler 620 high performance liquid CPU cooling system as well as their Gamer Series 620 power supply and High Current Pro 1200. The HCP-1200 is designed to output 1200W of continuous power and is SLI certified.   The Antec HCG-High Current Gamer power supplies we saw feature high-levels of power along with quiet operation thanks to the 135mm double ball bearing cooling fan.  We were lucky enough to get a quick booth tour from the Antec guys right before the GESL tournament started: 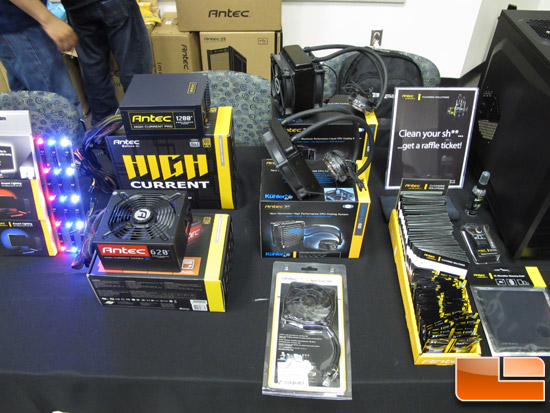 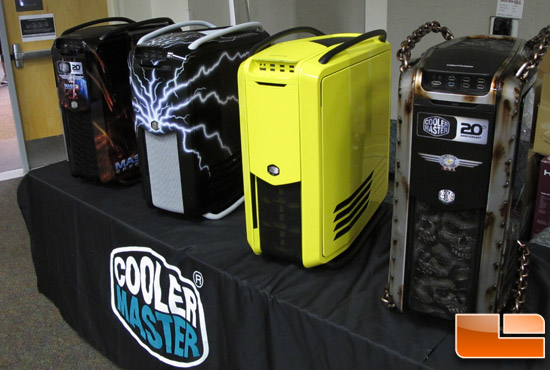 Over at Cooler Master, we saw a bunch of different custom cases, but our eyes went really centered on the new Cooler Master Cosmo II game case. The Cosmo II case can support 4-Way NVIDIA SLI or AMD CrossFire and up to 13 hard disk drives!  They also had a pretty amazing custom case by Lee Harrington

We checked out the Cosmo 2 game case, a custom case by Lee Harrington from PCJunkie Mods, some laptop Coolers and Cooler Master’s Silent Pro Hybrid. It was actually a very good mix of PC peripherals. 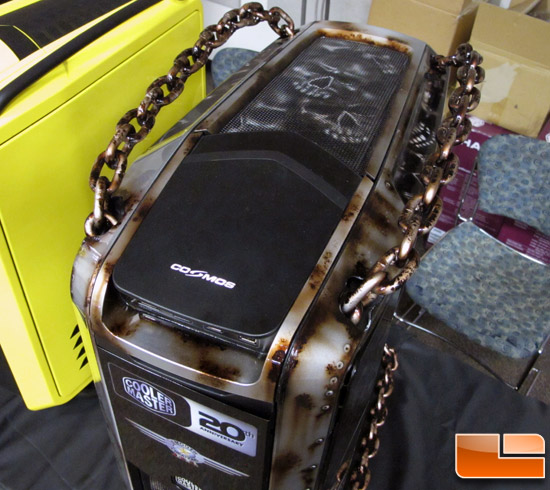 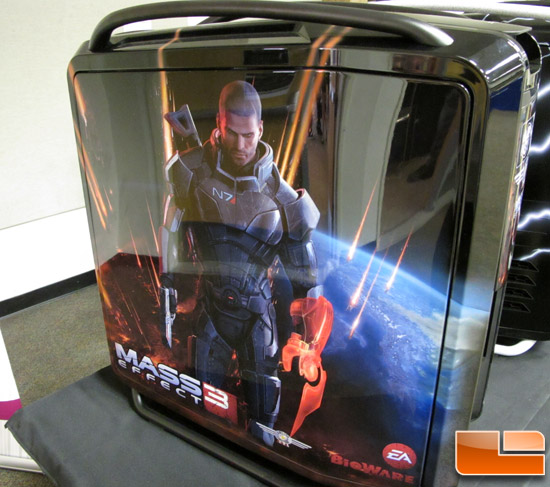 Well, that just about wraps up our coverage of the inaugural Gigabyte eSports LAN Tournament and Vendor Exhibit. We were very happy to see crowd over the three-days that the Cal Poly Pomona hosted this event.  There was plenty that Gigabyte and the other sponsors could build on for the next event.  The Intel LANFest was a rousing success as well and moves on to New York for its next stop.
Questions or Comments? View this thread in our forums!
Jump To:
« Prev 1 2