1080p, also known as Full HD, is still by far the most popular desktop resolution and the one that most gamers are interested in due to this fact. The September 2016 Steam Hardware Survey results showed that 1920 x 1080 is the primary display resolution by 37.27 percent of gamers! 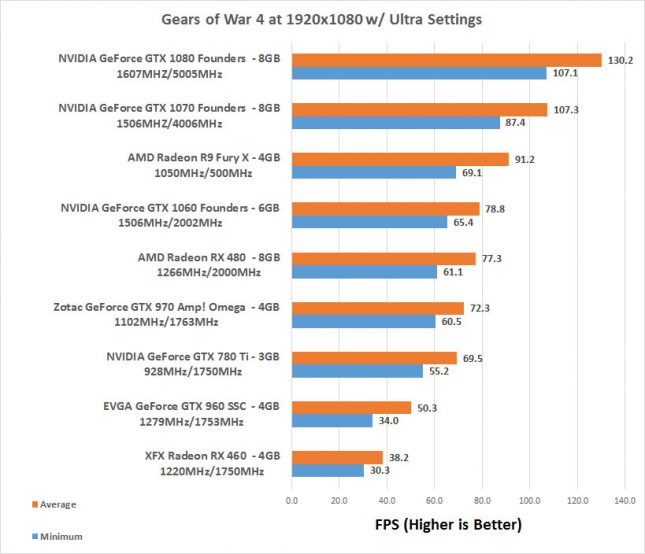 Moving up to 2560 x 1440 or Quad HD resolution is gaining in popularity thanks to lowering prices on displays and the fact that you can get a 144Hz panel at this resolution. This display resolution isn’t as demanding as 4K, so for gamers it really is the sweet spot when it comes to gaming resolutions. 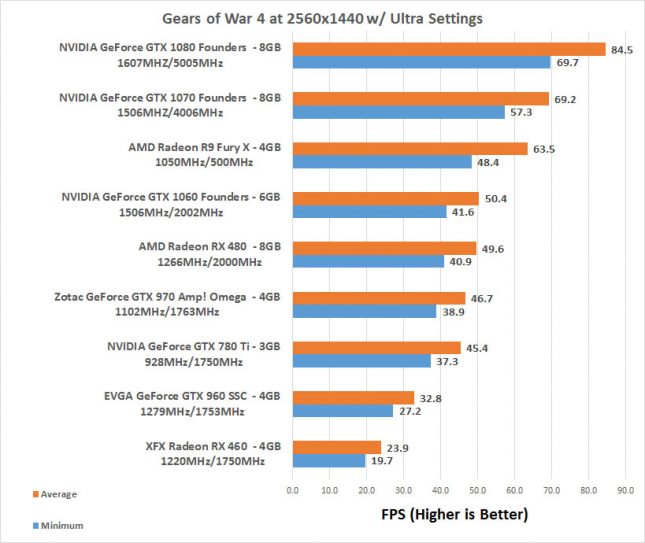 4K or Ultra HD has four times the pixels of the ‘standard’ 1080p display and is considered one of the most demanding widely used gaming resolution. 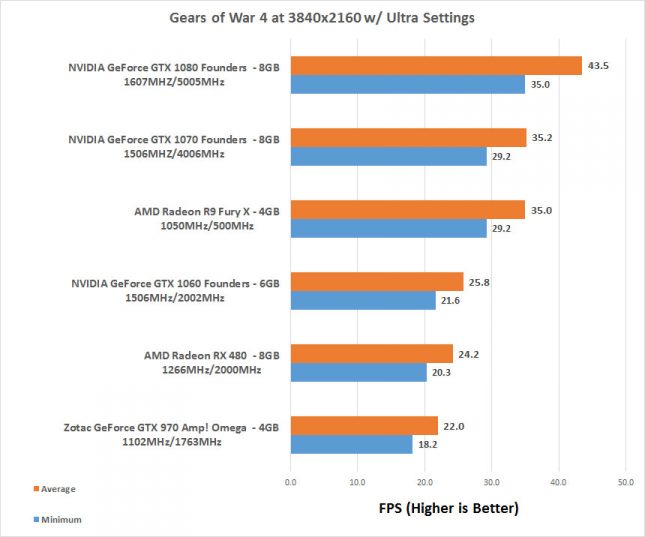 4K Benchmark Results:  We dropped off some of the slower cards that weren’t designed for 4K gaming off this chart, but as you can see none of the cards did really well at 4K resolutions with the default Ultra image quality settings. If you drop the image quality down to medium you’ll get average over 60 FPS on the NVIDIA GeForce GTX 1080 8GB FE, so 4K gaming on Gears of War 4 is too demanding for the single GPU cards on the market today. The bad news is that Gears of War 4 does not support multi-GPU setups, so there is no NVIDIA SLI or AMD CrossFire support to be had just yet. The Coalition plans to incorporate multi-GPU support in a game update that will be happening in the near future.

Gears of War 4 is without a doubt going to drive some gamers to buy new graphics cards and maybe even some SSD owners to get a secondary drive. This game takes up nearly 80GB of space and to get acceptable 60FPS performance on Full HD 1080P monitors you’ll need a solid graphics card. Hopefully the performance numbers we have provided will help those that do need to make a purchase of a new GPU. 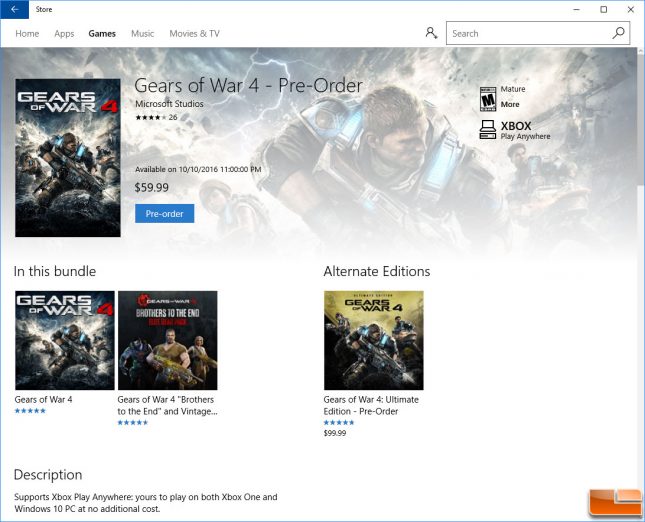 NVIDIA informed us that from today until October 30th, 2016 gamers who purchase a GeForce GTX 1070 or GeForce GTX 1080 graphics card, system, or notebook will receive a full-game download of Gears of War 4 for free. The game code will give you Gears of War 4 on both PC and Xbox One. If there are and console gamers looking to get into PC gaming this might be the game title that will help you come see the wonders of PC gaming. Gears of War 4 will run you $59.99 on the Microsoft Store, so that might help entice some people that are planning on buying the game already to get a new video card.