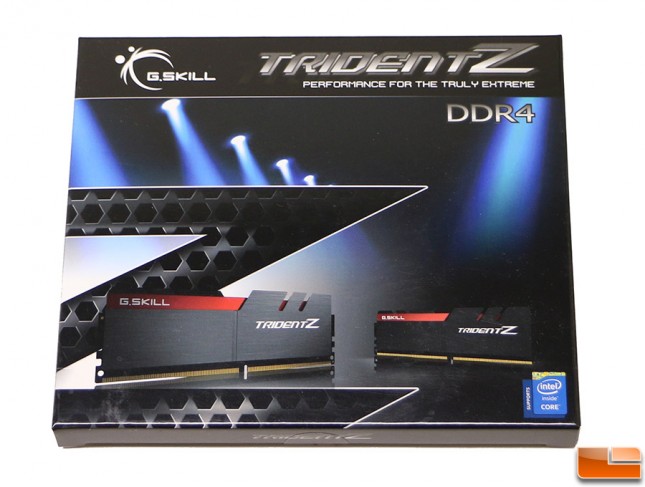 The G.Skill Trident Z 4000MHz 8GB (2x4GB) memory kit (part number F4-4000C19D-8GTZ) that we reviewed today pushed out ASUS Z170 Deluxe motherboard and Intel Core i7-6700K processor farther than we ever have with regards to memory clock speeds. This is the first time we’ve been able to run a dual-channel DDR4 memory kit at 4000MHz and it was very simple to do. We opted to manually setup the memory kit in the UEFI of the ASUS Z170 Deluxe motherboard in order to get tighter timings, but the Intel XMP 2.0 settings for this kit also worked flawlessly and allows you to run this kit at 4GHz speeds with just a couple mouse clicks. 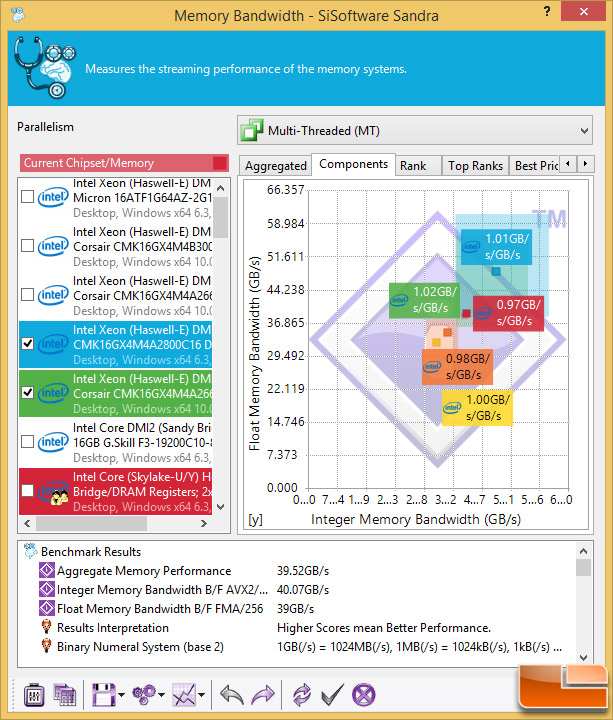 Performance was excellent and the aggregate memory performance in SiSoftware Sandara 2015 showed that we were just shy of 40GB/s of memory bandwidth! That is gobs of bandwidth for a dual-channel memory kit!

When it comes to pricing the G.Skill Trident Z 4000MHz 8GB (2x4GB) dual-channel memory kit runs $209.99 shipped at Newegg. That price tag makes it more than double the 3466MHz kit that we compared it to in the performance charts on the low end. Is it worth paying $120 more for a 4000MHz memory kit over a 3466MHz memory kit? More than likely not, but telling your friends that you have a 4000MHz or 4GHz memory kit sure is easier to say than 3466MHz.

The G.Skill Trident Z DDR4 memory kits have you covered when it comes to extreme performance memory kits. With 11 different speeds to pick from you’ll easily be able to find one that is able to push your Intel Z170 platform to the bleeding edge. The 4000 MHz memory kit that we played around with wasn’t able to run any faster than that on our platform, so we could be limited by the memory controller on the Intel Skylake processor, our Intel Z170 motherboard or possibly even the memory kit. We aren’t going to fuss about not being able to overclock it beyond 4000MHz as don’t feel like the memory is limiting system performance at all!

Legit Bottom Line: The G.Skill Trident Z 4000MHz 8GB (2x4GB) memory kit looks great and was able to run at 4000MHz with tighter timings than it was rated for!
Questions or Comments? View this thread in our forums!
Jump To:
« Prev 1 2 3 4 5
Tweets by LegitReviews