The Interior of the Fractal Design Integra R2 750W 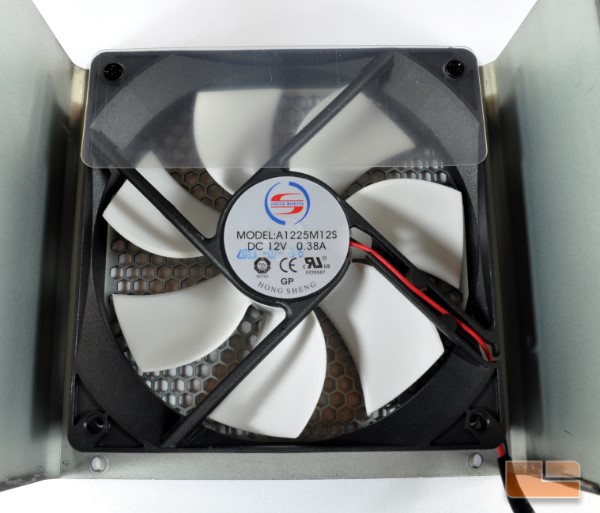 Even though the exterior of the Integra R2 is very similar to the Tesla R2, the inside is nothing like it. The changes begin with the cooling fan, which still has milk white blades but is now supplied by Hong Sheng, a Taiwanese manufacturer. The 120mm fan has a sleeve bearing and a maximum speed of 1900RPM. 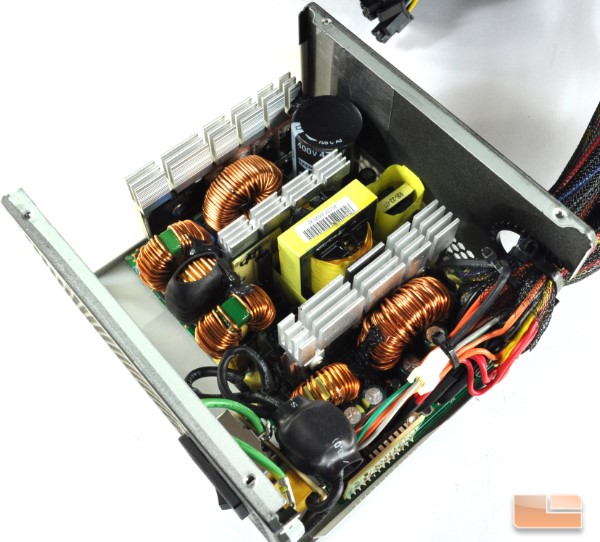 The base design of the Fractal Design Integra R2 750W power supply is, obviously, entirely different than that of the Tesla R2’s. Even the OEM differs, as the Integra R2 750W has been obviously based on a HEC/Compucase design, unlike the Tesla R2 which is made by ATNG. HEC is a more popular OEM when it comes to middle/value range products and they do a great assembly/soldering job, yet their designs are simple and not usually capable of amazing performance. 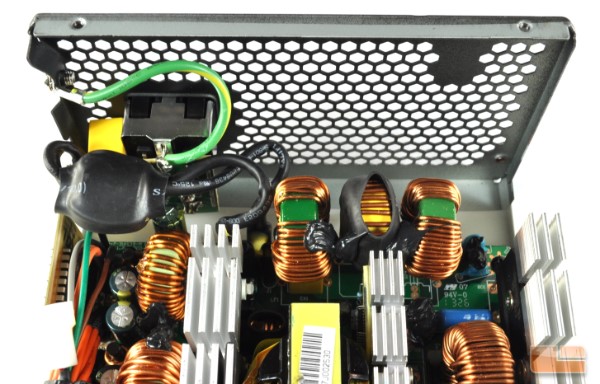 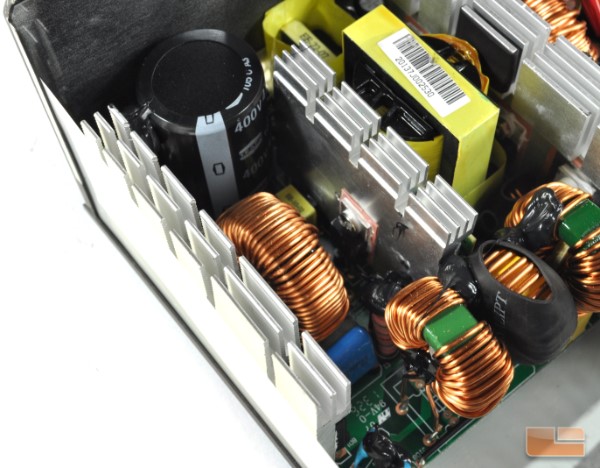 A large choke and a single Teapo 400V/470uF capacitor are the passive components of the APFC stage. The active components, a diode and three transistors, are on the heatsink near the edge of the unit, alongside with the main bridge rectifier. Two transistors on the heatsink next to the main transformer create the primary side of this power supply. 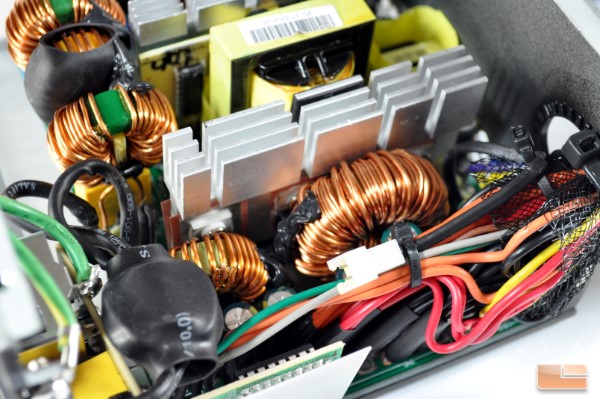 The heatsink on the secondary side of the transformer holds the six switches which convert the input to the DC lines, all of which are passive. Four generate the 12V line, one the 5V line and one the 3.3V line. This is the major technological difference between this unit and the Tesla R2, as the latter is using active switches (MOSFETs) and DC to DC converters, which tremendously boost the efficiency of a power supply. All of the secondary side capacitors are supplied by Teapo as well.