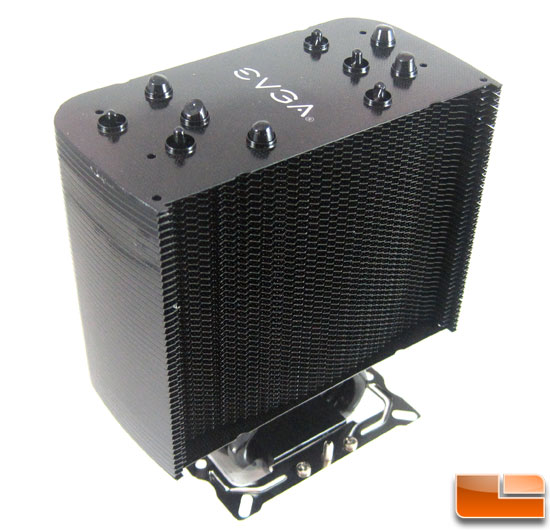 The Superclock is a nicely built CPU cooler that is easy to install and has looks that are subtle yet flashy at the same time. Subtle in that the cooler itself is a solid black in color aside from the EVGA logo and the mounting hardware. It gets its flash from the red LED fan, but you can always change fans or disable the LED lights if you don’t like lighted cooling fans. With the H.D.T. design and aluminum cooling fins the overall weight, 510g, is low compared to some coolers we have looked at lately that have pushed 900g plus. This isn’t a bad thing though as it won’t bend or stress the motherboard as much, which is ideal for those that bring their PCs to LAN parties or move it around without taking off the heatsink. 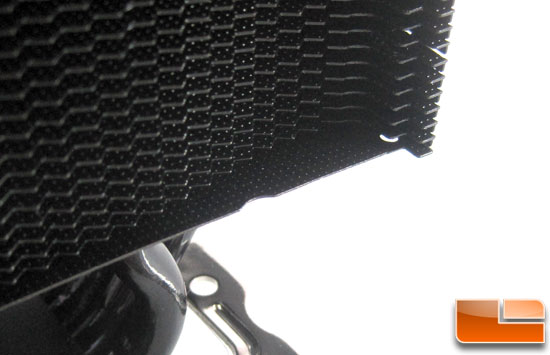 The cooling fin arrangement for the EVGA Superclock CPU Cooler is interesting in the way the center and outer edges form the wind tunnel to channel air to heatpipes. The design of the EVGA Superclock CPU cooler is eerily similar to that of the Swiftech Polaris 120 and is more than likely the same design with the physical differences being the color or appearance of the cooler and of course the lighted 120mm LED fan. The EVGA Superclock has an MSRP of $49.99 and the Swiftech Polaris 120 comes in at $47.99 plus $3.99 shipping on Newegg. So, it really comes down to which CPU cooler looks best to you. The Swiftech has a traditional natural aluminum and copper finish with a white fan and the EVGA Superclock CPU Cooler has the black nickel plated finish on it that looks pretty nice with the clear fan. Two totally different looks on what is essentially the same CPU cooler when you get down to the basics. 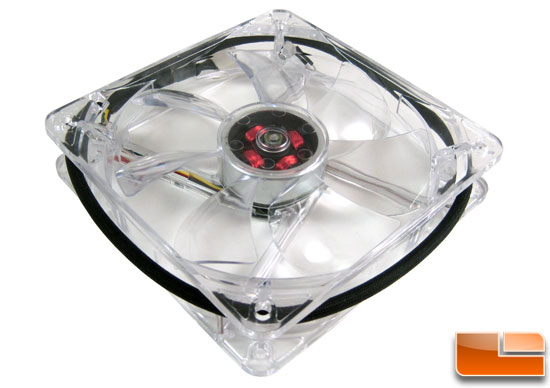 I only had one issue with the EVGA Superclock CPU Cooler throughout the testing and that was the fan that EVGA used. At full speed the fan is cranking away at 2500RPM and 41.5dBA. With that humming away in your system it will get your attention and was the loudest thing in our test system. The EVGA Superclock HSF performed as well as the Zalman CNPS11X at 4GHz and that is rather impressive not only from a performance standing, but also because the Zalman costs almost $30 more as it costs $79.99. In order to get the performance numbers seen in this review EVGA went with a 120mm fan kicking out 84CFM and that is the trade off for this CPU cooler. Just something we wanted to point out as it is something to ponder on.

EVGA’s website shows the Superclock has an MSRP of $49.99; that price falls in the upper end of mid range pricing. With the Superclock performing closely with coolers costing $20, $30, even $70 more, the EVGA Superclock CPU Cooler is well worth the price, especially when sites like Newegg get it. Usually Newegg sells items below MSRP, which would make this HSF even more attractive, if you don’t mind the noise.

Legit Bottom Line: The EVGA Superclock is a solid performing CPU cooler, with a reasonable price tag and a 1 year warranty. If you are okay with the 41.5 dBA rating the fan has then the Superclock should be on your short list of cooler options.