To overclock the EVGA GeForce RTX 2060 XC Gaming graphics card we first turned to NVIDIA Scanner in EVGA Precision X1 v0.3.11.0. This one-click overclocking tool makes overclocking easy and this is a great starting point to dialing in an overclock for your unique graphics card. The only problem is that a few minutes after clicking the scan button the system would hard lock. After trying to auto-overclock several times without success we ended up manually overclocking this RTX 2060 card like the good old days. 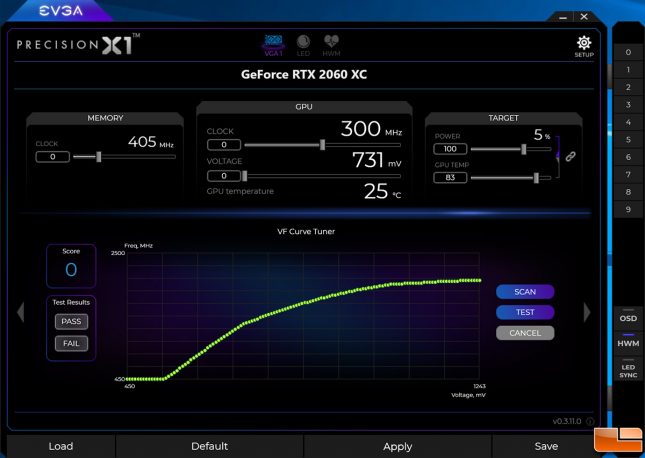 To manually overclock this card we kept using EVGA Precision X1 software and started off by cranking up the power target to 114%, which is the maximum value. We then slowly bumped up the GPU clock until we started getting games to hang or the dreadful on-screen artifacts, which was around +120 MHz. We then added 10mV to the GPU and was able to continue up to +155 MHz on the GPU clock. We then shifted focus to overclocking the memory and had no problems getting that up to +300 MHz. We easily could have pushed the memory further, but since we weren’t trying to break any records we kept it simple and stopped at that clock frequency. 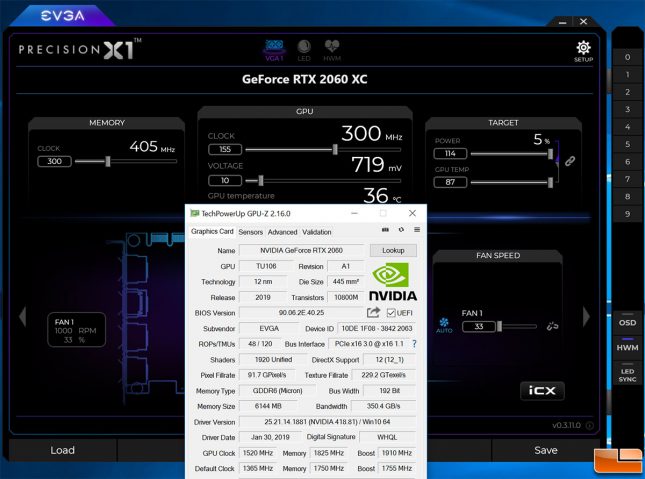 The NVIDIA GeForce RTX 2060 cards feature GPU Boost 4.0 technology, so the GPU clock frequency and voltage scales based on the workload as long as the temperature and power are within reason. We noticed that this overclock had our card boosting up to 2,145 MHz on the Turing GPU core clock when we started a game, but it would settle down to around 2,080 MHz after playing for a bit. We were seeing GPU Boost 4.0 clocks of up to 1,995 MHz on the card with stock settings, so with a +155 MHz core clock increase we expected to be hitting around 2,150 MHz and we are! 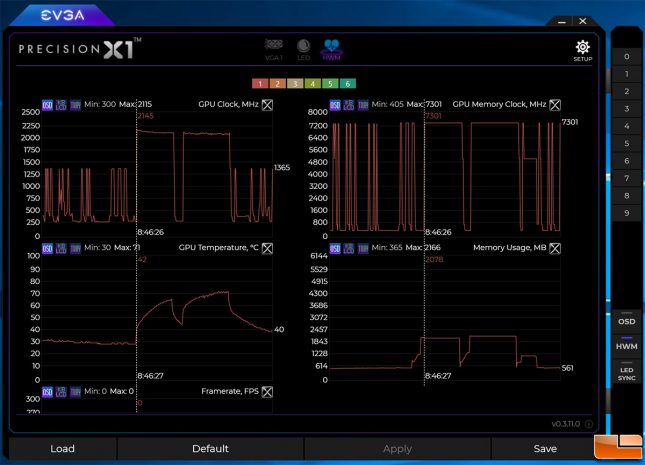 When we ran a few games with this overclock and found it to be stable while gaming for a couple hours. We then ran 3DMark Time Spy and found that the higher clock speeds and slight voltage increased performance by about 5%. 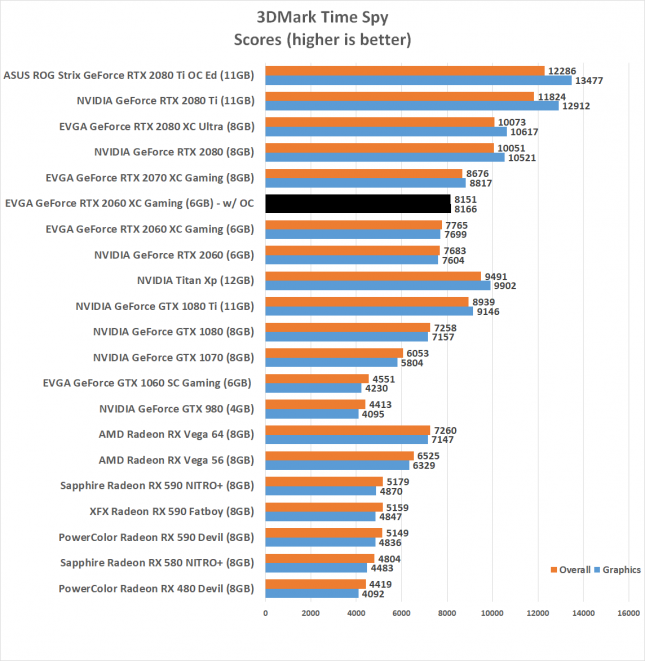 We noticed that the power draw went from a peak of 268 Watts to 288 Watts in Rainbox Six: Siege, which is too bad. This also caused the card to heat up faster and be a touch louder since the fan ramps up sooner, but nothing that was alarming or impactful to our gaming experience. In fact, the overclock helped smooth out gameplay noticably in PUBG at 1440P with medium/high image quality settings. The GeForce RTX 2060 plays PUBG smoothly at 1440P most of the time, but when you start to engage other squads things tend to get sluggish. This overclock was able to reduce those times and help deliver a smooth gaming experience! 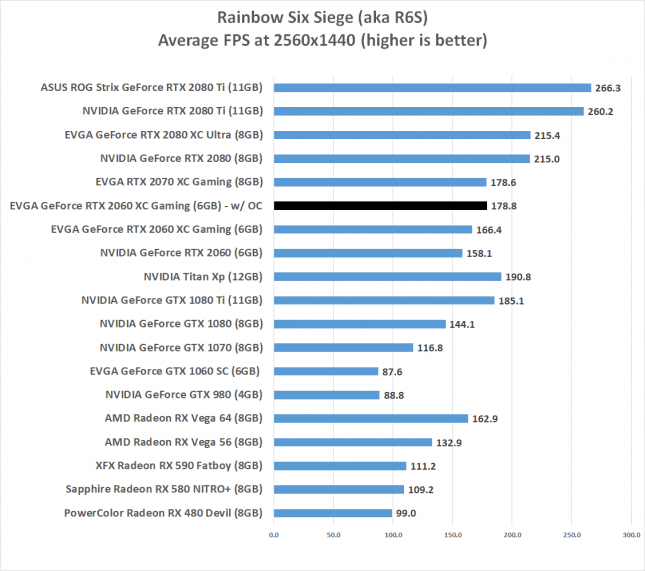