Intel’s Nehalem architecture was a huge step forward in putting high-performance computing into the average consumer’s PC. In many cases Nehalem offers performance that was previously reserved for dual-CPU configurations costing several thousand dollars. Now for $700 you can build a killer Core i7 build with 6GB of memory and a board supporting both CrossFire and SLI. 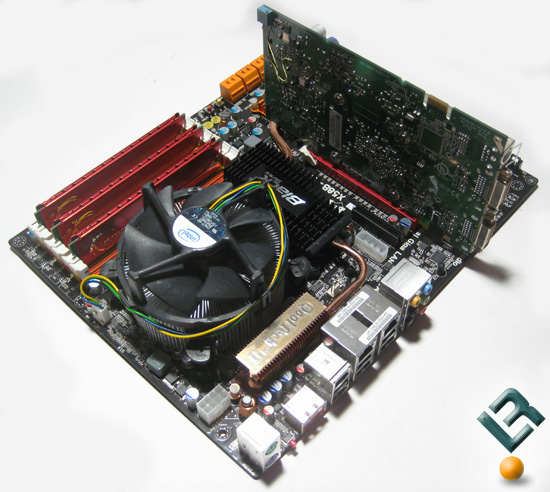 Elitegroup Computer Systems, ECS for short, is primarily an OEM manufacturer so it’s not well known to the enthusiast community. This is the second ECS board I’ve had my hands on and it is obvious that ECS is trying very hard to improve both their quality and their image. The last board, the ECS P45T-A, was an OEM board passed off as an enthusiast board. Just on opening the box though it was obvious ECS meant business.

Intel’s X58 chipset, the only current platform supporting Nehalem, supports CrossFire natively. SLI can also be supported but the board must be tested by Nvidia and either sport an nForce 200 PCIe switch or an SLI key within the BIOS. These from my understanding are unnecessary from an electrical standpoint and are simply a vestige of their chipset making days.

Below is a list of all the technologies incorporated into this board. Priced at $245, the ECS isn’t your top tier board but thankfully this is reflected in the price. This will be much appreciated by consumers given how most X58 boards are selling for $300 or greater. That being said, this board does have a lot of features that you wouldn’t expect on a budget board.