Inside The ECS LIVA X2 – The BWS-Mini Motherboard 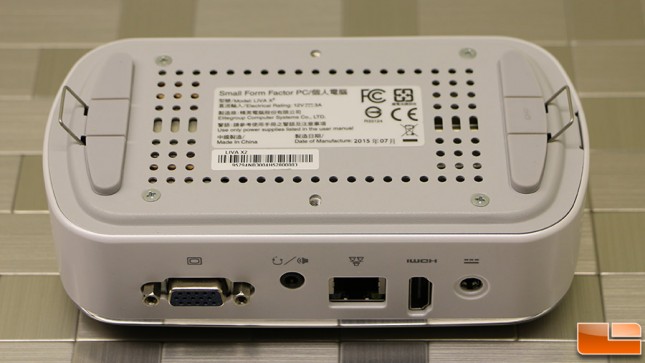 The bottom of the ECS LIVA X2 has rubber feet to keep it from moving around on any surface. There are four Philips screws that can be loosened to remove the bottom plate.  The only reason you need to really enter the LIVA X2 is in the event that you need to add a m.2 SSD for expanded storage. The two screw holes recessed into the middle of the case are for the VESA mounting bracket. The ECS LIVA X2 supports 75mm and 100mm VESA mounts. 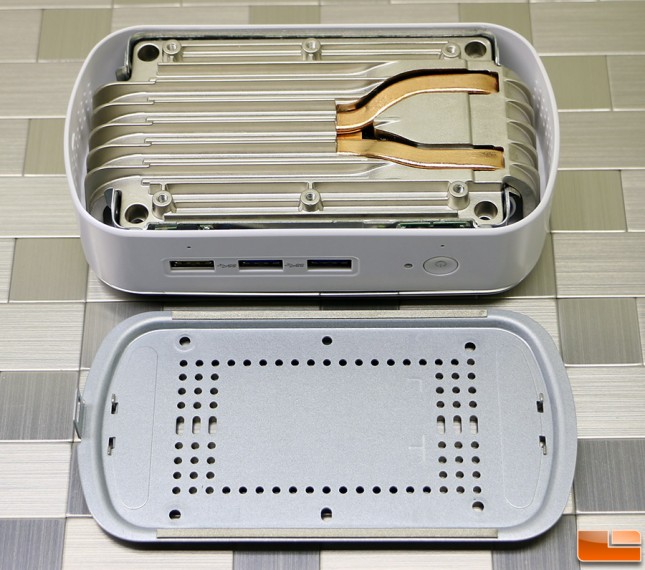 With the lower plate removed from the LIVA X2 you can see that there is a large passive heatsink with two heatpipes that spans the entire width of the enclosure to keep the Intel Braswell CPU cool. Since no fans are needed to cool the LIVA X2 it means that this is a silent 0dB mini PC! 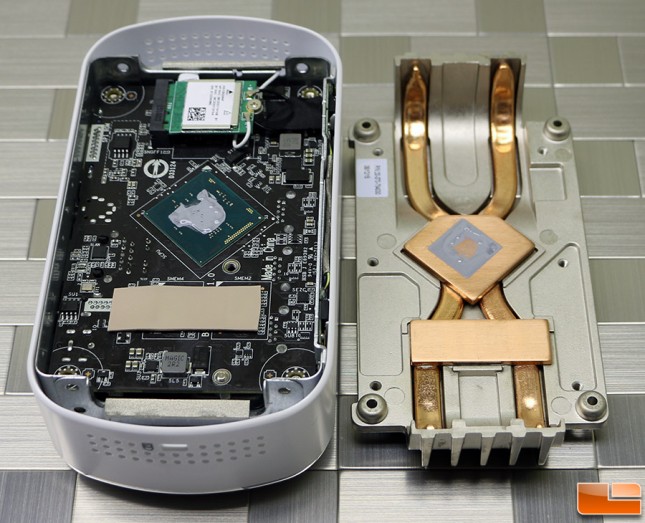 The heasink is held down four additional screws, but once that is removed you can take off the heatsink assembly. The two copper heatpipes are crossed to form an ‘X’ shape and there is a copper baseplate that makes contact with the Intel Celeron NIntel Celeron N3050 SoC. 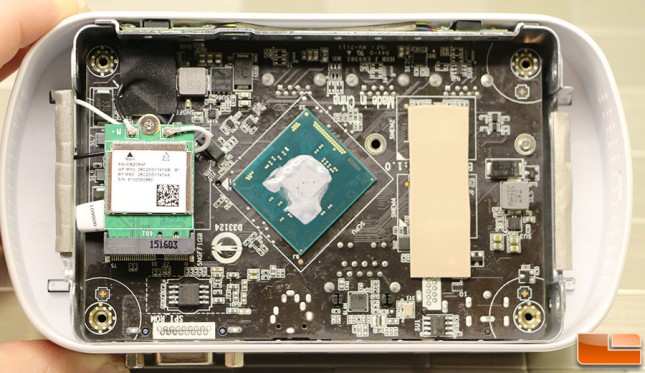 Here is a look inside the ECS LIVA X2 with the cooler removed from the top down.  Note that there are still some wires taped down to the motherboard, so don’t just go yanking on the board trying to remove it from the enclosure. You still need to remove the VGA standoffs as well as a metal bracket and Wi-Fi antenna cables 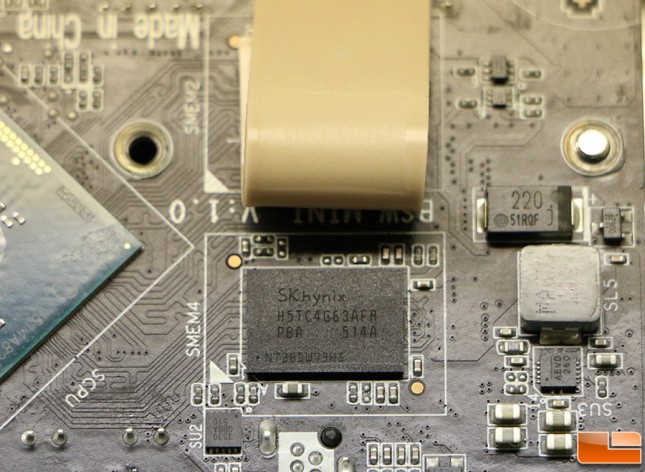 We discovered four SKhynix 1600MHz single channel DDR3L memory IC’s with part number H5TC4G63AMR that make up the ECS LIVA X2’s 2GB of integrated memory. These are 4Gb low power DDRIII synchronous DRAM chips that use 1.35V of power. ECS set the timings on the embedded memory at 11-11-11-28. 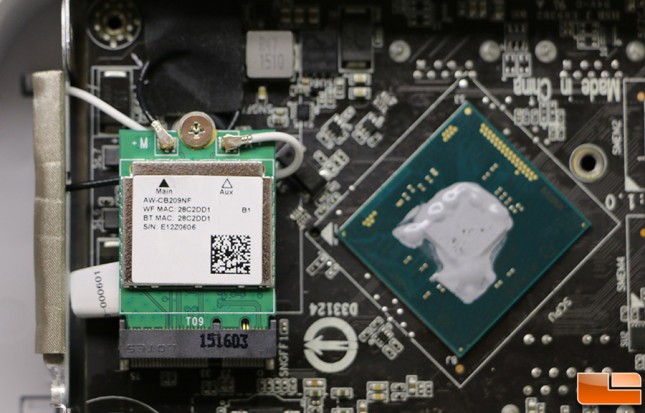 When it comes to the Wi-Fi module, ECS went with a Realtek 8821AE Wireless 802.11ac adapter. This 1×1 half size mini PCIe wireless solution is speed rated at up to 433 Mbps and it is the first 802.11ac card that we’ve seen ECS use in the LIVA series. The old ECS LIVA X used a AzureWave AW-NB087H-LE 1×1 802.11n solution that topped out at just 150 Mbps, so ECS is finally improving their wireless soluition. 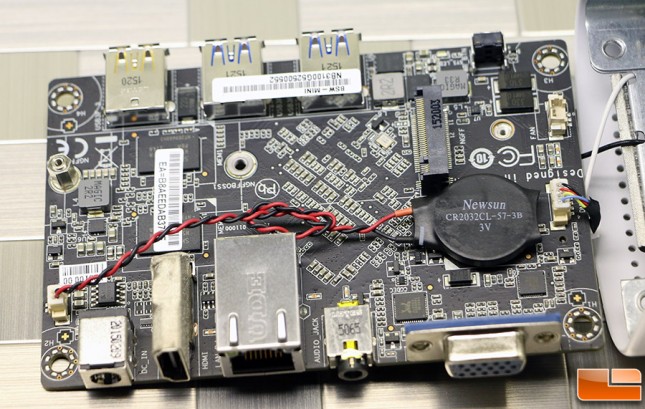 The unoccupied m.2 slot is found on the other side of the board. This means it’s a pain in the ass to get to as you basically need to strip down the entire system in order to gain access to the M.2 interface. It would have been nice of ECS to make the top plastic cover removable as you could just pop the top cover off and screw in a drive. The systems eMMC chip is located under the battery and the battery is glued down to the top of the chip.

The 32GB of Embedded Memory (eMMC) is handled by a Toshiba NAND Flash Memory chip labeled THGBMBG8D4KBAIR that was made in Japan. This embedded NAND Flash memory module is built on the 19nm fabrication process and the entire package measures just 11.5 x 13 x 1.0mm in size. This 32GB Toshiba eMMC chip is compliant with JEDEC e.MMC Version 5.0, published by JEDEC in September 2013, and achieves a high read/write performance by applying the new HS400 mode that offers additional improvement in terms of interface speed (up to 400 MB/s vs 200 MB/s in the prior version). Toshiba says that this series of e-MMC NAND should be capable of hitting up to 270MB/s read and 90MB/s write in Sequential Interleave Mode, but the performance depends on the capacity.

Let’s build this system and move along to testing!