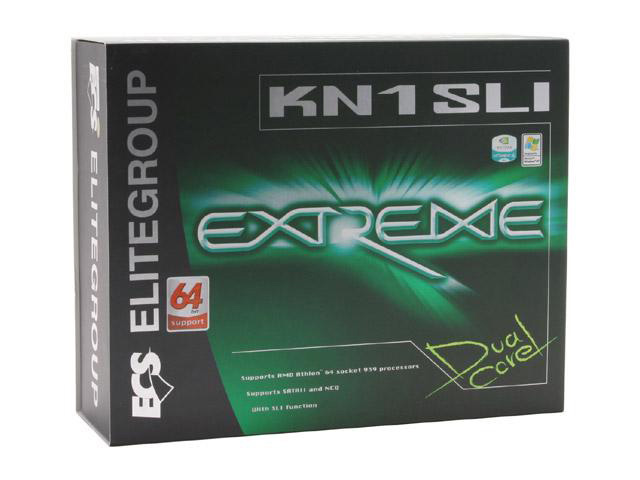 Last month Legit Reviews published two articles detailing the future plans of motherboard maker ECS and a detailed look at one of their first enthusiast motherboards. Gone is the reputation of low end, questionable quality motherboards, and rising from the ashes is a company determined to make an impact on the mainstream motherboard market.

In the first article Nathan Kirsch described his time spent at ECS’ North American headquarters as well as ECS’ plans to gather a bigger market share, while the article I wrote focused on ECS’ release of their impressive AMD based NF4 KN1 Extreme Ultra motherboard. While not a great overclocker, the KN1 Extreme Ultra showed itself to be a very good choice not only in its performance and stability, but high quality bundle as well.

Today, Legit Reviews takes a look at ECS’ new flagship motherboard, the KN1 Extreme SLI. Building upon the solid foundation laid by the Ultra, the Extreme SLI promises to take ECS’ newfound success and plant it firmly on the mainstream motherboard market due to the $115 price point the board can be found at. 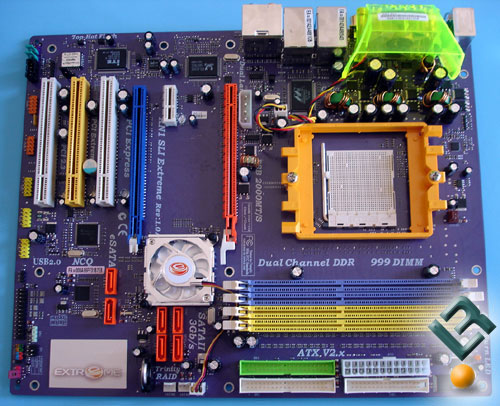 Before we get too far into our praise, lets take a look at the specs and look over the boards layout.