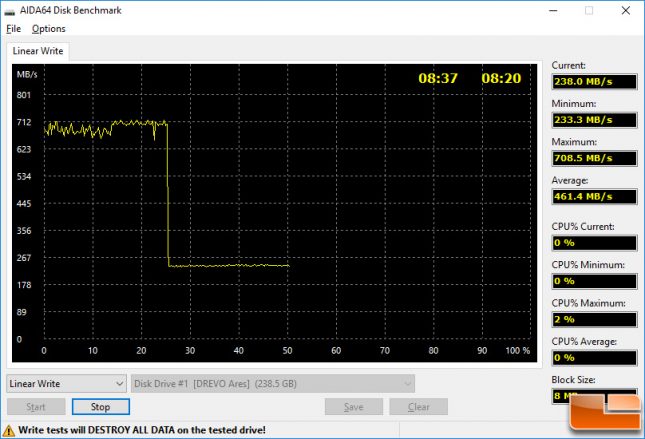 When you take a look at extended sustained write performance you’ll see that the performance was never smooth from the start, recovered for a brief period and then dropped off after about 64GB of data was written to the drive. The peak write speed seen was 708.5 MB/s with the low being 233 MB/s. We quit writing after  50% of the drive was full as not many people fill their drives half full with no breaks. 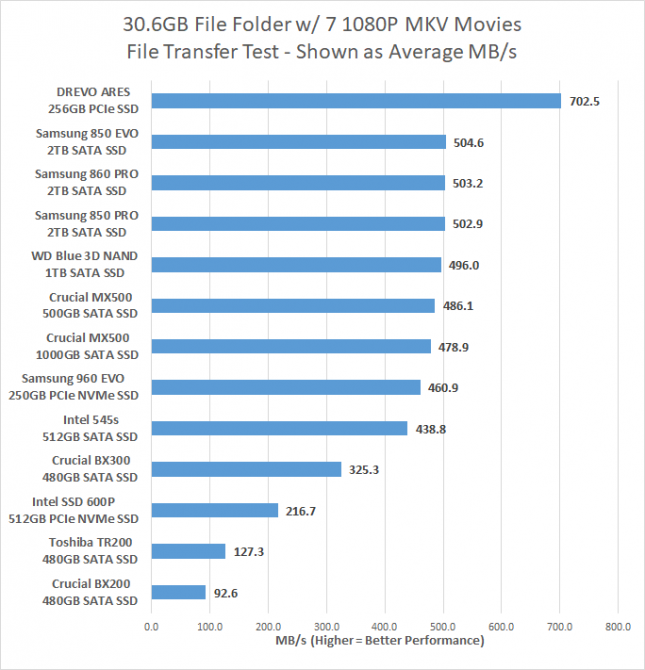 When it comes to writing large amounts of data to the DREVO ARES 256GB drive topped out chart with a speed of 702.5 MB/s. Keep in mind that no high-end PCIe NVMe drives have been recently tested, but it did good with this ~31GB file transfer test and was able to best other budget PCIe NVMe drives like Intel 600P 512GB and the Samsung SSD 960 EVO 250GB.