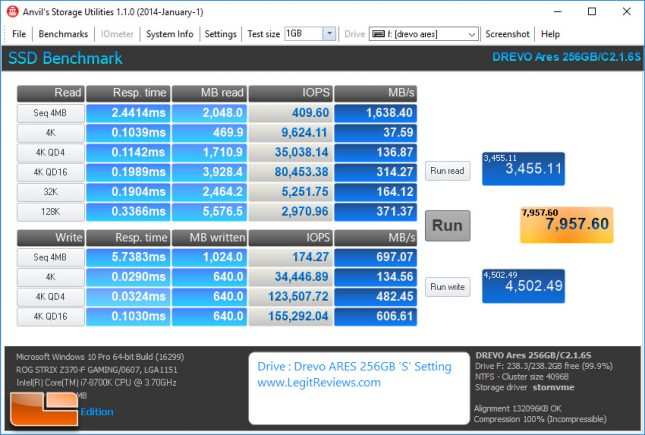 Benchmark Results: The Anvil SSD Benchmark showed that with 100% compression (incompressible data) the DREVO ARES 256GB drive was able to achieve a score of 7,957.60 points with 1,638 MB/s read and 697 MB/s write speeds when it comes to the measured sequential performance with 4MB file sizes. 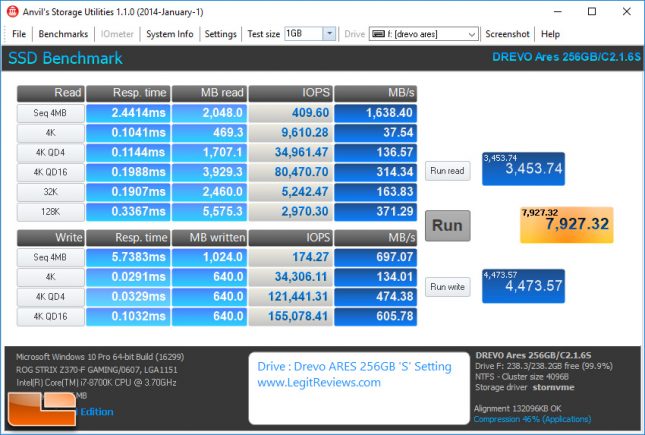 Benchmark Results: With the compression at 46% to help mimic real world applications better we found the overall score dropped just slightly down to 7,927.32 points. 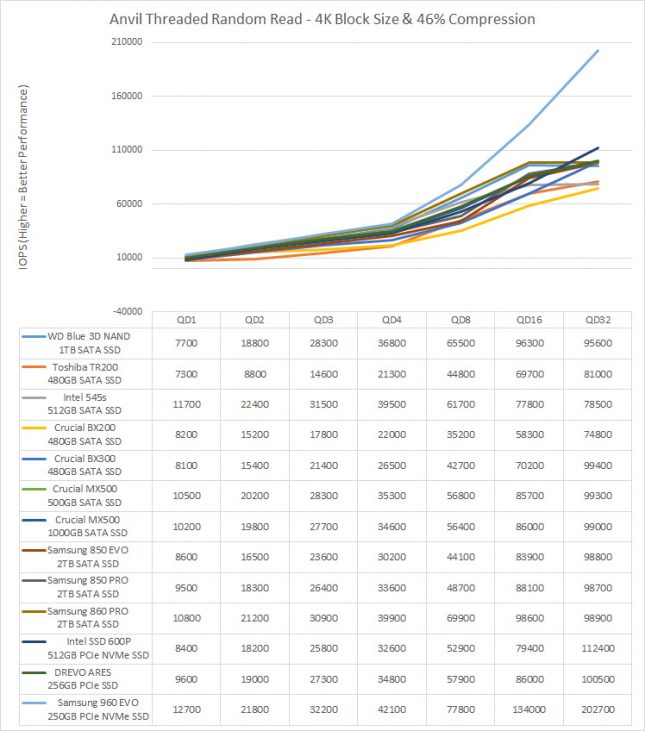 Benchmark Results: We used Anvil to check the 4K Random Read performance and found we topped out at 100,000 IOPS using the 46% compression preset that best matches typical applications.  DREVO specifications show this drive as having a maximum 4K Random Read IOPS of up to 100K, so this is spot on. The Samsung SSD 960 EVO 250GB costs the same as the DREVO ARES 256GB and you can see it has higher IOPS across the board with double the IOPS performance at QD32.

It should be noted that the high-queue depth performance (beyond QD8) on the ARES was found to be very inconsistent. 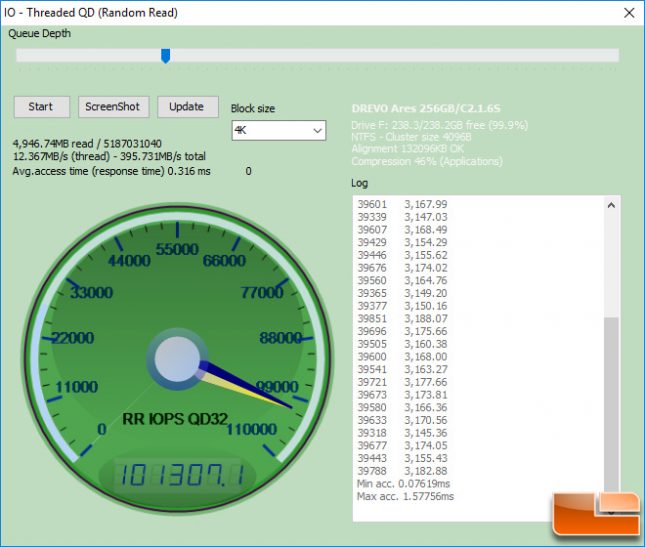 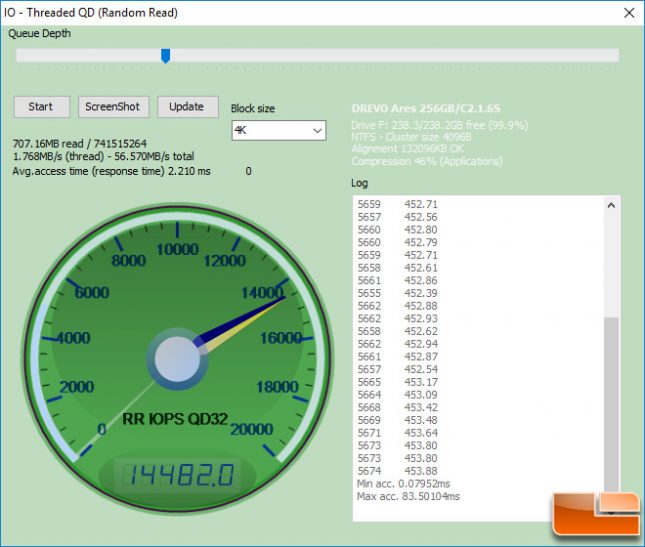 Then the very next test we could end up with something like this where the IOPS dropped down to just 14,500 IOPS for no apparent reason. Note that the maximum access time went from 1.6 ms all the way up to 83.5 ms! This is a slow down of over 50x and is likely due to some management tasks taking place on the drive that just happen to kill performance. We ended up taking ten runs on the drive and averaging the best three for our Anvil charts. The performance might drop this low only once or twice over ten runs, so an average of all ten without mentioning this didn’t seem like the right thing to do. 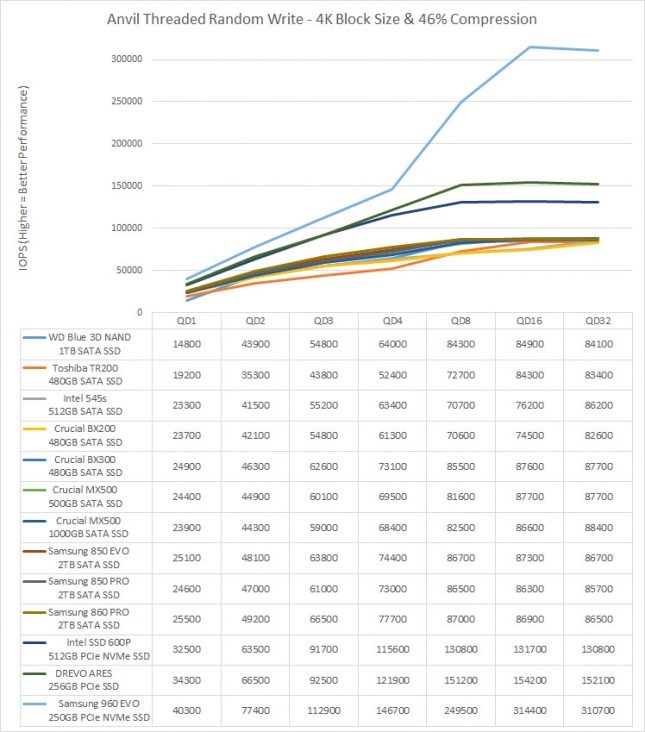 Benchmark Results: When it came to 4K Random Write performance, the DREVO ARES broke the rated 150,000 IOPS mark at QD8 and remained that that level up to QD32.