The two Castle R budget RGB coolers are available with a 120mm radiator for $69.99 and 240mm radiator for $79.99. Both have old school RGB lighting in the pump head and on each fan. If you wanted addressable RGB or a larger radiator (280mm or 360mm) you’ll need to move up to the Castle EX models.

Today, we will be taking a look at the budget oriented Castle 240R. This AIO Liquid Cooler features DeepCool’s Anti-Leak Technology, RGB compatibility to nearly all popular RGB platforms, and dual 120mm fans.

The DeepCool Castle 240R is packaged in a retail oriented box, the front provides a quick glimpse of the AIO Liquid Cooler, and briefly mentions the Anti-Leak technology and the RGB systems it is compatible with. You can see that DeepCool has you covered with ASUS, Razer, Gigabyte, MSI and ASRock RGB systems. If you happen to be in a retail location and need more information flipping the box over will reveal the above mentioned specifications. 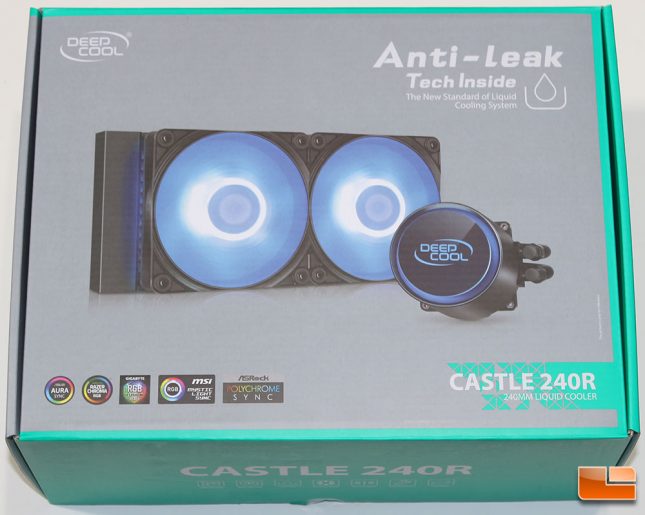 Opening the box, DeepCool has placed a form fitted plastic block with cutouts for the major components. With the exception of a little bit of the liquid cooling tubes, all the components are nicely wrapped in a plastic back to keep them from getting minor damage during shipping. 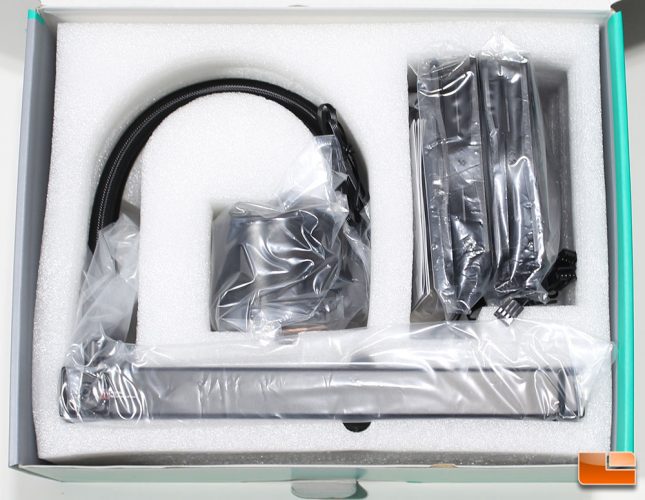 Everything you will need to install the Castle 240R in either an AMD or Intel system is included. Depending on the motherboard, DeepCool has labeled the individual installation components into labeled bags with a universal backplate4, the other components are universal to the install. There are two 120mm DeepCool fans, a detailed installation guide, a four pin fan power Y cable, and a four pin RGB extension cable. 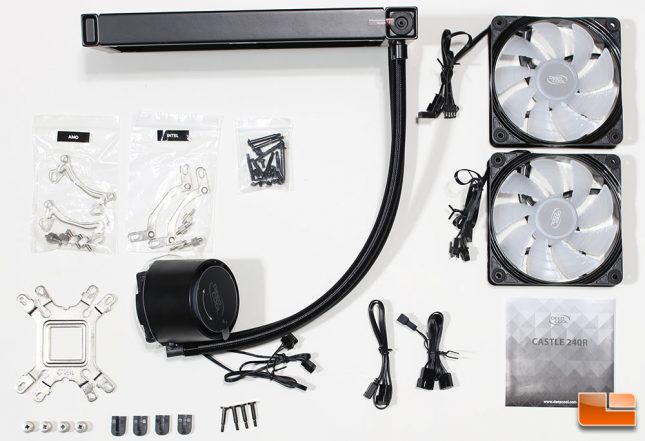 The DeepCool DF1202512CM fans have an adjustable fan speed between 500 and 1800RPM. At the maximum speed of 1800RPM, the fans have a noise level of 32dBA, while pushing up to 66.4CFM. There are two cables coming off the fans, a single connector for power, and a Y cable for RGB. The four corners have anti-vibration pads to reduce vibration which helps to reduce noise. The DeepCool fan blades are slotted, which also helps to reduce fan noise. DeepCool appears to be doing everything to keep noise level down from their components. 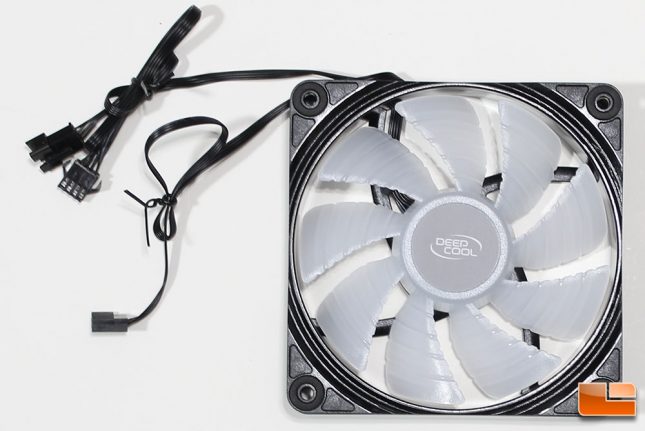 The Castle 240R radiator is a common design; it measures 28212027 mm or 11.1×4.7×1 so there shouldn’t be any issues with installing it in most systems. There are no markings on the radiator 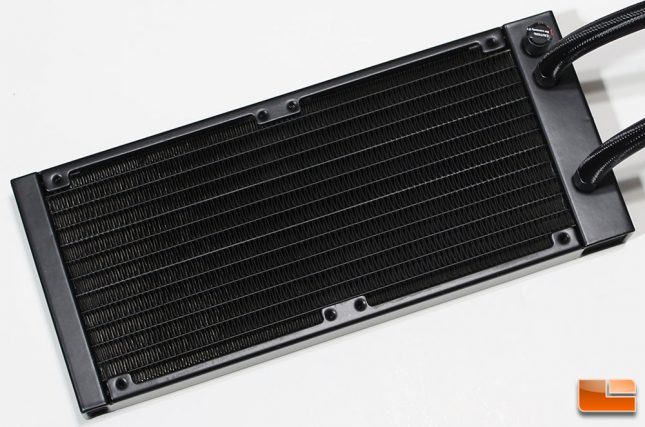 The top of the pump is protected by some additional plastic, and has and interesting Arrow on it. DeepCool has designed the top of the pump to be able to rotate depending on your specific install; this allows the DeepCool logo to be in the correct position no matter which way you install the pump. Other models of the Castle series (the EX series) includes a removable cover which allows you to customize the logo. 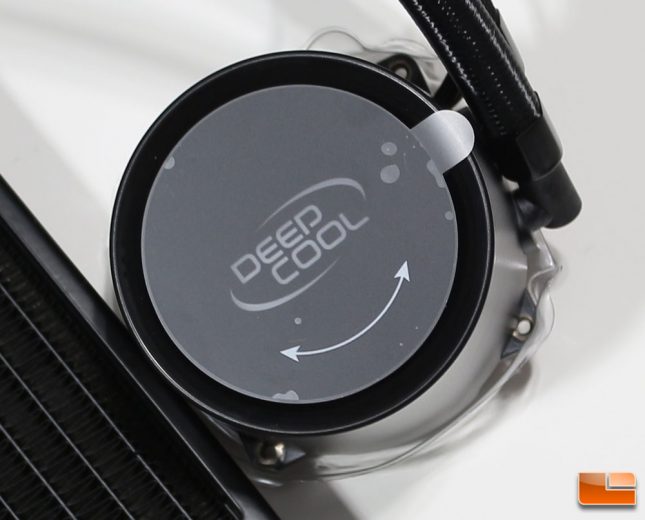 Taking a quick look at the baseplate, we find an octagon shaped copper baseplate with pre-applied thermal paste. 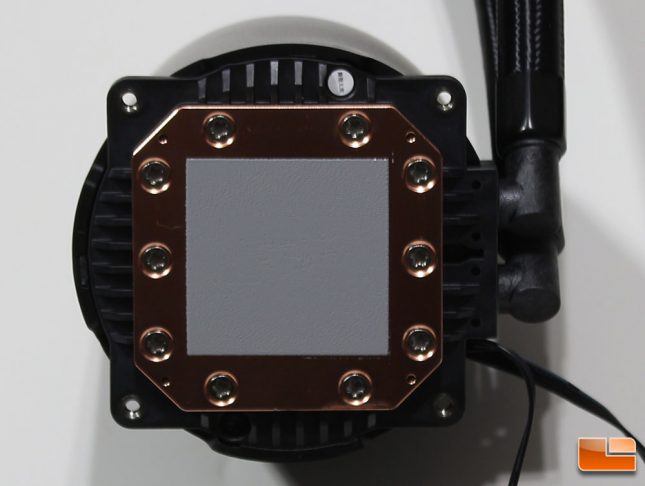 Let’s move on and take a look at the Castle 240R installed and check out it’s performance.