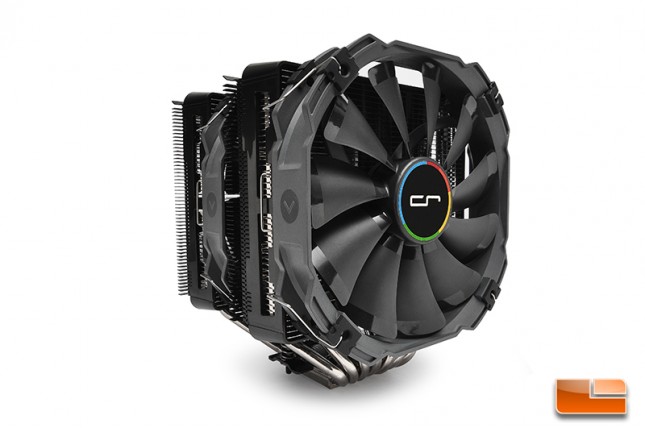 Founded in 2013, CRYORIG is a relatively new name in the world of high performance computer cooling, but the team has a lot of experience in the field, with many of them having worked previously at companies such as Thermalright, Phanteks, Prolimatech and more. CRYORIG claims to be made up of PC enthusiasts and the reason for their existence is that the companies founders were unsatisfied with the offerings currently on the performance PC cooling market and thought they could offer better products in scope with both their needs and the needs of enthusiasts around the world.

Heatsink and AIO manufacturers seem to have saturated the market fairly well, with a large amount of companies offering solutions ranging from basic to extreme. CRYORIG themselves recently announced their A40 Ultimate AIO coolers, which offer a unique fan-on-pump design that should improve system thermals compared to other AIO models. While we anticipate the A40 Ultimate will be a great unit and look forward to reviewing it in 2016, there are still an appreciable amount of users who want to stick with air cooling and today we are going to look at the biggest, baddest, traditional heatsink that CRYORIG offers, the R1 Ulimate.

The R1 Ultimate is designed to be used on various CPU sockets, though given it’s $89.00 price and overall scope, we expect it to be used with high end CPU’s from Intel on the X99, Z97 and Z170 platforms. Also, given the size of the unit, it’s a downright monster to say the least, the CRYORIG R1 Ultimate will be limited to use in full-sized systems, unless really crafty thought is put into the build. With a TDP of 250W and weighing in at 156 grams, the CRYORIG R1 Ultimate is designed to outperform every other air cooled heatsink on the market, including the Noctua NH-D15 and it can even compete with AIO coolers, something that we will look into during the course of our review. Before we look at the packaging of the R1 Ultimate and dig in, I want to go over some features listed on the product page for the unit, because there are a lot of features and technology that go into making The R1 Ultimate that would likely go unnoticed by the average person. 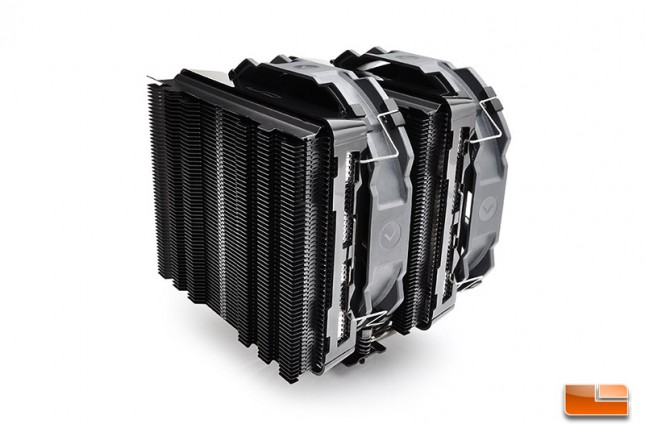 Accelerated Air Exhaust, The Faster the Cooler – The individual tower stack is separated into two sections, the loose air intake and the high density exhaust section. By the laws of fluid dynamics, the increase in fin count in the exhaust section squeezes airflow and increases exhaust air speed. The increase of airflow speed in our Jet Fin Acceleration System allows heated air leave the tower faster.

Kill the Noise, Silence is Cold – Acoustics are just as important as performance. Thats why the XF140 140mm fan integrates acoustic optimizations. The XF140 features our High Precision Low Noise (HPLN) Bearing and the detachable Acoustic Vibration Absorbers that give the fan a snugger fit while canceling vibration and noise at the same time.

Patent Pending “Multiseg” Quick Mount System – Providing an all in one solution on Intel platforms, CRYORIGs MultiSeg Quick Mount System allows for a securer and firmer installation within minutes.
Fast, Easy and Reliable Install Within Minutes

CRYORIG products are planned from the ground up to be user friendly and easy to use. 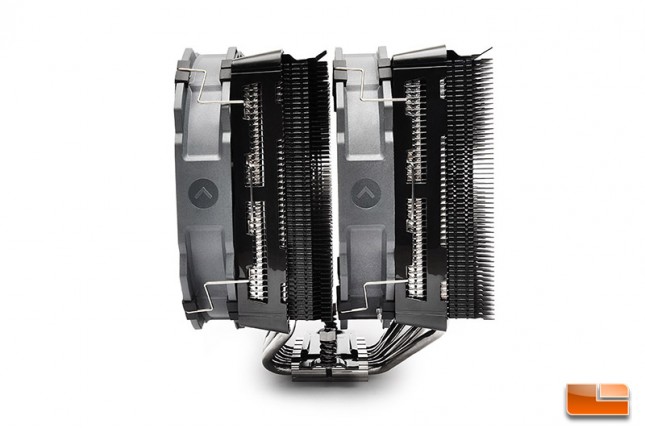 While a lot of the features listed are just marketing points, there is genuine thought and design going into the R1 Ultimate. For example, the loose air intake and high density exhaust section is a solid design element that makes total sense, as it should allow for optimal airflow through the unit, while lending well to heat dispersion. Increasing the surface contact between the heatpipes and fins is also very important, as this is how heat is primarily transferred, though some airflow will directly cool the heatpipes themselves. 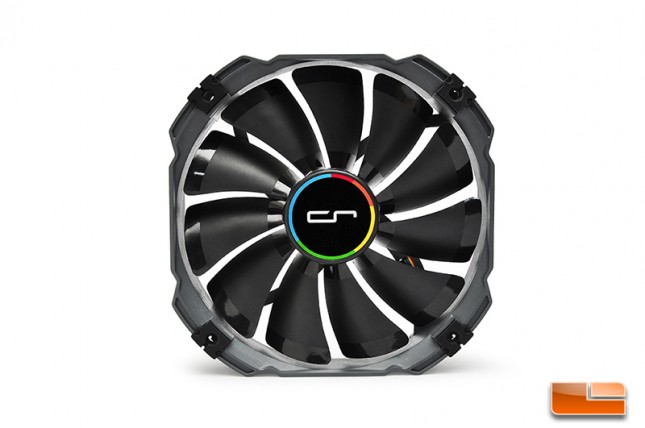 CRYORIG makes note of their XF140 140mm fan in their features and it’s for good reason. This fan has a very solid airflow to noise level ratio, offering 76 CFM of airflow while maintaining a maximum noise level of 23 dBa. In addition, the XF140 offers very capable 1.44mm/H20 static pressure rating, making it more capable of moving air through the fin dense R1 Ultimate. These fans should compete well with just about any other fans you’re going to find included with a heatsink, as the airflow to noise ratio is just amazing.

Now that we’ve gone a bit over the features of the R1 Ultimate, let’s take a look at the packaging and included accessory kit.