Just scant days after the announcement that EagleTree Capital bought a majority share of the company, Corsair sent us over one of their new One Pro 1080 Ti gaming system to check out. Unfortunately, we had some delays in the process and were only able to spend a few days with it before the launch so no huge in depth analysis here, but we got enough hands-on time to give it a fair evaluation. It’s got some of the best parts available crammed into a relatively small package that’s visually dazzling. As a follow up to their original Corsair One that was well received in the industry, they’ve upped the ante a bit with some minor upgrades in this iteration. Namely the video card and the addition of an NVMe M.2 SSD with the latter being the chief gripe with the original One . I’ll relieve any suspense up front by saying it’s a kick ass system but I’m pretty sure you could tell that just from the specs and pictures alone and if not, maybe this video will help.

I don’t know how the retail models ship but our loaner system arrived in a giant Pelican case complete with a Corsair logo on top. It was well protected that’s for sure! Of course, you would expect as much given the value of the contents. I had big fun lugging the thing up the stairs to my office and I’m pretty sure my UPS guy isn’t thrilled with me. 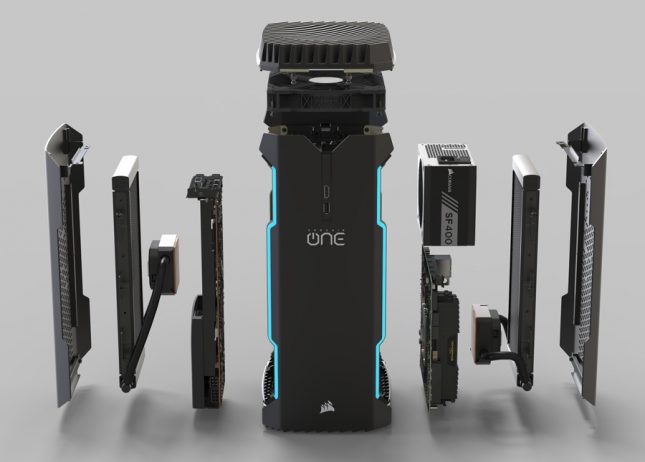 This baby comes VR ready which not only means it has the horsepower to handle it, but also enough high speed USB ports to dedicate to the VR equipment with enough left over for other peripherals like a keyboard and mouse because those are kind of important.

In designing the One Pro 1080 Ti, Corsair was aiming for the perfect mix of performance and compactness with minimal noise. Going in I’d say they nailed the first two but the latter will need some evaluation which I’ll weigh in on later. 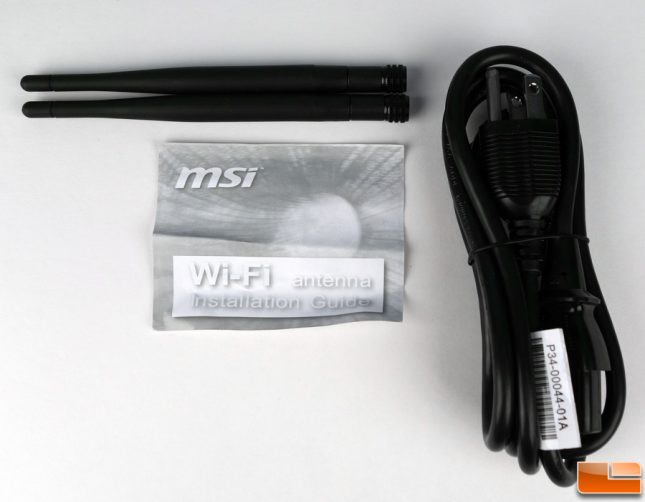 Along with the system, the only accessories that come with it are the power cord, two Wi-Fi antennas, and antenna installation guide (spoiler- they screw on). Let’s have a closer look!