Before going into the benchmark, let’s talk about the testing methodology. 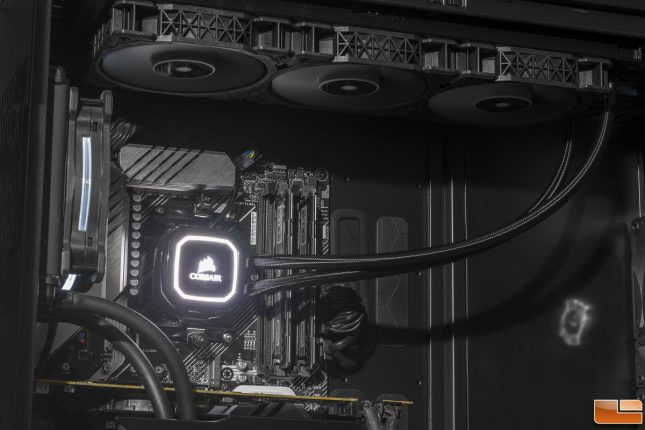 In this test, we will be using the AMD Ryzen 9 3900X overclocked to 4.2GHz on all cores. Voltage setting is set to 1.35v with the radiator mounted at the top of the case. The case we are using is the Fractal Design Define 7 XL with the side and front panels closed off. There are three 120mm fans at the front for air intake, and a 120mm fan at the rear for exhaust. This is to simulate a real-world scenario on how the cooler will perform in a typical gaming setup. Results may vary depending on the computer case.

We will test the cooler alongside the Corsair H100i; a very respectable 240mm cooler that has withstood the test of time. This should give many users using an older 240mm AIO an idea of how much improvement they can expect to see when upgrading to a larger AIO.

We will also test the CPU temperature on the different modes offered in the iCUE software. To test the coolers at their maximum fan RPM, we have ran tests with the fans attached directly to the ASUS Prime X570-Pro motherboard. The fan settings on the motherboard are set to run the fans at 100% when the CPU temperature reaches 60C. All of this with an ambient room temperature of 20.5C with AIDA64 running a 30 minute stress test. Idle tests will also be a 30 minute run period. Let’s take a look at the benchmark.

In our test, the older Corsair H100i put up a good fight against the larger H150i RGB Pro XT. Taking a look at the motherboard-controlled portion of the benchmark, we can see the H100i was only 3.4C on average warmer than the larger H150i RGB Pro XT during full load. I believe the reason for this is the SP120L fans, although pretty loud at max speed, have a rated maximum RPM speed of 2700. This allows it to deliver 77 CFM of airflow over the 2400 RPM/75 CFM on the H150i RGB Pro XT. During the test, the actual reported RPM on the H100i was 2777 RPM max at load and 817 RPM minimum at idle. On the H150i RGB Pro XT, the numbers were 2390 RPM max and 834 RPM minimum. 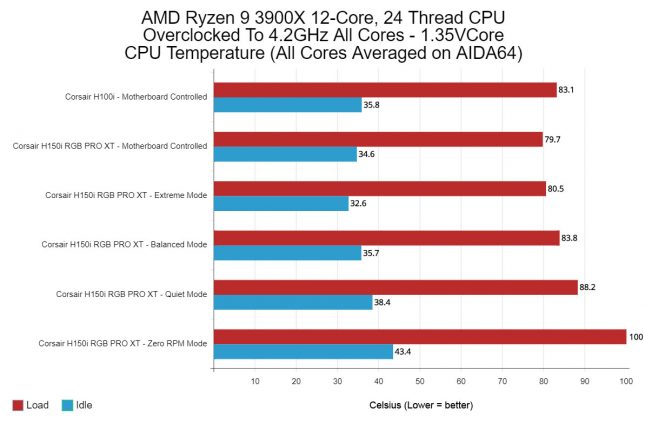 Once we get into the different modes provided in the iCUE software, we can see the temperature differences start to show. On Extreme mode, the fans were not running at their full potential compared to when they were plugged directly into the motherboard. Perhaps the CPU was not running warm enough to cause the coolant to heat up to a certain temperature for the pump to max out fan speeds. According to the graph using the iCUE software, we got a maximum of 1809 RPM at load. This increased the load temperature by almost 1C compared to when the fans were running at their maximum speeds. As for idle temperature, the 3900X sat at a comfortable 32.6C at 1102 RPM.

As we move down the chart, we can see both idle and load temperatures begin to increase as the fan RPM begins to slow down for each mode. In Balanced mode, we are at around the same temperatures as we were with the H100i when it was running at max RPM. The only difference was the noise and fan speed. The H150i RGB Pro XT was running at just 1352 RPM at load, and 738 RPM on idle; significantly quieter than the H100i to achieve similar results.

When switching to Quiet mode, the CPU temperatures had the biggest increase with fan speeds running at 1098 RPM max and 451 RPM minimum. Noise level was quiet, but with this overclock, we were just compromising temperature and possibly CPU performance for silence at this point.

The H150i RGB Pro XT provides great cooling performance for high-end desktop processors. It had no trouble keeping the temperatures under control on the AMD Ryzen 9 3900X with an all core overclock of 4.2GHz. Just be careful with Zero RPM mode as the cooler adjusts fan speeds according to coolant temperature. The coolant will take some time to warm up to increase fan speeds. This mode may be good for mid-level CPUs, but not ideal for running an overclocked high-end CPU in a daily basis.

Although performance is great, the cables coming from the water pump can potentially become messy if not managed properly. I would have liked to see a detachable fan cable, similar to what was on the H100i we tested with. The additional micro-USB cable adds more clutter to the spider web of cables. Be sure to take some time and find a way to route the cables around the water pump and motherboard components. 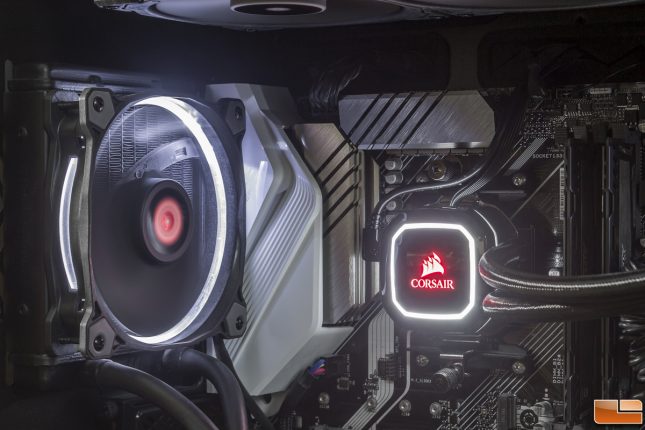 The H150i RGB Pro XT is priced at $159.99 shipped, which is significantly less than the initial MSRP of $189.99 for the Hydro H150i Pro RGB. At this price range, this liquid CPU cooler competes against other 360mm radiator liquid CPU coolers, like the Fractal Design Celsius S36 and the NZXT Kraken X72. Backed up with a five-year warranty, I am giving the Corsair H150i RGB Pro XT our Editors’ Choice award due to its performance and value.