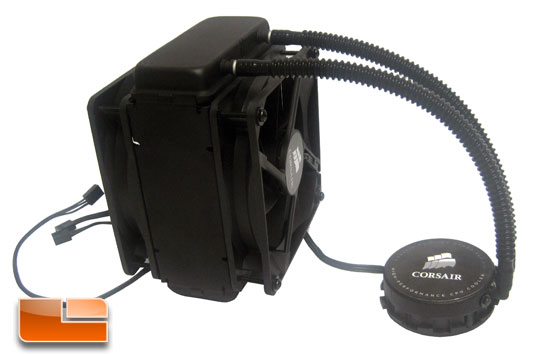 To be what seems like a mystical black art, water cooling gives most users chills to think of putting liquid in the PC as most are trained from small kids to keep liquid away. Those that have started to overcome the fear usually stop dead in their tracks when they watch the price tag climb. For the last few years companies have recognized the need for low cost, budget friendly kits. Corsair is one of those companies.

Way back in 2002 they designed and released their HydroCool 200 and followed up in 2006 with the Nautilus 500. Then last year they teamed up with Asetek and released the Hydro Series H50 to work with the LGA1366 and AM2/3 CPU’s. As the end users got a hold of it people liked it, but they were tweaking it to squeeze every bit from the cooler. What most liked about the H50 was it cost less than $80, which is very close in price to most top end CPU water blocks for custom loops.

Now Corsair has released an updated version of the Hydro Series H50 called the H70. The H70 has a beefier radiator, redesigned pump and cold plate, and comes with two fans rather than one. The H70 also comes with a little price increase. The Hydro Series H70, model CWCH70, can be found for around $110; even then it is still cheaper than a custom loop which can easily be in excess of $200 for a simple CPU loop like Corsair’s Hydro Series H70 does. The price is also very similar to what most H50 users ended up spending after buying a pair of matching fans for a push pull setup. 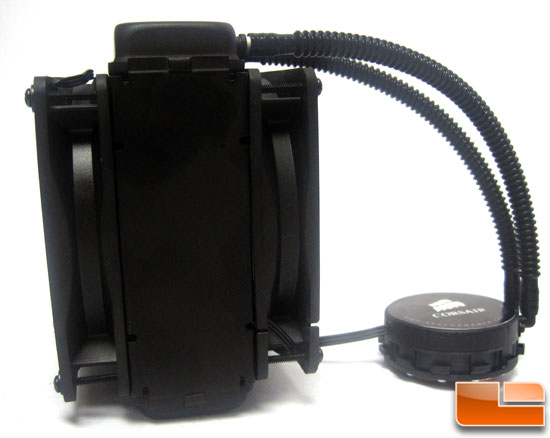 The new Hydro Series H70 still sports a single 120mm radiator but this time the radiator is thicker. It’s twice as thick as the radiator for the H50. The fans that are included in the H70 kit are 2000RPM fans pushing 61CFM at 31.5dBA. Corsair also includes inline resistors to cut the fan back to 1600RPM pushing 50CFM at 26dBA.