With the HS70 Bluetooth connected to the computer via USB, we had access to control the EQ Presets via the Corsair iCUE software. At the time of this review, we used iCUE version 3.36.125. This allowed us to adjust the equalizer settings, choose between the preset EQs, and adjust microphone settings. Unfortunately, the EQ Presets only applied as long as the iCUE software was running in the background. Like its predecessor, the HS70 Bluetooth does not have the ability to save EQ settings via hardware. 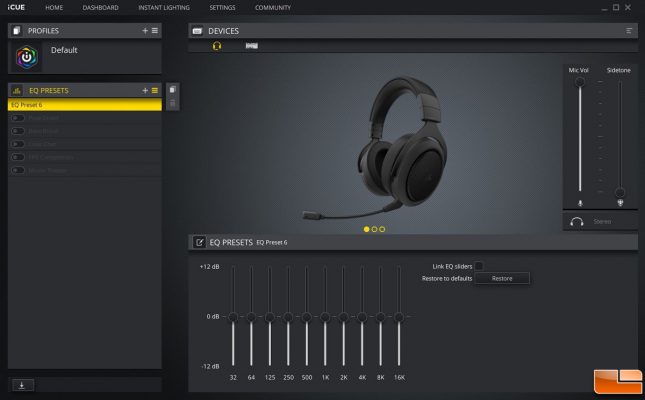 In terms of Device Settings, there was an option for Enable Voice Prompts. This feature will enable voice notifications for low battery, microphone mute/unmute, connection status, and more. 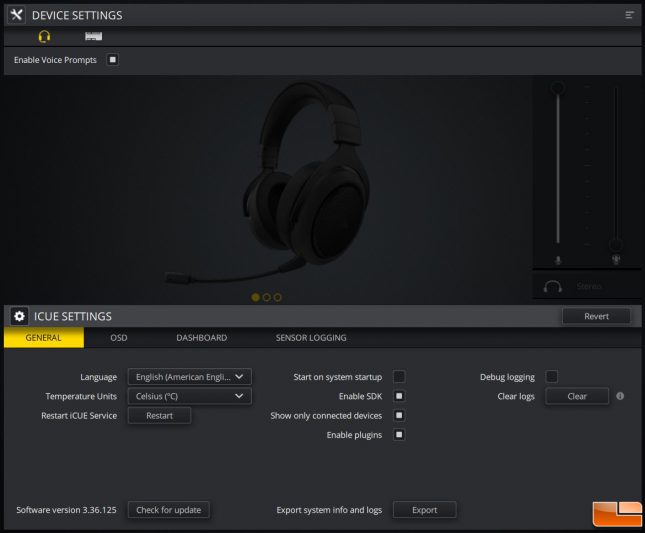 Moving onto testing. When it comes to comfort, the HS70 Bluetooth headset was mostly comfortable due to its soft memory foam in the ear cups. With the microphone and its windscreen, the entire headset weighed 360.0 grams on my scale. This made the HS70 Bluetooth 30 grams heavier than the HS70 Wireless headset; possibly due to the larger battery. But I did not notice any fatigue in my neck due to the added weight. 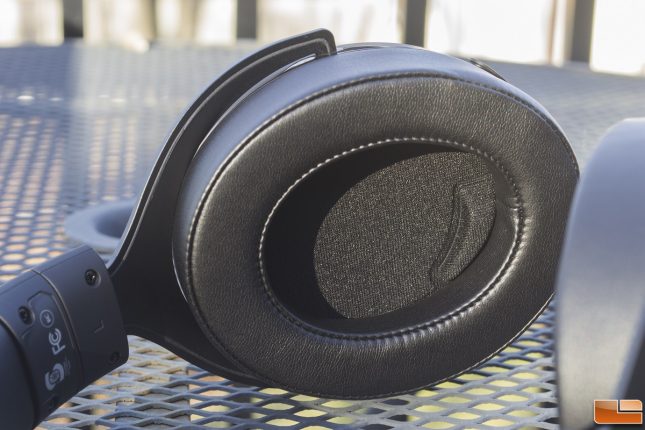 The adjustable headband did allow for some fine tuning, and it was not as loose as on the HS70 Wireless headset. The adjustment was slightly stiffer, which prevented the headband from accidentally readjusting itself when taking the headset on and off. 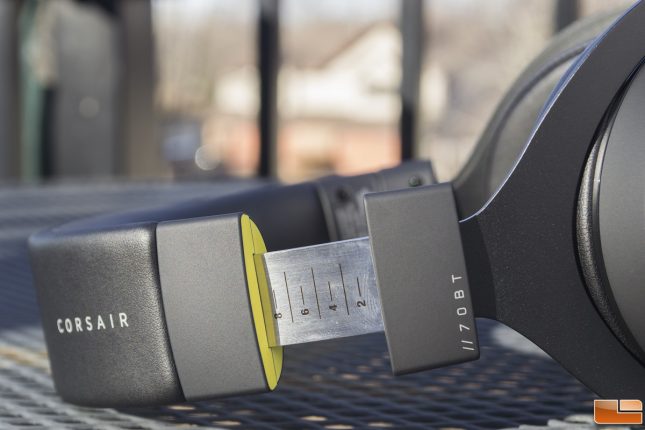 Unlike the previous HS series headsets, the ear cup grills no longer consist of circular holes. Instead, Corsair went ahead to provide a consistent design to all of their recent products by introducing a tri-hex pattern. This detail is easy to miss, but it is a nice added touch. 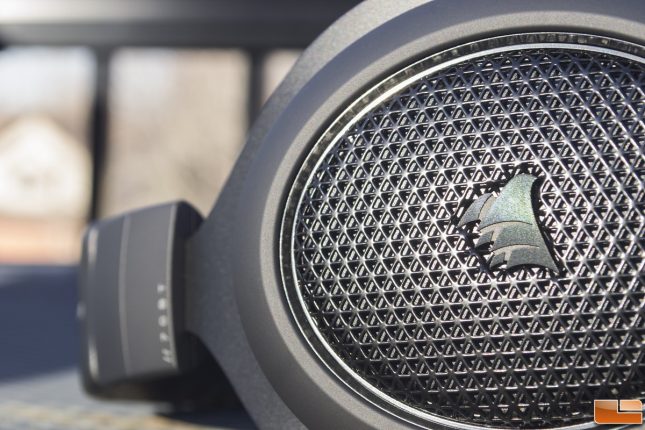 As for sound quality, the HS70 Bluetooth has a good balance between its frequency ranges. The low range still provided adequate bass, which was good enough without overpowering the mid and high ranges. Even at higher volume levels, the low range did not show any sort of noticeable distortion.

With games, I was able to hear footsteps without much problem. Voice chatting with other players in game was not an issue with the uni-directional microphone either. It does have a bit of a nasally sound to it, but it does serve its purpose well. Although not the best for streaming or podcasting, the microphone was good enough for casual gaming and meetings through Discord, Zoom, and Microsoft Teams.

Battery life was very good with its 30-hour battery. This is almost twice as much as the HS70 Wireless headset. I used the HS70 Bluetooth on and off for several days, and only had to recharge it twice. Using the provided USB cable, the headset would continuously charge the battery until the cable was disconnected. 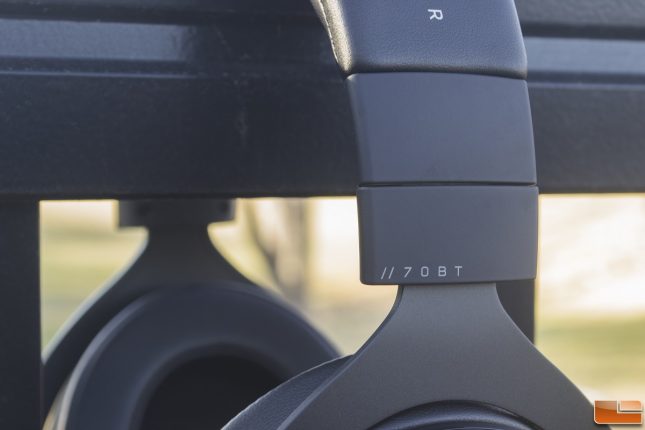 Bluetooth performance was great as I did not notice any lag or unusual response while gaming, listening to music, watching a video clip, or listening to an online meeting. Especially in 2020 where many people are working from home, the Bluetooth wireless performance was up to par with the situation. I did not lose signal when stepping away from my computer during an active meeting. As I moved to different areas of my home, the connection remained stable as long as I did not surpass the rated 30ft range. The audio did start to cut out once I started moving beyond 30ft, but that was to be expected.

I also found the simultaneous feature very useful. I usually have the headset paired to my work laptop while connected to my main computer via 3.5mm cable. This allowed me to listen to notifications from Outlook and Slack from my work laptop, while listening to music off my main PC.

Overall, the HS70 Bluetooth headset is a solid choice for a headset for PC, consoles, and mobile devices. This headset would make the most sense for people who would like to have one headset for their devices. Priced at $79.99 with free shipping on Amazon, this is a great asking price knowing it can save a user from purchasing multiple headsets. With its two-year warranty, sound quality, and simultaneous audio feature, the Corsair HS70 Bluetooth gaming headset is a great headset to consider when it comes to multiple platform support.