Corsair has another world-class memory kit here and the Dominator Platinum DDR4 Series kits  will most certainly push the limits of what some of the Intel X99 motherboards can do. In fact, Corsair recommends using the ASUS X99 Rampage V Extreme or the ASUS X99 Deluxe motherboards if you plan on running their 3200MHz or 3300MHz memory kits as those are the boards they used for much of their qualification testing and they are known to work best at such high DRAM clock frequencies. 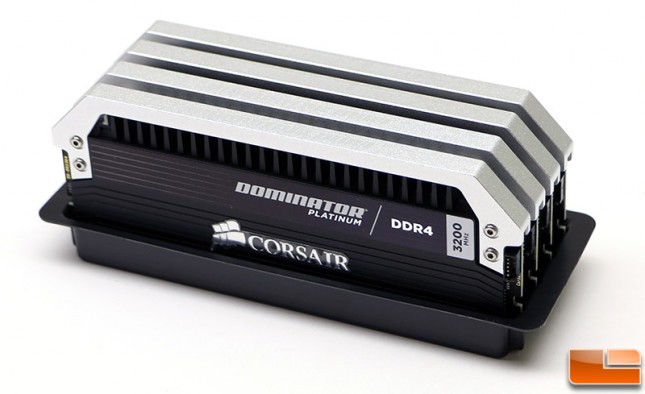 Aesthetics is a very personal, but we think the Corsair Dominator Platinum series looks good as the black and silver color combination goes with most any system built. If you are using the Dominator Platinum Airflow fans you can change the LED color to whatever you like, which is nice for those that have a certain color scheme going on. The Corsair Link software is needed to customize the LED colors, but the software is easy to use and gets the job done. The LED light on underneath the silver bar on the module glows white and can not be changed.

When it comes to performance the Corsair Dominator Platinum DDR4 16GB 3200MHz memory kit was found to simple to setup thanks to the Intel XMP 2.0 memory profile. These kits are not plug-and-play, so you have to go into the UEFI/BIOS and either load the XMP Profile or the advanced users can manually set everything up. Once the XMP Profile is loaded you should be up and running at 3200MHz without issue. Our testing found that the XMP profile worked, but it left some performance on the table. Enthusiasts can go into the UEFI and manually tighten the timings and possibly overclock many of these modules if they wanted to do so. On our particular kit we weren’t able to overclock it up to 3300MHz, but we were able to tighten up the timings to improve performance. Running at 3200MHz with CL15 timings and a 1T command rate was nice and it did help improve or performance numbers in most of the areas we looked at.

The cost of the Corsair Dominator Platinum 16GB 3200MHz DDR4 memory kit that we looked at here today is $749.99 plus shipping. It should be noted that right now you can only buy this memory kit directly from Corsair.  This is a wonderful memory kit, but our testing showed there is not a large difference with respect to performance when it comes to DDR4 clock speeds once you get over 2400MHz. You are paying a premium for DDR4 overclocking memory kits, but when it comes to gaming or video encoding there is not much of a performance difference between DDR4 memory at any clock speed between say 2400MHz to 3300MHz. That really sucks as it makes it really hard to justify spending $750 on a memory kit when there isn’t a crystal clear real world usage scenario that shows the benefits of having such high clock speeds. If you know of a scenario where it does matter please leave a comment and let us know! If all you care about is overclocking and having the fastest memory kit around this doesn’t matter, but it might to those that are looking for overall system performance and the cost of building such a system.

We’ve used nearly a dozen DDR4 memory kits since the Intel X99 platform was released and right now one of the stand out memory kits is the Crucial Ballistix Sport 32GB (4 x 8GB) 2400MHz DDR4 memory kit that has an MSRP of  $392 (currently sold out). We reviewed this particular kit last week and we were able to overclock that kit of memory up to 2666MHz with impressive 12-12-12-30 1T timings. Those results were included in this review and many of you might have noticed that that kit with those timings was able to perform very close to this memory kit and at a fraction of the price. Not bad considering the Corsair XMP profile boosted up the cache frequency to 3100MHz on our Intel Core i7-5960X processor while the the Crucial DDR4 memory kit left it at 3000MHz. Corsair is asking $850 for a similar kit of memory with respect to the clock frequency and capacity, but Corsair can not match the timings due to the difference in DDR4 IC manufactuers. The Corsair Dominator Platinum Series of DDR4 memory is impressive, but it is costly.

The Corsair Dominator Platinum Series is called the most advanced DDR4 memory modules in the world thanks to Corsair Link interface, Dominator DHX cooling solution and the configurable and upgradeable top bar and light pipe (The Corsair Light Bar Upgrade Kit Runs $22.99 Shipped). It is tough to argue that there is a memory kit that comes close to matching or offering these features, but many of those features are purely aesthetic these days. DDR4 memory runs so cool that fans aren’t needed, we can all live without LED lights and the temperature monitoring software isn’t required. Many of the features that make this series unique doesn’t separate Corsair for their competitors when it comes to raw performance numbers. The one stand out feature that the Corsair Dominator Platinum DDR4 series has going for it is the hand-picked memory ICs and legendary Corsair reliability and lifetime warranty. If you are looking for a kit that is unrivaled when it comes to overall features with clock speeds that are among the fastest in the world, the Corsair Dominator Platinum DDR4 series is right for you. If you are concerned about price you might want to look at the Corsair Vengeance LPX DDR4 series where you have less bells and whistles. You can pick up a Corsair Vengeance LPX 16GB 2800MHz kit with C16 timings for $375.25 shipped. That is $125 less than the comparable Corsair Dominator Platinum Series 16GB kit with the same clock frequency and timings. If you want a kit that is over 2800MHz you have to go into the Corsair Dominator Platinum series as those are all hand-picked parts.

The Corsair Dominator Platinum Series 16GB 3200MHz DDR4 memory kit certainly won’t be winning any value awards, but it is an impressive memory kit and if you want some serious overclocking memory this kit should do the trick.

Legit Bottom Line: The Corsair Dominator Platinum Series 16GB DDR4 3200MHz C16 memory kit (CMD16GX4M4B3200C16) is the fastest memory kit that we have tested to date, but it is also the most costly. 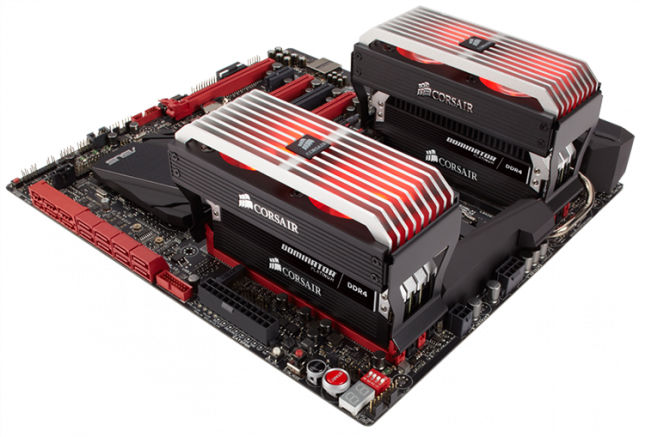