Corsair has proven time and again that they are a true innovator in the PC gaming market. Corsair’s part in the high-performance parts for PC builders is well known in recent history. Corsair is much more than the DRAM manufacturer that they built their name on. Legit Reviews has had the privilege to review a lot of hardware from Corsair including their PC cases.

Corsair has had a lot of success with their Obsidian and Graphite series. Corsair listened to see what is best for builder’s in both series and create the Carbide series. This case series is claimed to be a case built for builders. This case boasts all the room a PC builder could use for installations and air flow. The tag line Corsair is using is, The Corsair Carbide Series: Everything You Need, Nothing You Don’t. The Carbide 400R comes in graphite gray and black only. The step up from the 400R (CC9011011-WW), the 500R, which will be in available white. Both cases are shipping now, but full availability of the Carbide case series will be in September 2011. 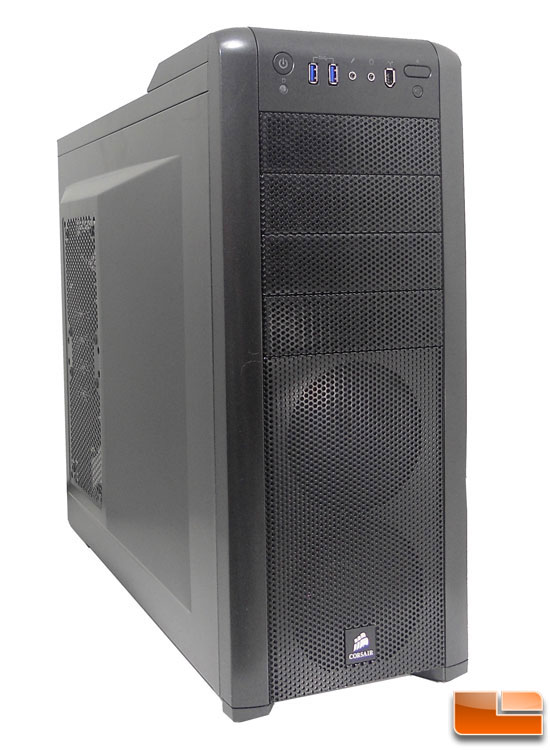 Due to the case being release in the near future we do not have a link yet to pricing. Corsair claims to be releasing the Carbide 400R at $99. This will set the pricing below the Obsidian and Graphite series. The ease of use and styling at this pricing, Corsair notes should quickly separate it from the competition.

Manufacturers always will give you some kind of warranty. Corsair traditionally will give a fair warranty on it’s product and the Carbine Series is no exception. There is a two year warranty out of the box.

Corsair clearly states this model is built for builders. Out of the box the cooling is pretty standard with two 120 mm intake case fans in the front, and one 120 mm exhaust fan in the back. What appears to make the cases a great use is the flexibility in cooling. Although three fans come installed, a total of ten fans can be installed or even liquid cooling options. We will take a further look at the inside of the case in this review. Below let’s take a look at what this case has to offer.

Here is a statement from Corsair about the Carbide Series 400R.

The Carbide Series 400R is the perfect chassis for PC builders and enthusiasts who want the latest features, great cooling performance, and lots of room for expansion, but who are more price-conscious than buyers of the high-end Graphite and Obsidian Series chassis…

…The 400R’s great expandability and superior cooling performance is matched by its support for the latest technologies, which includes 2 x USB 3.0 ports on the front panel (with an adapter for USB 2.0, if the motherboard doesn’t support USB 3.0), and even native support for solid-state drives in the six quick-release HDD caddies.

And despite the lower cost compared to Obsidian and Graphite chassis, the Carbide 400R still includes our famous Corsair cable routing system, so that your build will go smoothly, be enjoyable, and look professional with clean airflow too.