3DMark Vantage is the latest release for Futuremark. Designed to push the latest and greatest graphic cards to their limits, the 3DMark series has gradually shifted from a GPU test to a system test. Both 3DMark 2006 and 3DMark Vantage feature CPU tests that rely solely on CPU and memory performance and it is in these tests we should see the largest improvement. 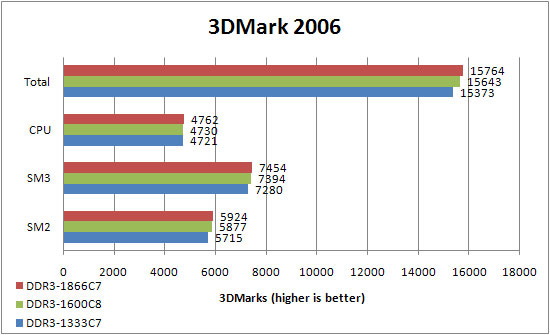 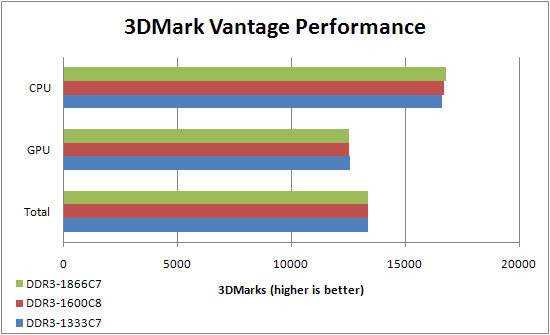 3DMark 2006 scaled decently with the boost in memory speed. I’d attribute this to the GPU tests having room for improvement with the increased memory bandwidth with the GTX 285 being used. With a faster GPU I imagine we’d see even greater scaling with memory speeds. 3DMark Vantage with the Performance preset hardly scales with only the CPU test scaling noticeably. This isn’t too much of a surprise seeing as with the Performance preset the GTX 285 is the system bottleneck.