Cooler Master is no slouch when it comes to CPU cooling solutions. Today theyre introducing two new products to the MasterAir series, called the MasterAir Pro 3 and MasterAir Pro 4. Previously the MasterAir series was only comprised of the Maker 8, which is a highly decked out air cooler, included dual LED fans, and overall the cooler is pretty pricey. The coolers that were looking at today are a quite a bit more budget friendly and include a single non-LED fan needless to say, theyre not as fancy, but still designed to be a very good general cooler. 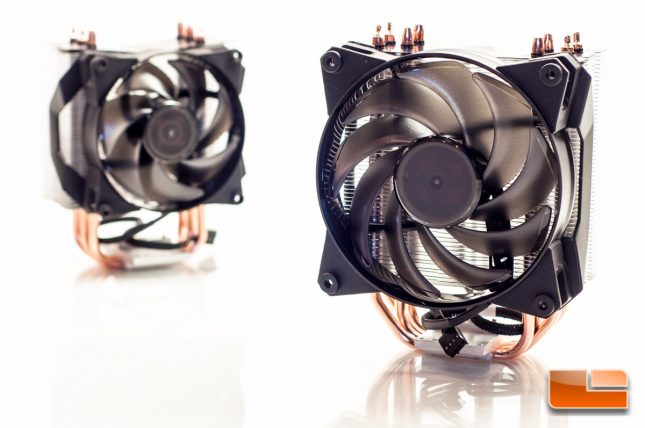 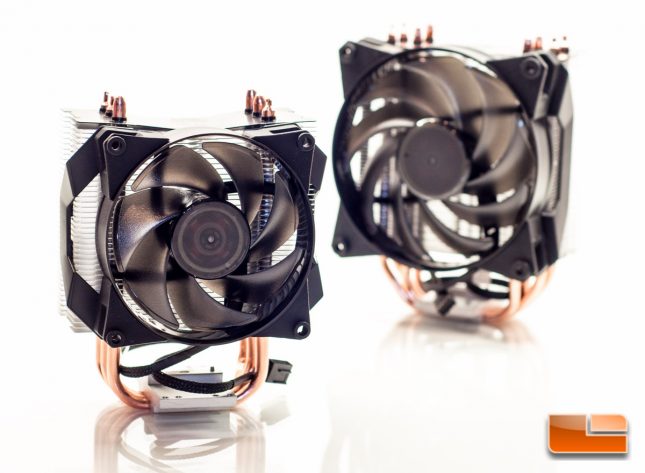 MasterAir Pro 4 is a decently larger cooler compared to the Pro 3. One feature that you will notice is that the Pro 3 has three heatpipes while the Pro 4 has four.

Both of these coolers look really nice and appear relatively simple to install, but we will find that out in later sections. First, lets take a look at how these coolers are packaged and take a quick look at them.