Breaking Down the HAF XM

Cooler Master has simply mastered the art of the PC enclosure. The HAF series has showed time and time again it is up to the challenge of keeping up with the wants and needs of PC enthusiasts. The HAF XM is one such PC enclosure, mid-tower format, which will meet nearly any builder’s desires. Cooler Master states on their web site “…This comes from an endless drive to deliver world class quality service to customers.” I would have to agree that the HAF XM would fall under that statement of world class quality. 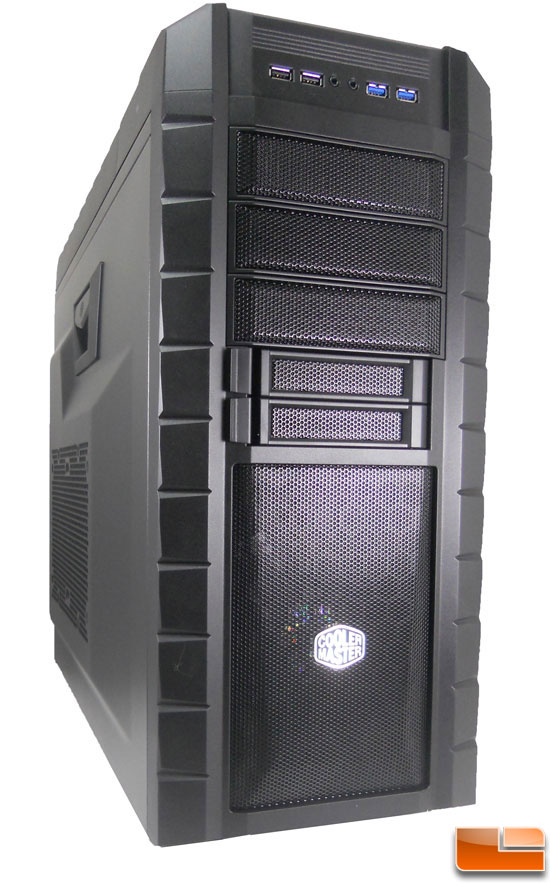 HAF XM Continues the Series on the Right Foot

The HAF XM is more than just a PC enclosure mid-tower on shiny dial feet. The case is anything a PC enthusiast of today’s market could want. Cooler Master brought nice innovations to this model and other manufacturers should take notice.

The Cooler Master HAF XM is impressive on every level. In past reviews I find at least one item on a case that is easily breakable. I didn’t feel this way at all about every part of this case. Innovations such as the X-DOCK feature and an SSD mount behind the motherboard tray just shows how Cooler Master is thinking out of the box. I also get a “GO BIG OR GO HOME” attitude with how the cooling is set up. The number of fans and included 200 mm fan help prove this point.  I also love the fact the LED light has a button on the top of the case to turn it off. When I am working in my office I personally would like it off. When at a LAN party it’s perfect to have the HAF XM glowing red. Talking about LAN parties, the newest NVIDIA SLI and AMD CROSSFIRE cards will fit without a hitch. The most simple but equally amazing feature is the sliding box to hide wires. It is amazing that this feature hasn’t been thought of before. I even have to give a nod to the manual that comes with the case. It is very easy to follow and shows you how to use and install all the main features for the HAF XM. The $129 price range may make some builders shy away from this design but I personally think it is a great value!

I am trying to think of anything that bothered me about this case while building it. I have come up nearly nil. The only thing I can complain about it that I had some trouble connecting my PSU four pin Molex power connector to the front case fan. There also was a typo on the box for the size of fans that can be used on the hard drive cage. Not really much more to pick apart here with the Cooler Master HAF XM, so time to move along.

Comparing to the Competition

I constantly kept thinking of the Gelid DARKFORCE while building the Cooler Master HAF XM. I praised the DARKFORCE and I have to say the HAF XM is on par, or maybe even a nose a head. The DARKFORCE was full of innovations like my favorite feature, the external SATA docking connection on the top of the case. The HAF XM competes with this feature with the X-DOCK that can have two drives installed at the same time. The behind the motherboard SSD drive is brilliant. The fans that are stock with the HAF XM are larger than the DARKFORCE fans. I feel as though for a few dollars more you are getting a lot more value in your PC enclosure. Although both the DARKFORCE and the HAF XM have similar features if you have a $129.99 in your budget for a case, buy it!

The Legit bottom Line: The Cooler Master HAF series has been around for years now. Somehow Cooler Master continues innovating this series, like the HAF XM, to make PC enthusiasts stay loyal for their next build or envy your friend’s during the next LAN party.